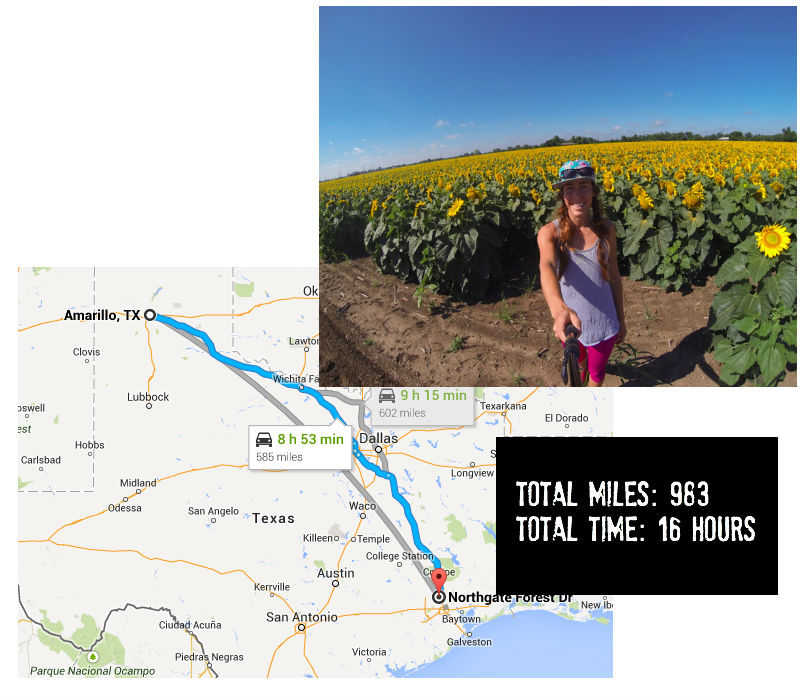 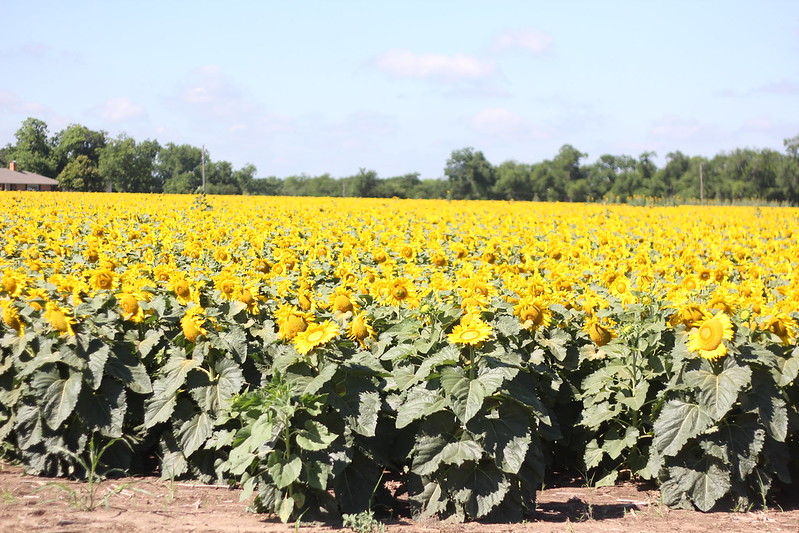 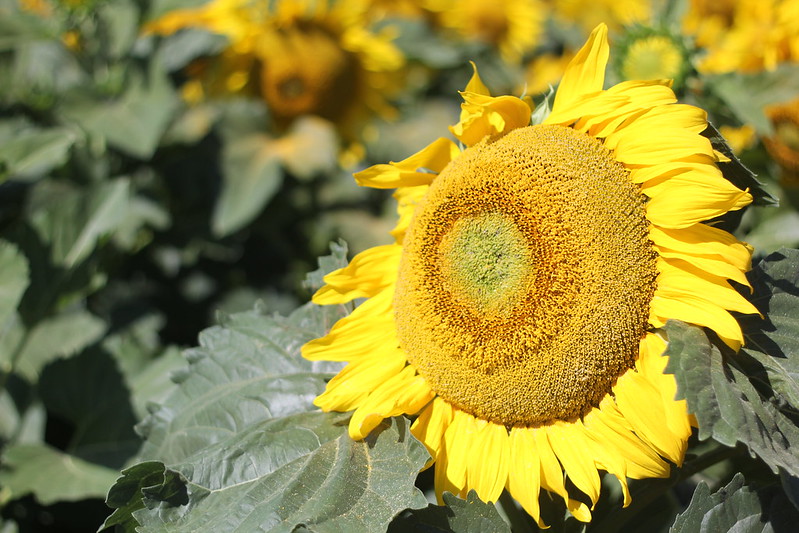 When I was around 9 my favorite flower was the sunflower. It was the 90's of course, sunflowers were all the rage (and apparently they are coming back). Sunflowers are warm, bright, and just happy. The last picture above of the sunflower reminds me of me. The wind was blowing, totally messing up its petals, it was looking as though it was facing the sun, smiling, and though not perfect it still made someone happy (me).

This was a 9 hour journey, and when one has NOTHING to look at, well the mind has a lot of time to think over things. John Steinbeck seemed to agree with me. For a majority of the ride I listened to "Travels with Charley" a John Steinbeck book. The man travels America, and unlike Philip Caputo who was traveling around asking Americas what held us together as a nation, Steinbeck traveled to BE with the people & America. Just another old man traveling, and leaving me laughing and nodding in agreement.

But when I WASNT listening to Steinbeck, I was in a mood. A mood of feeling as though I am incapable of fending for myself. First comment to set off this mode of thinking was about 6 years ago. I had been at Mark's grandparents house and talking to his Paw Paw, and explaining to him, that I would make the drive from __ to __ (I can't remember), but he said "You think you can make that drive all by yourself?", I said "If the pioneers came over in covered wagons with 6 kids, and wearing a dress, well I think I can make the drive in a car with a/c", his response "Now I am not saying you can't do it, but we don't live in the same world as the pioneers". Yeah, there are crazy people out there, but to stay off the roads in fear?

Next comment (there are only 3, that I can think of), this was only 2 days ago. I was explaining to Lisa that I would drive into Amarillo, and was thinking about just camping. "No no no no no. You don't have a gun". Really? Though there have been multiple times in our little shenanigans that I have turned to Lisa and said under my breath "You got your gun?",  "You bet your ass I do.". As a compromise to please Lisa, I ended up promising her that I would buy mace. I had to, she was looking at me like I was going to die.

Last comment was husband. Well it was multiple messages "Becareful", "I worry about you on the road" …. blah blah blah. For heavens sake! Does everyone have a death wish out for me? All this is going through my mind as I am driving, then out of nowhere while listening to my book, John Steinbeck talks about his safety while out on the road, and how though he didn't plan on hunting, he would still carry fire arms, because you just don't know what is out on the road. That book was written in 1961. I live not in the world of pioneers headed west, or in the 60's, but in a sick and demented world of 2014.

How can one live in fear? Would any travelers or adventurers truly enjoyed their experience if they were hiding in fear?  I agree that there should be some fear, but only enough for you to respect the unexpected.

Last night when I got into Houston, I stayed up and talked to Marks parents a little bit. I told Marks dad of my driving plans. Here I at least, had one person that didn't doubt my ability to drive a couple of hours. He only stopped, pawed at his chest, while at the same time you can see his eyebrows twitch just the slightest bit, these are times that I know he is accessing the situation, mentally checking the pros & cons, and also choosing his words wisely, because he knows you must use words wisely in order to not sound like a dick. Once his mental process was complete, he put his hand up, and said "Just send me a message when you get there, so we know you arrived safely". Then continued on to tell me routes that his motorcycle groups take, all this with his wife in the back ground slightly shaking her head and saying "No YOU, can ride the motorcycle all the way down to Key West. Is there a train?".

The highlight of the day was the sunflowers, it was also my only death near experience. I had just crossed over into Waxahacie, TX and there on the left were the flowers. I could see everyone pulled over, and I even leaned over the steering wheel, squinted my eyes and asked my self "Are those big ass sunflowers?". In a split moment I check my side mirror, tore ass across the lane into a turning lane, all the while doing 75 mph in only 200 yards. I had that split second thought of "HOLY SHIT WHAT AM I DOING!?? I'M NOT GONNA STOP", but on the outside I had to make it look like I was a stunt car driver, and that my little mini mini van was a jazzed out Mazda Miata. Fake it till you make it.

Oh! How could I forget? So I walk into one of those HUGE gas stations that dot the bare road of HWY 287. I had 3 goals: Map, postcards, ice-cream. Lucky enough to find 4 different iceboxes of ice-cream and a FULL rack of Texas postcards, but where are the maps? I walk up to the register and ask the clerk, he then says "I got one right here", he then crosses his arms, has one hand pointed up, the other down, then says "HA!" while crossing his eyes. Totally wasn't expecting that and had an awkward moment of me just staring at him, while he just stood there with his arms all weird. "uh, what? ha. ha. ha?". It was around 15 seconds of awkwardness.

“Once a journey is designed, equipped, and put in process, a new factor enters and takes over. A trip, a safari, an exploration, is an entity, different from all other journeys. It has personality, temperament, individuality, uniqueness. A journey is a person in itself; no two are alike. And all plans, safeguards, policing, and coercion are fruitless. We find after years of struggle that we do not take a trip; a trip takes us. Tour masters, schedules, reservations, brass-bound and inevitable, dash themselves to wreckage on the personality of the trip. Only when this is recognized can the blown-in-the glass bum relax and go along with it. Only then do the frustrations fall away. In this a journey is like marriage. The certain way to be wrong is to think you control it.”
― John Steinbeck, Travels with Charley: In Search of America