Travel Journal: Mike With No Legs 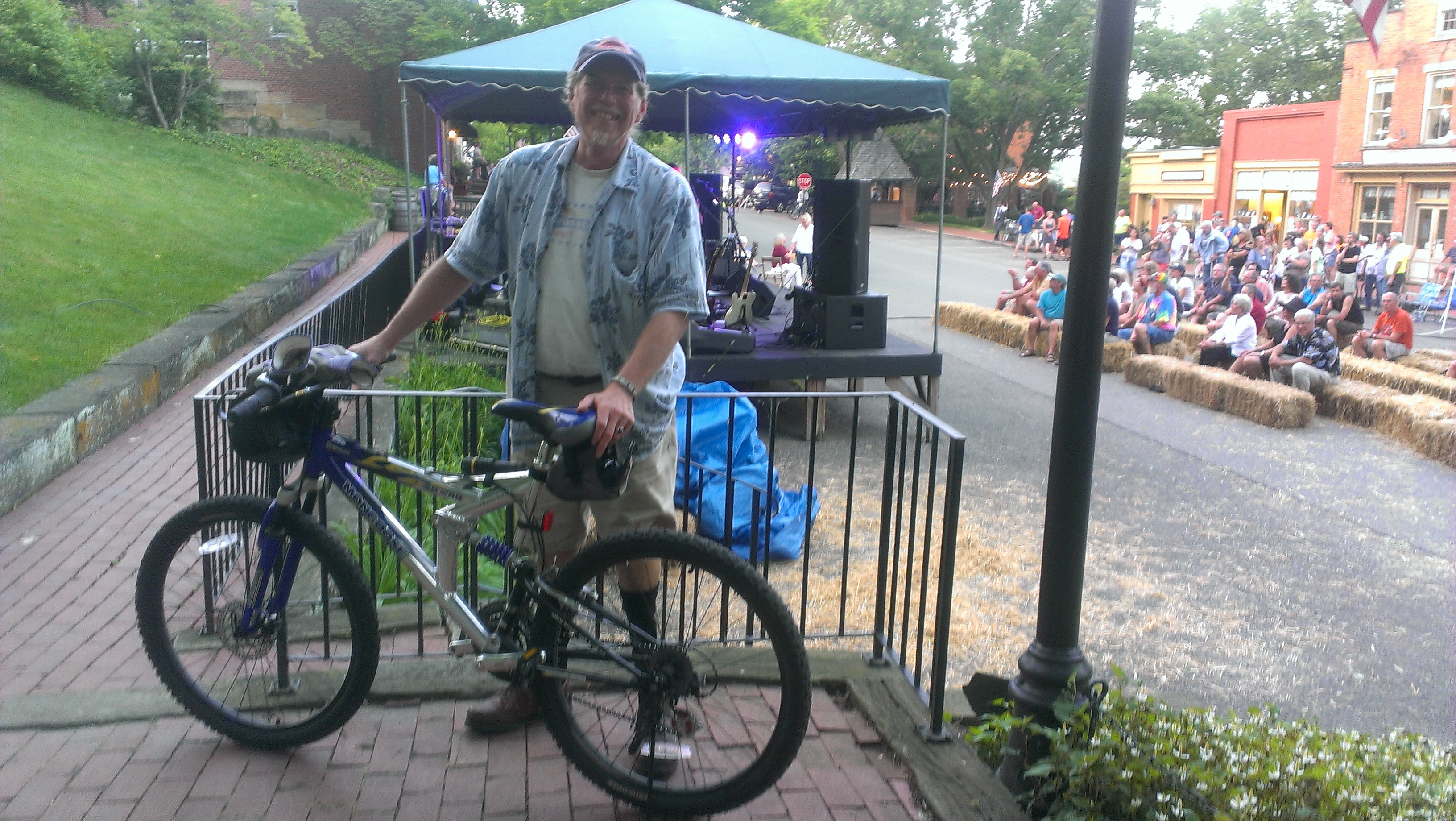 Seeing him ride up, yes RIDE up on his bicycle was both unbelievable and impressive.  A very small percentage of people ride their bikes, let alone a man with two prosthetic legs.

Mike was injured as an MP in the Vietnam war. He lost his left leg below the knee on a day he’d rather not “relive”. His right leg was damaged profusely, but he lived with it “for 10 years too long” before he opted for a removal as well. “Make em’ even” he insisted with the doc.

The Vietnam vets were not welcomed back with open arms like our Soldiers from today’s war. In fact, they were treated poorly, BAD. They also didn’t have “PTSD” or treatment options. They were expected to conform back into society as if they hadn’t just witnessed the sheer massacre of the Vietnam War. So Mike did what he thought he was supposed to do and went to college for a few years. Unable to fit in or function he dropped out and traveled around working dead end jobs here and there.
“I felt like a … I don't know, I was just trying to survive."

He ended up back in his hometown of Coshocton, Ohio where he umped for several local (and surrounding area) softball organizations. He spoke very passionately about the work he did as an ump. Of course, he eventually had to give this up as well as it was “just too much” without legs.

“I see these young guys, they think their life is over when they lose a limb. Well hey, buddy, I lost two and I’m riding a bike!” Mike’s positivity was inspiring. Unable to work, 100% disabled ("my daughter says, 'dad, you're not disabled, you just don't have legs'. Darn right!"), he rides his bicycle and tries to “get out” as much as he can. He laughs and rolls his eyes a little, "the judge won't let me drive anymore."

One word to describe Mike, COURAGEOUS.
He laid on his living room floor for 3 months. In pain. In self pity. In regret. Terrified. But one day he decided to get up and start living again. His legs were taken but his spirit remained.

Mike reminded me not to take my life (as I know it) for granted, not to feel sorry for myself, and not to take myself so seriously...

I'm excited to add this part... I met Mike Monday night. I asked him if I could blog about him and take a picture. He has never been on the internet, "I'm off the grid." but I gave him my card for Tri Our Adventure anyway. I said, maybe you can have your daughter or buddy read you what I write. Tuesday morning Mike biked to GOBA'ville to find me (we have a board where you can leave someone a note). We inspired him! He wants to train and participate in GOBA 2015!! I'm so excited I'm shaking. I'm going to do everything I can to connect him to a challenged athlete program and get him on a more appropriate (and fitted) bicycle for his ABILITIES.

Every person you meet comes into your life for a reason.
Courage. Confidence. Determination.
If You Never Tri, You'll Never Know!