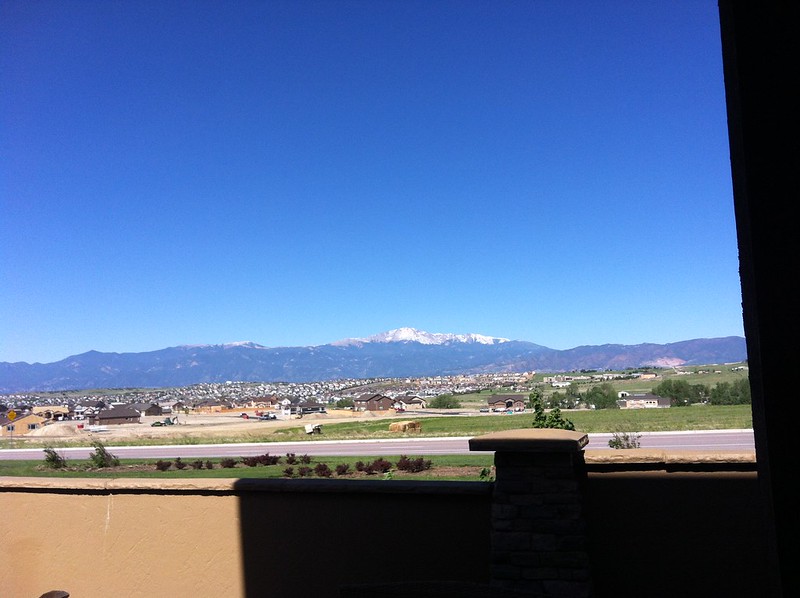 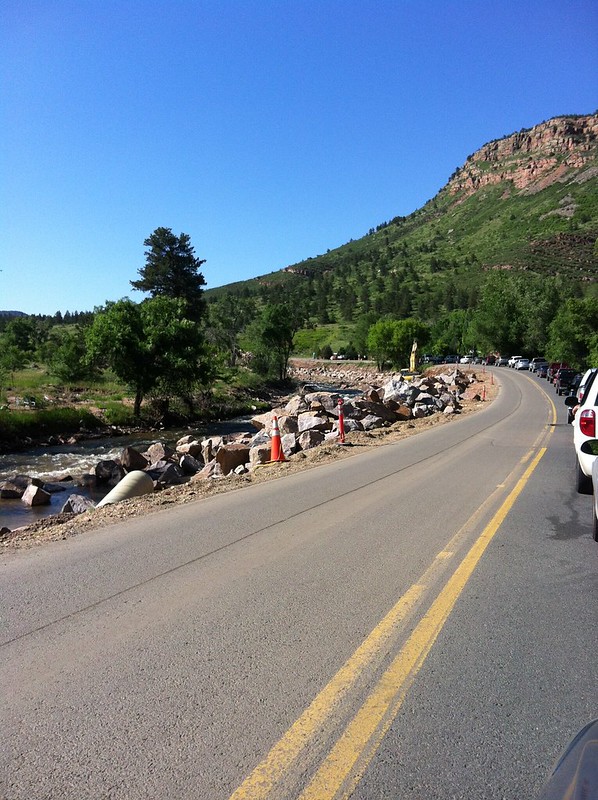 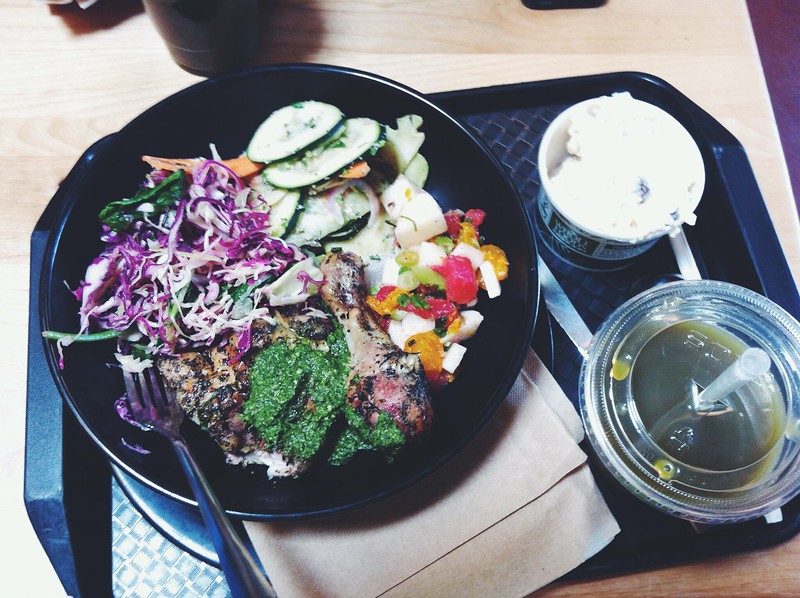 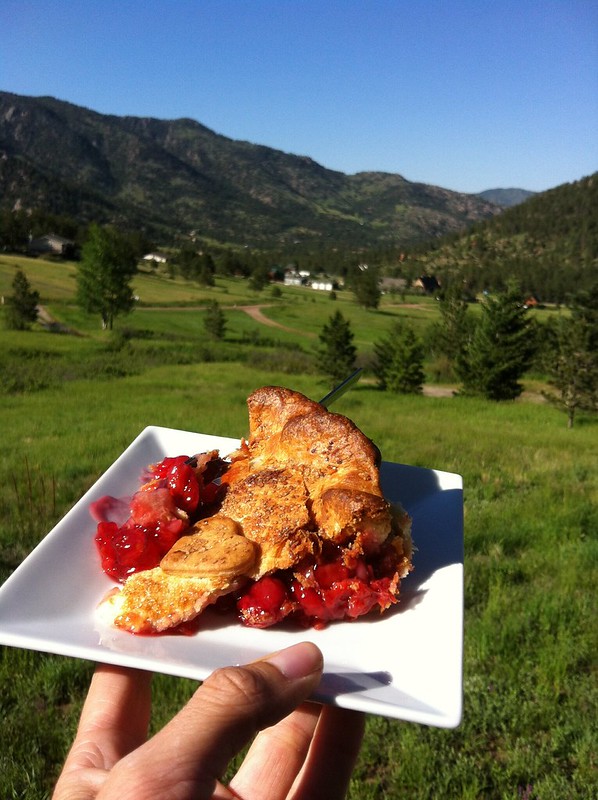 Its Tuesday after TRI camp. What happened to Monday? I think Coach and I had too much garbage, which lead to me throwing up in my mouth while on the trainer, and this before begging coach to stay indoors because I was FRIED from the weekend. The sun is intense here….But lets get back to my arrival in Boulder on Monday.

First off my Monday started off by waking up to the smell of bacon. Mmmm… I was cozy on the inflatable mattress downstairs in the posh basement of Josh & Lindsays in Colorado Springs. I slept like a baby all night to the quiet humming of the portable heater, it was just cold enough to have the heat going. It felt as though it should have been mid-October, not the beginning of June. The winds were coming in cold and fast there on the plains, and though it felt like 35 degrees it was absolutely gorgeous.

I spent most the morning chatting with Lindsay, talking up the boys, staring at Pikes Peak from the back porch and catching up on my blog post from the day prior. I really was so happy to be there. Again I can not express enough gratitude to both Lindsay & Josh for letting me crash at their place. It was so cozy and just perfect, that I didn't even realize the time, next thing you know I was on the road again.

It was a simple 2 hour drive. It was borderline PERFECT. What made it borderline was the Denver traffic. EVERY SINGLE time I drive through Denver I get caught in at least an hour of traffic. This time it almost had me fooled! I was happily cruising along, laughing to myself and the state of Colorado! HA HA HA! Denver, I am about to cruise right through you. Then once I hit downtown I was in a stand still…. whatever.

I ended up meeting Coach at the Boulder Whole Foods. He has JUST gotten into town as well from a week up in Portland, Oregon. It was great to see him. Hadn't seen him in person since the beginning of the year, before he informed me of his diagnosis with prostate cancer. So the first words out of my mouth were "Dang Coach! You look great!", don't know what I was expecting? But he looked happy, not as stressed as usual and a nice GLOWING tan. Tan? Hell, I would think he was a blue eyed Mexican he is so dark!

After a $21 Whole Food lunch, we rolled up the mountain to the lodge. But first we were stopped in a 45 minute delay. At first I was confused. Confused because Coach wasn't flipping his shit about the wait. Then he hopped out of his car, walked back to mine and reminded me of the flood that swept through last September leaving 15,000 people without homes.

I knew something was wrong when I was driving up. Why did it look so barren? Weren't there homes there before? Why are there so many rocks? It really is unbelievable the difference. Its actually scary. Scary to know that there were so many homes there. Scary because the water was so strong it actually destroyed a small town (post office, grocery store, everything, gone).  Its devastating. I need to send some props out to the road crews fixing the road though. They are doing AMAZING work. They have re-routed the river, and actually taken out portions of the mountain to create lanes, and use the rocks to maintain water flow. I would just love to have sat down in the meeting where they actually went over the plans to fix the road. "Well what we will do here is just completely blow this corner of the mountain off, leads plenty of room for a new road! Hell, we'll even throw in a bike lane up the mountain!".

Before rolling up to Coaches place I had to stop at the Colorado Cherry Company for a pie. Pie makes people happy right? Plus I would have been pissed if I didn't stop, and would have been staring out the window like an unhappy cat staring at the pie place and thinking of evil things.s

It was a great day. A simple day. We toasted the night up at Ed's Cantina in Estes. What more to say? Once you get to the mountains it feels like you turn on mountain mode, you slow down, enjoy the scenery,  be amazed at the wildlife, and wish you lived here (until it snows, screw the snow).

Lesson Learned: You will ALWAYS hit traffic in DENVER.