Know When To Hold Them; Know When to Fold Them 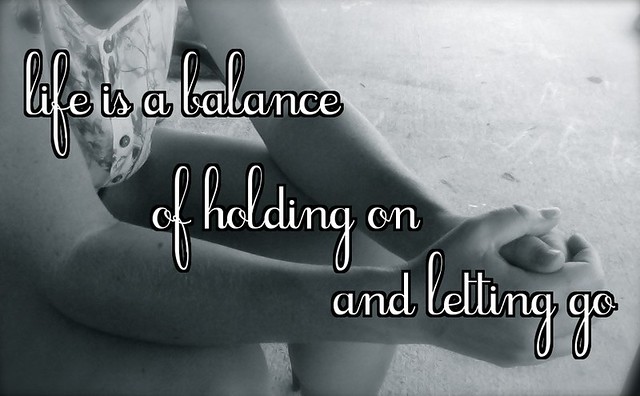 Albert Einstein claims, "Insanity is doing the same thing over and over again and expecting different results." Is this when we give up? When our actions are breeding the same results? Are we insane to keep trying or insane to give up? Do we try in a different way? I mean, in some instances, there's only one way to ride a bicycle...

I have a few suggestions of how to know when enough is enough but I'm open for a few more... How do YOU know ...

When Enough is Enough:
~ When your heart tells you. Intuition is strong. You know in your head, your heart, your GUT when enough is enough. You might ignore it, avoid it, swallow it down, but you know. I know you know you know. Ya know?

~ You might not be able to accept it, but your friends know and if they are brave enough to tell you, they are good brave friends. It won't hurt to listen to the people around you. But make sure they are true friends and they're being real with you. Don't let them encourage you to give up on something that is still in your heart to pursue.

~ When it's not fun anymore. If you're thinking about your "enough" as too much and it's causing stress, it's a chore, or you're no longer anticipating the joy of it...it's enough. If you're miserable and unhappy, why do it? Plain and simple: that's just stupid to me. Don't do ANYTHING that doesn't make you happy. Do you hear me? That's STUPID! We have one life. This is your life. Why would you do anything that doesn't make you happy !? Enough must be enough.

~ When you're so tired physically, emotionally, or financially that you just CAN'T do it anymore.

It's never okay to give up or quit. Especially without a fight. And you know deep in your heart if the fight is still worth it...
But sometimes letting go is part of the gig and you gotta know when to let go (see above suggestions).
Courage. Confidence. Determination.
If You Never Tri, You'll Never Know!