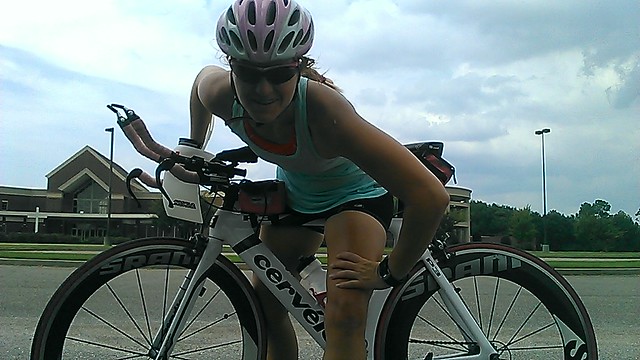 Tuesday, August 12, 2014: 2 hour bike on Grand Bear (think hills - south Mississippi type hills anyway) - 36 miles. Completed the first hour alone and then was joined by Josh, Luke, Stanley, Ian, and Allen. A really good day. I have to acknowledge: the bike ride, a great chat with Christina, heard from mom (she's surviving a 15 day hike, like, LEGIT hike), mowed the backyard (it's a jungle on the side of a mountain. For real), little bit of shopping (can't wait to show you my new dress!!!), dinner with a sweet friend, and just relaxing. My heart is calm. My mind is quiet. 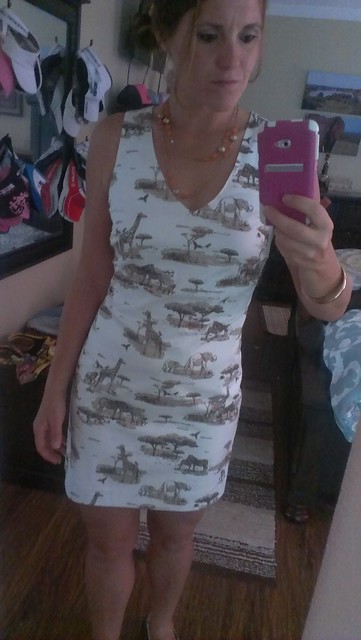 Wednesday, August 13, 2014: woke up entirely too early today. Unable to fall back to sleep, I had a dentist appointment at 8 anyway. Nearly put off my bike completely but it is when you don't want to do it the most that you should absolutely go do it. So I packed up and went and hit 60 minutes for 18.5 miles. Finished my day at RNT and prepping for One Coast Tri.

Thursday, August 14, 2014: lake swim this morning. Dreamt about alligators all night and was already dreading the anxiety I knew was coming. Showed up and it was just Luke and me. He tied his paddle board to himself for me. 1st lap (400yards) moderate anxiety. Had to pull myself together and (TMI:) shit in the woods. Realized all I'm fearing is fear itself. I'm not afraid of the swim, the water, the potential creatures...I'm afraid of the anxiety. Fuck that! !!language Lisa!! Sorry, you gotta get mad sometimes! Also realized during lap 1 that I forgot my waffle in the toaster. Dang it, I didn't eat breakfast! Lap 2 was way calmer and thought about the Oreo dessert I made. Luke said it tasted like banana. Dang it, I think I used a banana pudding and a french vanilla pudding instead of 2 french vanilla's **got home and checked trash, sure enough :/ The last 4 laps were nice and calm and even got faster one by one. Finished with 1.35 miles. Satisfied! 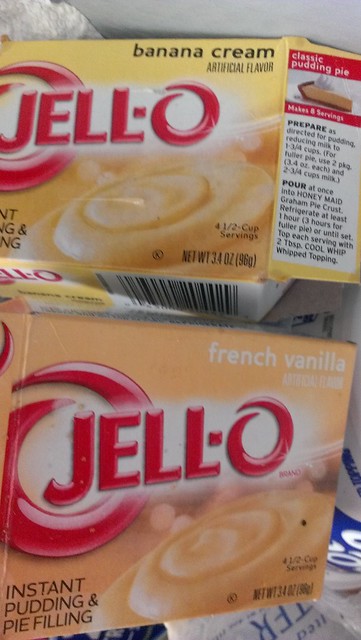 Friday, August 15, 2014: woke up super early this morning to get a 2 hour run in before the heat. It worked! Got 11 solid miles. Walked 1 minute at every mile. It's so much easier to run in the cool air (even though I love the heat too!!).

Saturday, August 16, 2014: another early morning to bike 4 hours. This time I had company! About 60 of my dearest friends! Our local bike club was doing a practice run for an upcoming 100 miler. Since there's a whole lot of us training for racers there was a whole lot of us to bike with. Folks biked anywhere from 20 miles to 100 miles. I opted for 3 hours and 50 minutes and hit 70 miles. My friends, J.G., Brandi, and David joined me for the fun. We hit it hard for the first 20 and I neglected my nutrition. Ya know, you don't realize how important nutrition is until it's too late... Luckily it wasn't too late, but any more miles, I probably would have bonked. A big thank you to Eddie (organized) and Danny (rest stop) and Allison and Amy and Barry and the GCBC (2nd rest stop). GREATLY appreciated!! Spent the rest of the day recovering in New Orleans. I don't know how much "recovery" happened with all the walking in 185% humidity! And I'm not exaggerating!! But I have heard that beignets help rebuild muscle ;) 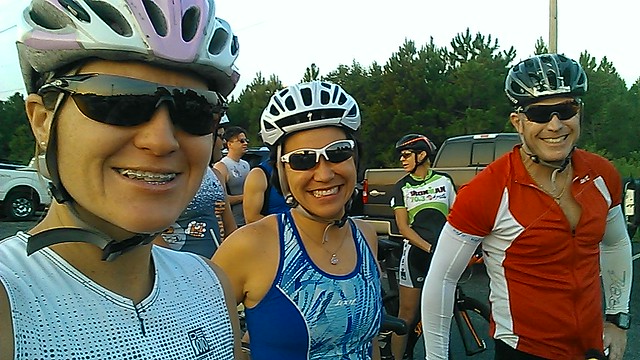 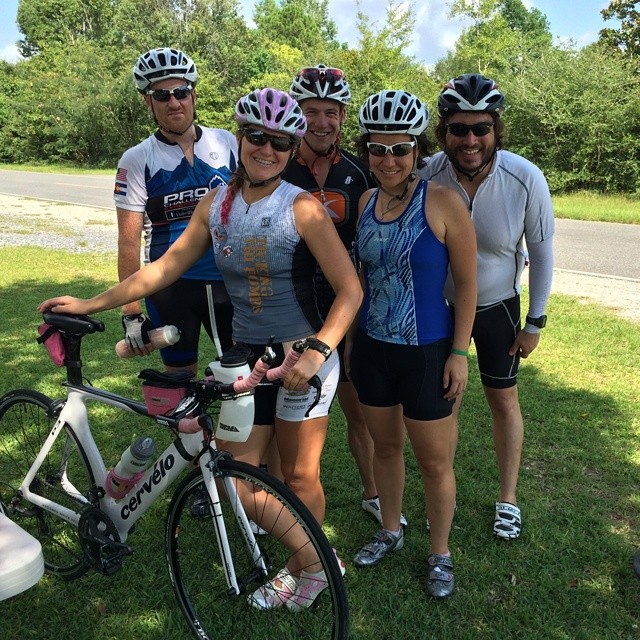 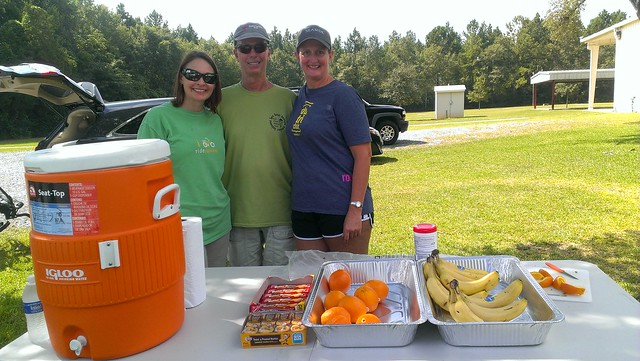 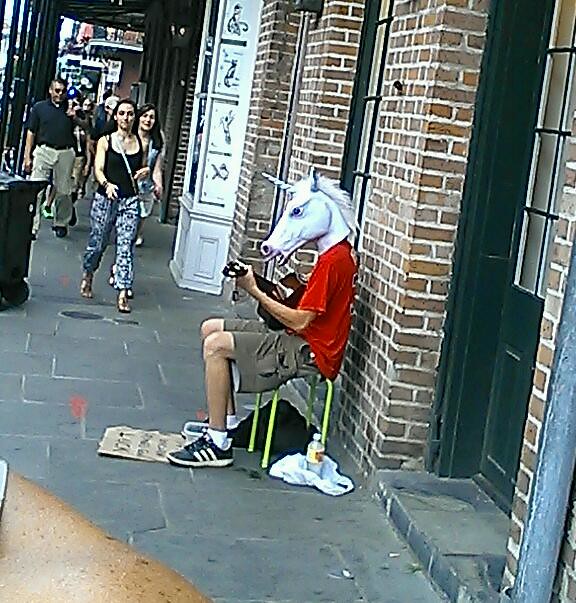 ^^^Apparently tipping unicorns in New Orleans is good luck !? Oh the things you see in NOLA!

Sunday, August 17, 2014: after breakfast at EAT (a brilliant New Orleans cafe) I got a quick swim in at the lake. Quick = freaked out in the lake again :/ I need a personal kayaker in that dang lake! It's okay though, I got plenty of mileage in the water this week. 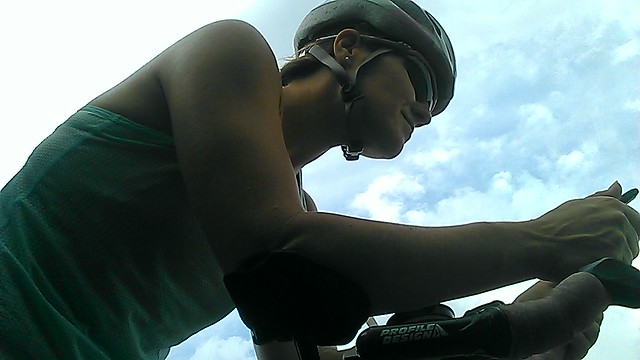