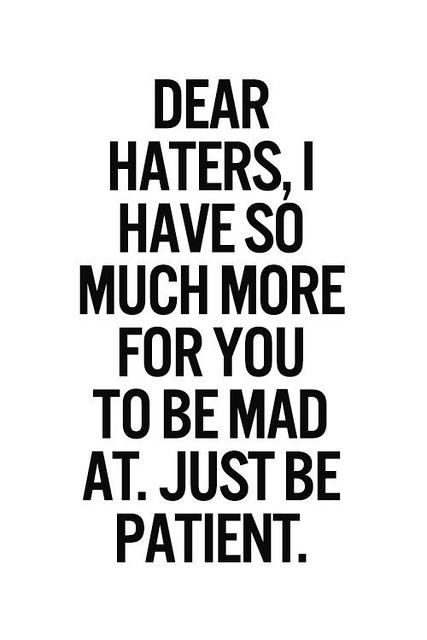 Are you ready to hear it? Everyone is judging you and you are judging everyone. Whether it's a simple critique or "hating", it's happening. Someone, somewhere, for some reason is going to project their insecurities, their negativity, their fears onto you and guess what, DEAL WITH IT. Take it as constructive criticism and change it if you also find it offensive, annoying, or ugly or take it as "haters gonna hate", kick some sand over it, and carry on...

But what IS the difference? 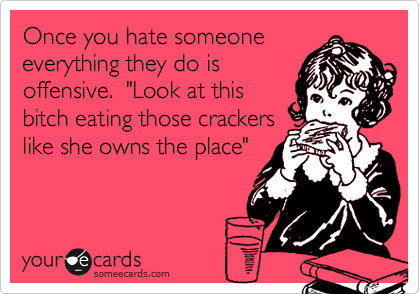 Critic/Critics/Critiquing: 1) not liking OR liking someone or something for a specific or justifiable reason - USUALLY CONSTRUCTIVE and productive OR OBSTRUCTIVE
Example: her hair looked healthier without the pink in it. <----- constructive, productive 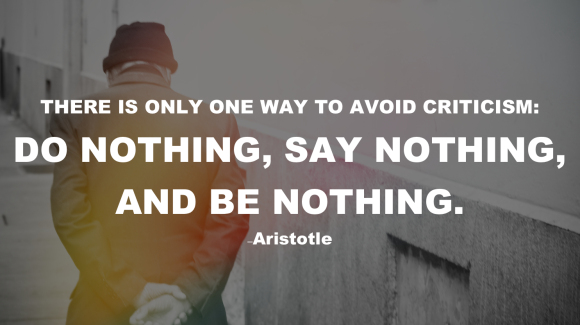 I would say a hater is perhaps jealous (not in the sense that they want to BE that person but just want to knock them down a notch or expose their flaws) while a critic has a justifiable opinion. A hater can't be happy for people's successes while a critic might find ways to improve the happiness or success of said people.

You don't have to be a hater. You can dislike someone or something for no reason and not be a hater. Just say and do and be nothing towards it. You don't have to mean and nasty. Don't be the jerk hating on someone for what they love. You don't even have to be a critic. But you're gonna be because we all are, so provide constructive criticism and support and encourage success. You know, the more I think about it, they really are the same thing. A "critic" is just a polite hater. But is it really such a bad thing? Are you mad at them? They are obviously big fans of your life... Something to think about it.

Disney said, "We are not trying to entertain the critics. I'll take my chances with the public." Look how successful THAT man was!! A true hero of our nation..
I love it. You just do you cause you're gonna have the "haters" and the critics no matter what.
Make choices in life that are right for you...

Truth is, everyone's entitled to an opinion ... just not all of them have to matter!
Courage. Confidence. Determination.
If You Never Tri, You'll Never Know!