It's Not Taboo Anymore 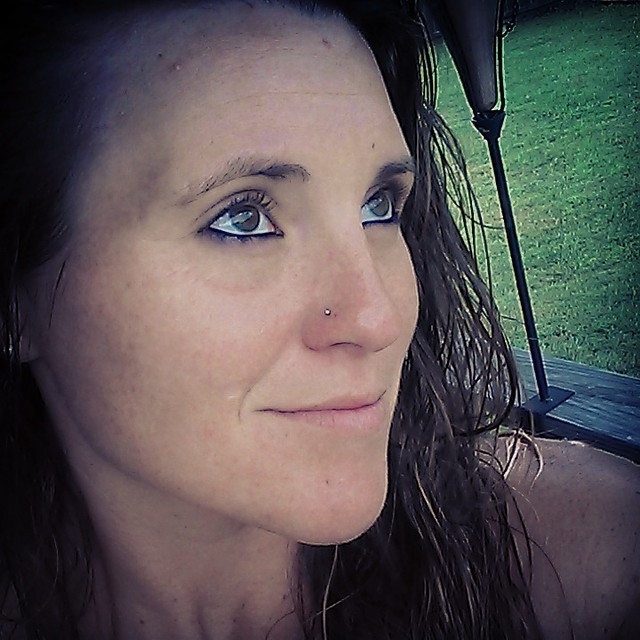 I think we've nearly reached a society where things that were taboo before are becoming less so. The top two "things": tattoos and piercings. I think they're even mainstream!

Tattooing is actually one of the oldest forms of art. In some areas of the world, tattoos represent status, tribe, wealth, and skill set. In our part of the world, tattoos were previously associated with sailors, pirates, freaks, and prisoners. We now see art on the bodies of celebrities, athletes, and professionals. No longer are tattooed bodies those of deviants or "bad" guys and gals. In fact, you can hardly know or tell WHO might be hiding a tattoo.

With body art becoming so popular and mainstream, piercings are very common to see all over the body as well. From looking outrageous and painful to cute and classy, every person rocks their piercing in such an individual and unique way.

Over the years I have collected multiple piercings. Some I have held onto (ears, belly button), some of which I've let go (eyebrow, tongue). I have several tattoos as well. Some I love more than others and some, well, I was young. ~what was I thinking!? But each piercing and tattoo represents a piece of who I was at that time.

Ha ha, I remember the first time (I was 17) my mom saw my first tattoo (an elephant on my belly). We were at the doctors office and I had to lay on my side. Oh no oh no oh no.... "LISA JENNIFER! Please tell me that washes off!" Ummm, it washes off ??? But not really...
She was less mad than I thought and even made fun of me (if I ever get pregnant or really fat, it's gonna blow up). I know mom, I considered all that. But not really...
She made lots of fun of me too when I decided I wanted my tongue pierced. It swelled up so large I couldn't eat for days. I'd cut my food into tiny little pieces and stick them in the back of my mouth. She kind of just shook her head at me. She knew I was a bit of a free spirit rebel. And she admitted that my choices of piercings and tattoos were "cute".

So needless to say, when I called my mom yesterday and said, "I'm going to get my nose pierced", she wasn't surprised.
Let's talk about that...yeah, it was pretty spontaneous! A few days ago, a friend said, "You should get your nose pierced. I think it'd look really cute on you."
No way! I don't want the stigma that goes with it. Wait a minute? Why did I just think that!? I don't care about stigma. Or better yet, how about I CHANGE that stigma!
Why does my nose being pierced have to say anything about my character other than I HAVE MY NOSE PIERCED !? So after my swim I stopped at Jack & Diane's and did it (twice actually... a not so funny story about how the first nose ring was bent and they couldn't get it through so they had to re-pierce it with a new needle and a new nose ring that wasn't bent. Holy hell, getting your nose pierced HURTS. Twice.). 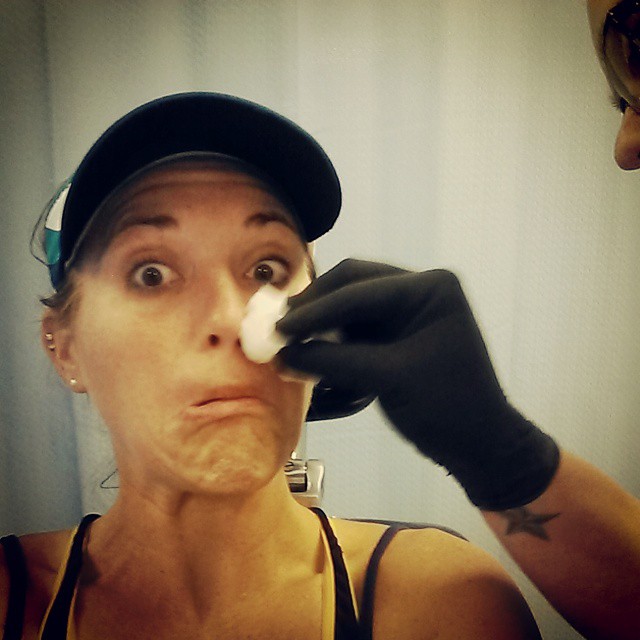 I feel like this piercing represents my spontaneous nature and overcoming a stigma (that even I apparently have) (had??) that I don't want to see exist anymore.

BE THE CHANGE YOU WISH TO SEE.