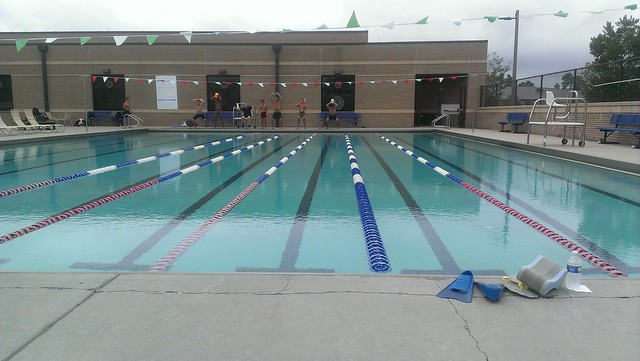 Monday, August 25, 2014: it's not hard to get your swim in when you have Navy Seals training at the other end. Just saying! ;) I've got a swim focus week... So let's focus on the swim! 3,000 meters done in the sun (and the rain) AND got a great training session in with one of my athletes.

Tuesday, August 26, 2014: how about a 4am wake up for another swim. Snuck into eFit and hit another 1,500 meters. Spent the rest of the day getting ready for One Coast Tri (the triathlon that we are hosting locally). Just as I was getting ready to go bike I get a text from Luke, "Biking 50 tomorrow (for Sam's birthday) 0730." I'm in!! So I will ride tomorrow. And run. And swim again.
The night ended perfectly though with pearls, photographers, and dolphins! Read more hThursday, August 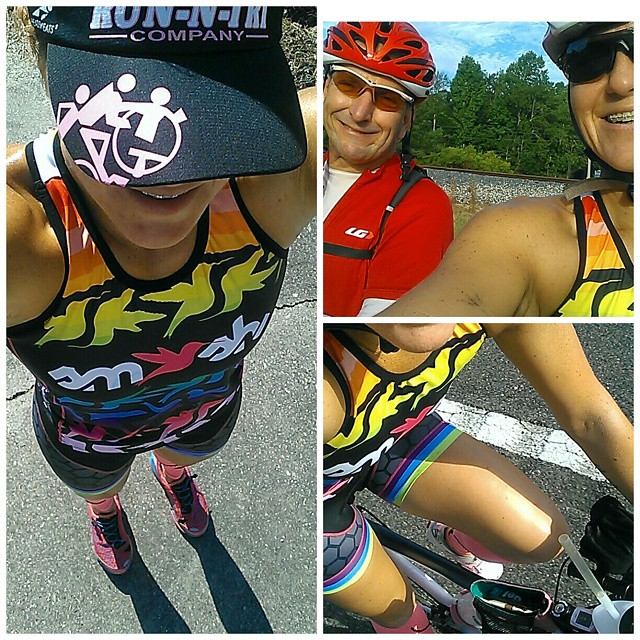 Wednesday, August 27, 2014: Happy 50th Birthday Sam! He wanted to ride 50 miles for his 50th birthday so he did! I joined him for the first 50 minutes and finished with about 90 minutes followed by a 30 minute brick run. From there, the day has been chaos! Ready?... rushed home, changed (no time for shower), chiro appointment, stopped by the shop to get some work done and congratulate Josh on his Ironman with cookies in tow, shot over to Keesler for my monthly shot, grabbed a few minutes with one of my bestest friends on earth that is here from WA visiting, back to Gulfport to pick up triathlon t's from Elite (only the BEST screen printing on the coast!), had to hit up Sam's for a  few bulkish items, and raced home to make sure Jake is fed and potty'ed. I really want to go swim!!

Thursday, August 28, 2014: just a bunch of errands today in preparation for some upcoming races. Finally snuck a swim in at eFit this evening. 2350 meters. Less than I was supposed to but more than I thought I'd get. The truth is, the only reason I got more in was because the swim team showed up and their coach was trying to kick us out of the pool. Um, NO! We are paying members, I'll get out of the pool when I'm DONE with my swim <--- see, I'm feisty! So I pushed it out to an hour. Ha. I bet I showed him... ;)

Friday, August 29, 2014: I didn't get a single bit of training in today!! Ahhh, I'm going a little crazy! Sigh, Grrrr, Ahhhh... But I have good reason. We are hosting this tri on Sunday and I'm just busy. Worked at the shop all day and handled packet pickup for the racers. I COULD have done something after work but a few errands put me past dark. Plus sushi, pinot noir, and a movie sounded so much better... 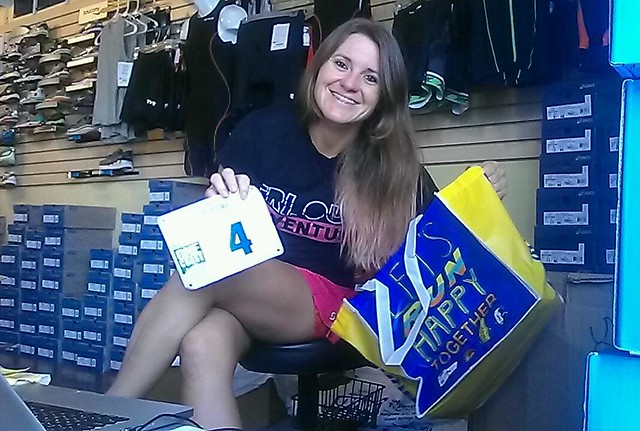 Sunday, August 31, 2014: we (Run-N-Tri Company - the tri shop I work for) hosted a triathlon today. So while I was definitely running around for nearly 12 hours... I didn't get a workout in. That's okay...tomorrow is BEAST MODE. And I'll be tapering down for a 70.3 next Saturday anyway... Oiii, I don't know how much more "downtime" my mind can take!!!! AHHHHHH!!!!!
Courage. Confidence. Determination.
If You Never Tri, You'll Never Know!