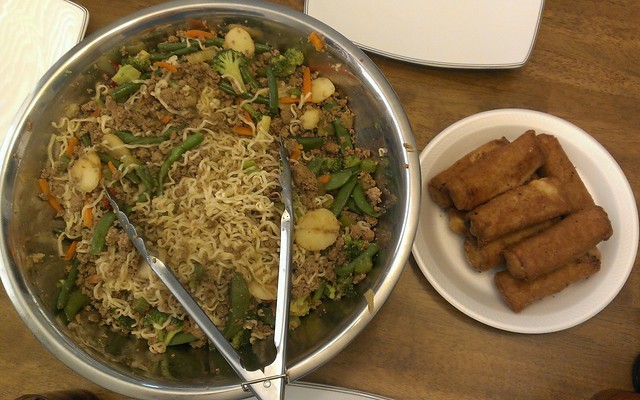 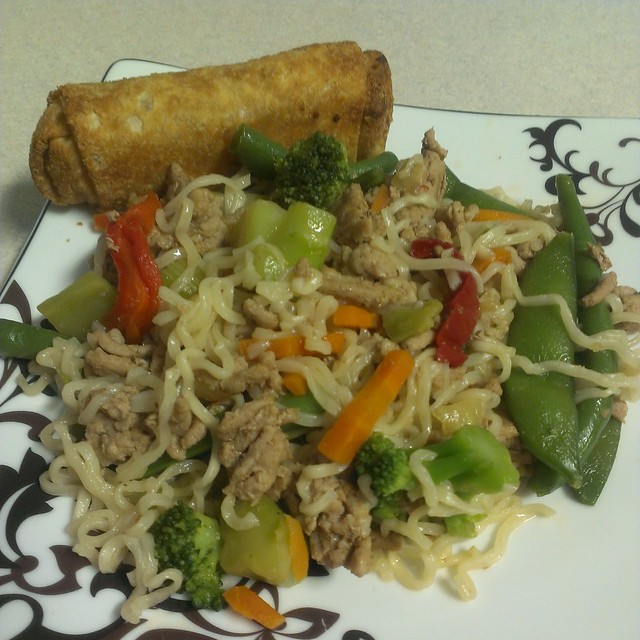 And quite delicious.
And cheap.

Did you know I love to cook? It's true!! Especially trying new things and/or throwing things together. It's kind of my "specialty". This is probably a recipe somewhere already, but I made it up as I went!

For two (and leftovers):
What you need:
2 packages of Beef flavored Ramen noodles (but you're only gonna use ONE of the seasoning packets)
1lb of ground turkey (you could use red meat too. Or shrimp)
Asian veggies (oh hell, put whatever veggies in there you want!!). I used a pre-mix frozen bag of Asian veggies. Leave it out to thaw a little while you're cooking the meat...

What to do:
Cook the noodles but not as long as they say too, they'll get to mooshy!! Drain. Set aside. Brown the meat and add one packet of the seasoning packet. Mix in the veggies and let them cook a little. Throw in some soy sauce, ginger, and Worcestershire sauce (does anyone really know how to say that word!?). Toss it all with the noodles. Serve it. Eat it. Use some chopsticks. I had some egg rolls on the side.

If you're feeding four, double all that. And you'll STILL have leftovers. SCORE.

Everybody loves it.
Courage. Confidence. Determination.
If You Never Tri, You'll Never Know!