Sunday I flew to Brazil. Well, Sunday I flew. I didn't actually arrive in Brazil until Monday morning. But holy longggggg day. I left Sunday afternoon from Kansas to DFW and arrived in Sao Paulo, Brazil Monday morning. I hardly slept on the flight. Not because it was uncomfortable and unfortunately I don't have any funny or crazy stories to share (except the Brazilian guy next to me, Mario... we started chatting and giggling and before long we were hoarding snacks together, sipping wine, and cracking up over all things. There was also a REALLY cool lightning storm in the sky that has us enthralled for a bit. REALLY COOL and REALLY SCARY!!). But I just couldn't sleep.

We landed in Sao Paulo around 9am and my final flight to Florianopolis wasn't until 3:40pm. Luckily I met another Ironman on his way down, Clarence. A 70 year old Ironman vet who might be competing in his final IM before "retirement". Full of information, stories, and life, we chatted pretty much all morning into the day and then flew to Flori together.
We landed just before 5pm and were met by our driver (I signed up with Endurance Sports Travel for this race ~ they arrange hotel, transportation, food, etc. I have never used a group like this before but going to Brazil solo I felt like it was a better idea/less risk of getting murdered). I'm really really glad I did this. Not having to worry about getting a taxi or figuring out where my hotel was/the language/what to eat... especially as tired as I was... was SO nice!! And kudos to Ken with EST for running such an ON POINT organization.

Just as I'm arriving to the hotel, the group is headed to dinner. I drag my things upstairs and then drag myself to food. I was a zombie. "I'm not a jerk people, I promise. I'm just exhausted. And I usually don't look this shitty either. Okay, well maybe I do..." Now I'm the "funny pink girl". A glass of Argentina wine, way too much food, and I'm pretty much burnt fried crispy toast. I was asleep before my head even hit the pillow. In fact, I dozed in the shower. Ha! True story!
Total awake time: 42 hours. 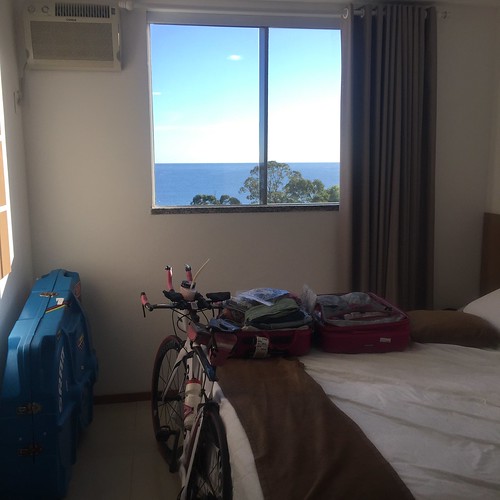 So I wake up Tuesday morning feeling like a million dollars, or pretty close. I feel great!! I'm putting my bike together and need more light. I throw back the curtains and WOW!!!!!  ^^ I have a VIEW!!
I take some photos, brag all over FB, and head down for breakfast and to meet the group. We are going for a quick swim and bike... 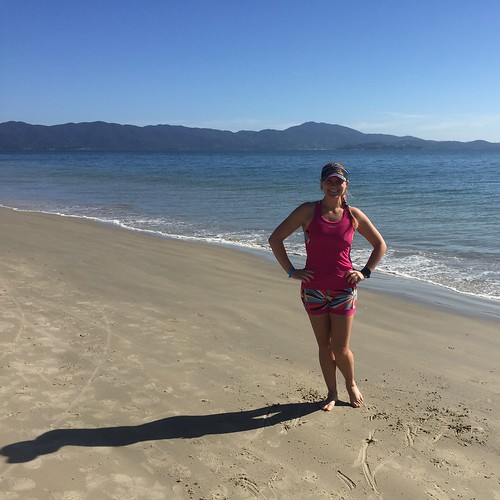 The water (South Atlantic Ocean) is ice cold and salty but super calm and smooth. I swam a very short time because I forgot my ear plugs and that cold water deep in my brain hurt, like an ice cream headache in my ears. I won't forget those again!! 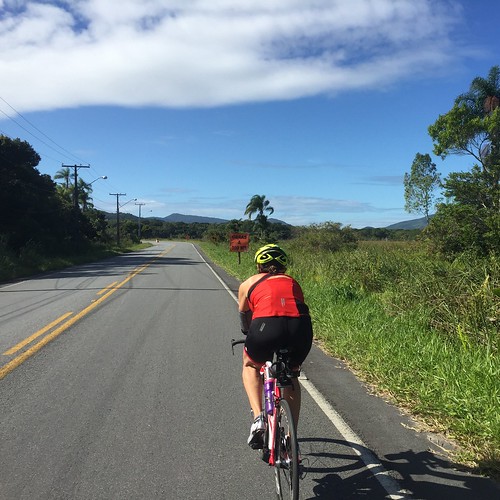 We biked on part of the course for about 40 minutes. It was bumpy; lots of actual speed humps. And the 3 foot law doesn't exist; but they are respectful of cyclists. We finish and head back to the hotel... I have plans for the afternoon!! 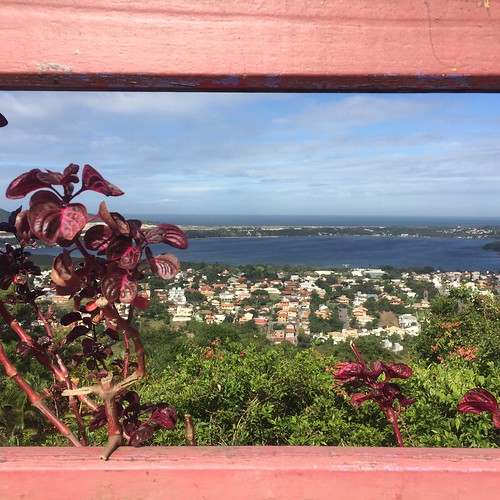 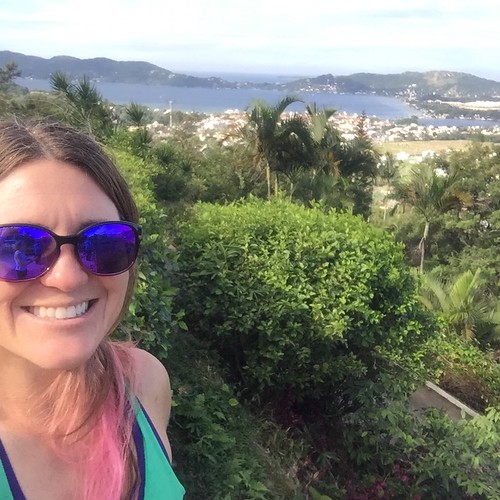 I've signed up with Floripa Bike Tour Company for an adventure around Lagoa da Conceição. Another gal, Susan, decided to tag along and off we went. A 45 minute cab ride (holy car sick!!) to our bike tour ^ plus a great view. We're handed helmets and mountain bikes, let's go!! The town, by the same name, surrounding the lagoon is a hot tourist stop. But not your average tourist... it's kind of known for it's hippies, hipsters, water sport enthusiasts (think surfers and paddle boarders). It was PERFECT!!! Tons of graffiti and art and head shops, surf shops, hostels everywhere... so many people out and about...transients... our guide was from Jamaica! Have you ever heard a Jamaican speaking fluent Portuguese!? Quite impressive.

So we toured the area by bike stopping at the: 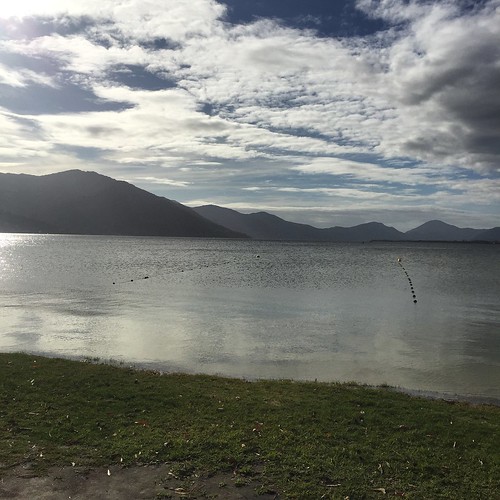 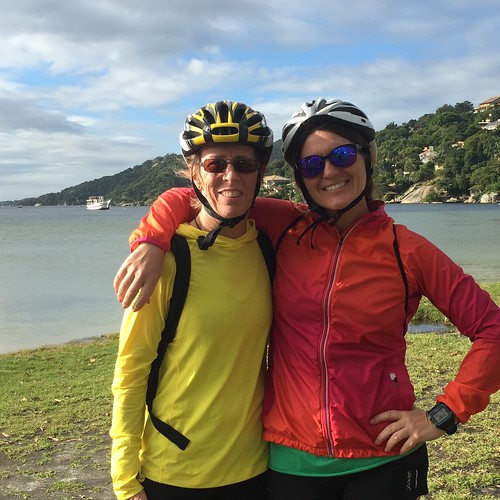 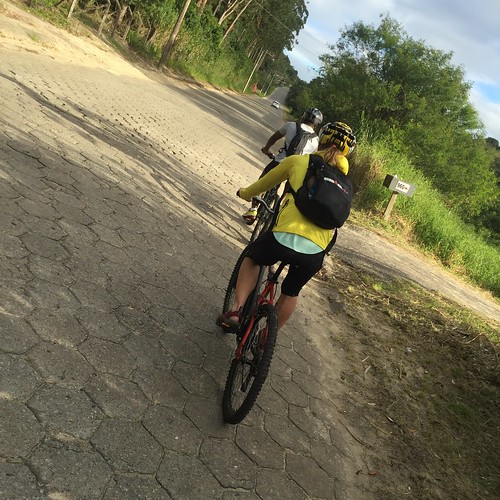 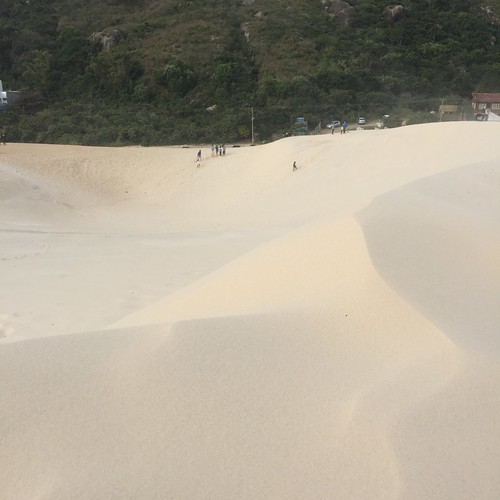 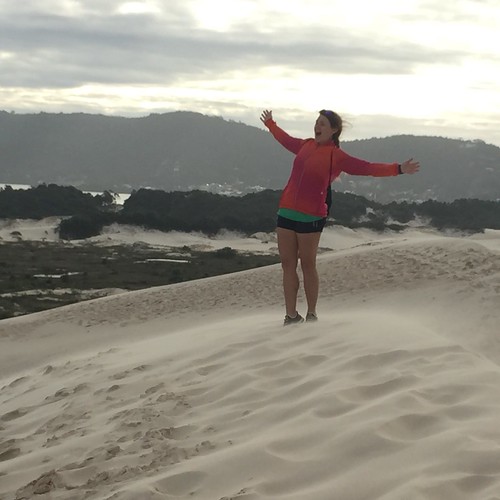 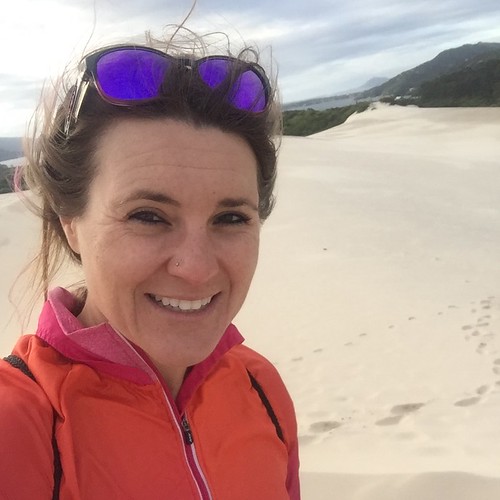 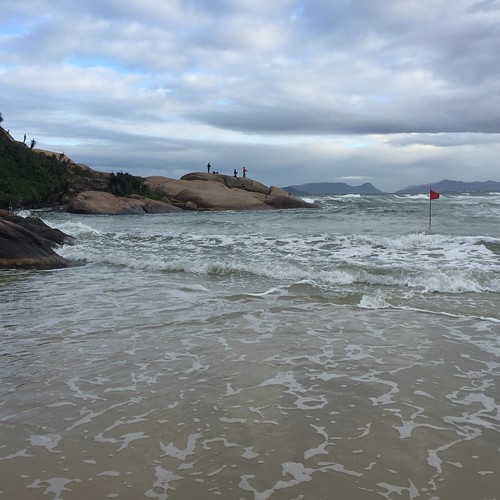 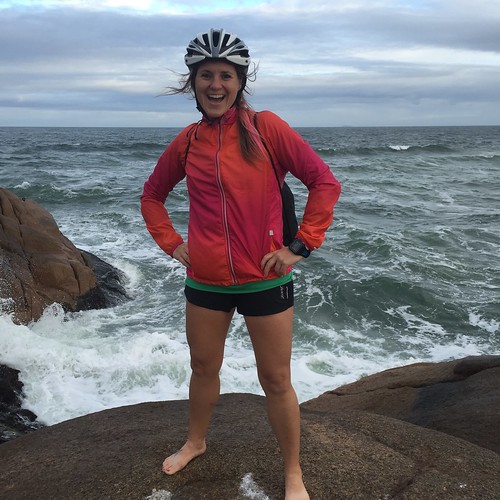 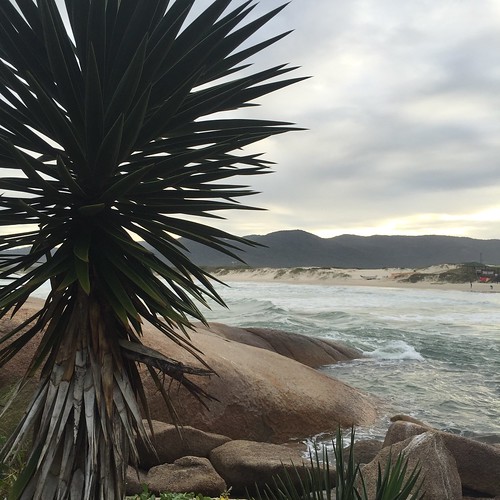 and Praia da Joaquina ^ .
It is said that the name Joaquina was given to this area, the dunes, and the beach in honor of Dona Joaquina, a resident of the beaches east of the island of Santa Catarina, who taught other local women to manufacture household utensils of interwoven lines and feed the fishermen who tended to their home. It is said she was taken by the sea but her spirit has set the aura for the area and the people who stay. And just for the record, the streets are all cobblestone (only my cycling friends will understand my pain). COBBLESTONE!!

Back to the hotel for drinks and dinner (so far the food is DELICIOUS!! Mostly chicken, rice, lentils, and lots of veggies ~ loving it!!) with the rest of the team and a quick walk to the market for water. Now I'm writing this. But now I'm going to bed. Tomorrow will be more!!