Leaving Montalcino to San Quirico d'Orcia is one of the most scenic stretches of road in all of Tuscany. Coupled with the most photographed crop of cypress trees, this is the land that you think Tuscany looks like! Green rolling hills, golden wheat fields, the cypresses... and we're just in March! I bet May/June - just WOW! 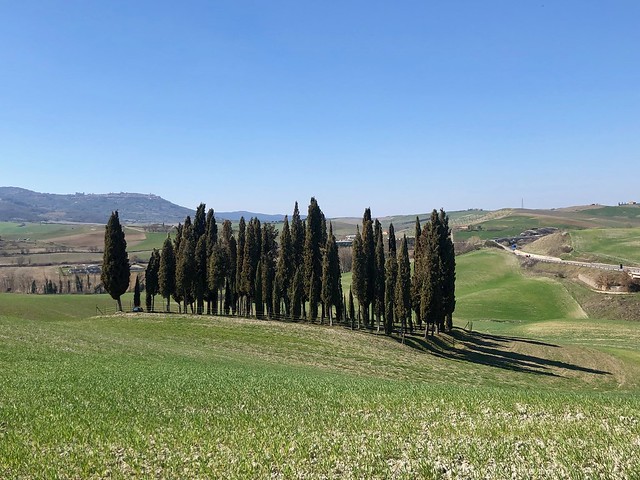 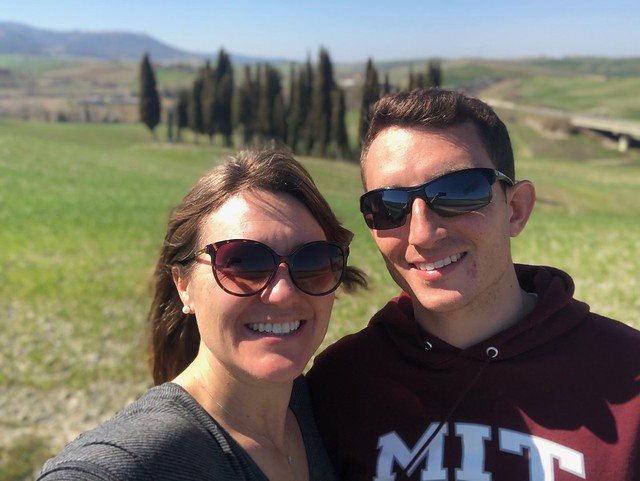 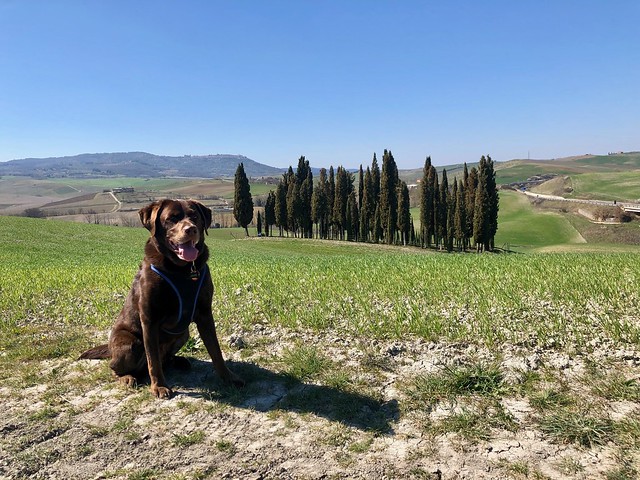 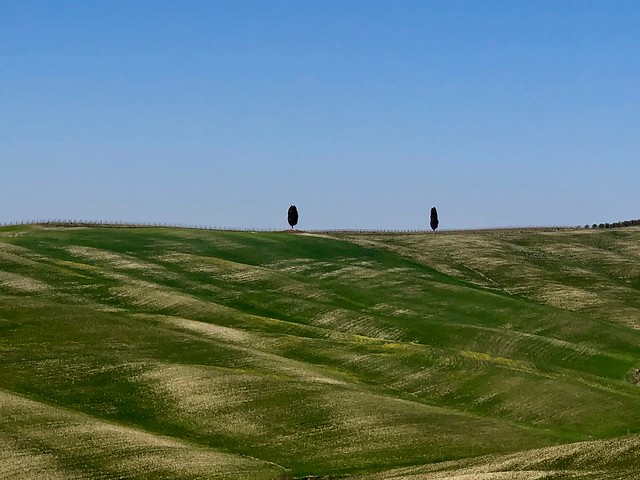 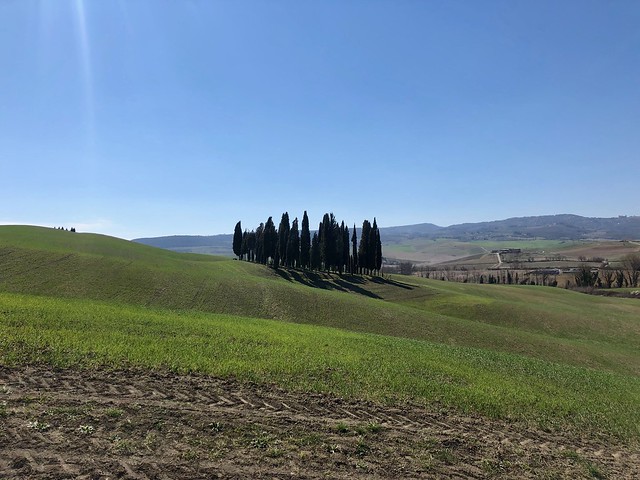 Arriving in San Quirico d'Orcia, it was a very important stop in the ancient times since it too sits along the Via Francigena. We parked outside of the walls near Porta Cappuccini although there are actually 4 entrances along the wall. These villages are like portals to an ancient time. I'm always so impressed and intrigued by the stone, the enormity, and the quality of construction. How has this stuff stood 1000's of years!?

We were welcomed by the Collegiate of the Saints Quirico and Giulitta - a Romanesque church with Gothic and Baroque additions. 4 lions, each in different poses, guard the various entrants. The stone structure is weathered but grand in the small Piazza Chigi. I wonder if the #4 has any meaning in this small town...

Continuing along Via Dante Aligheri, we arrive in Piazza della Libertà, the heart of the town and home of the Church of San Francesco. Lots of cute little bars and restaurants. We stopped for a coffee and cold Limonata (a local treasure).

The Horti Leonini gardens are worth an exploration as well. Lots of greenery, shrubs, and trails to play amongst. Jake especially loved this part. A statue of Cosimo III dè Medici rules the center.
There are also the remains of the Torre del Cassero, an ancient medieval tower that used to be 39 meters high but was destroyed by the Germans during the second World War.
More views from the garden walls overlook the Val d'Orcia and we could even see the volcanic Monte Amiata, Pienza, and Montalcino.

One more church, the Church of Santa Maria Assenta, very simple, and the Garden of Roses felt almost secret, enchanting, and fairy tale like.

San Quirico d'Orcia can be explored quickly or you can stay awhile. Either way, it's worth the stop!
But for us, it's time to head to Pienza. Not before all the pictures though: 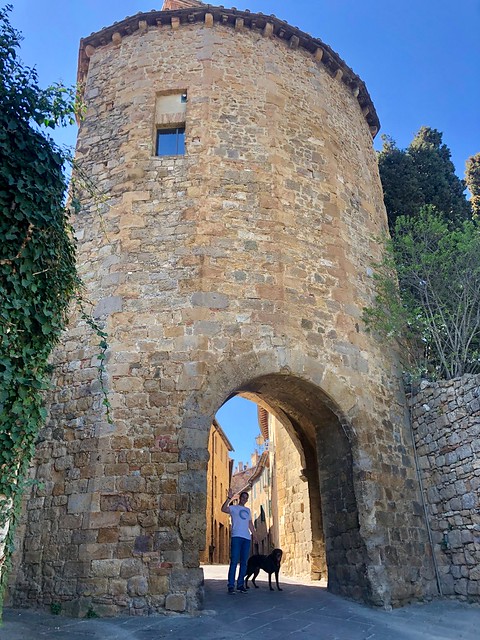 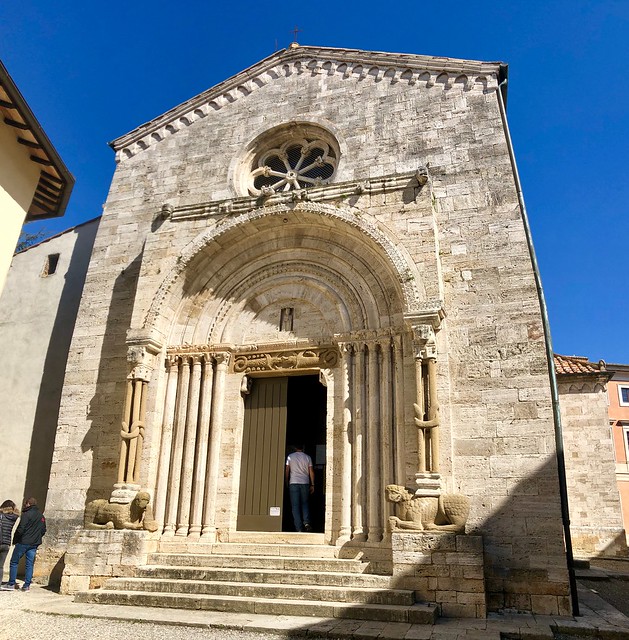 Collegiate of the Saints Quirico and Giulitta 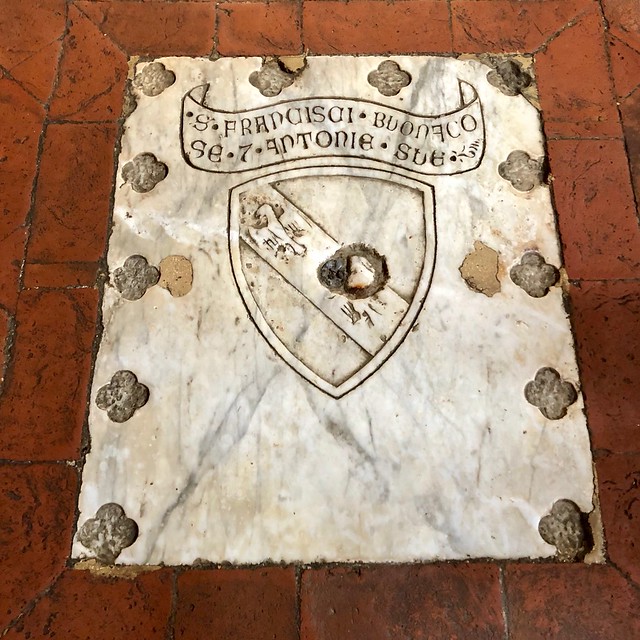 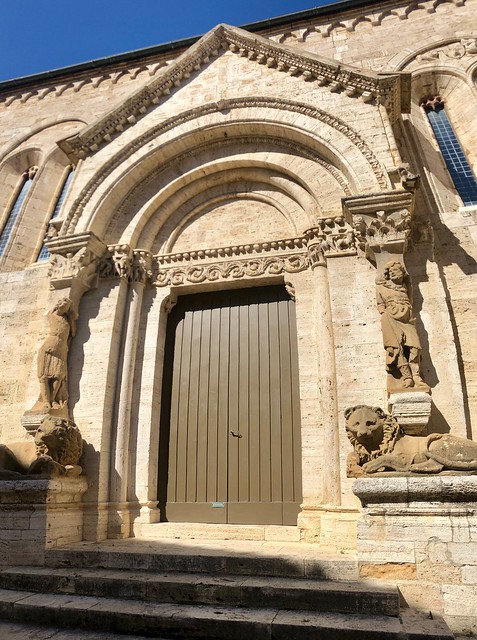 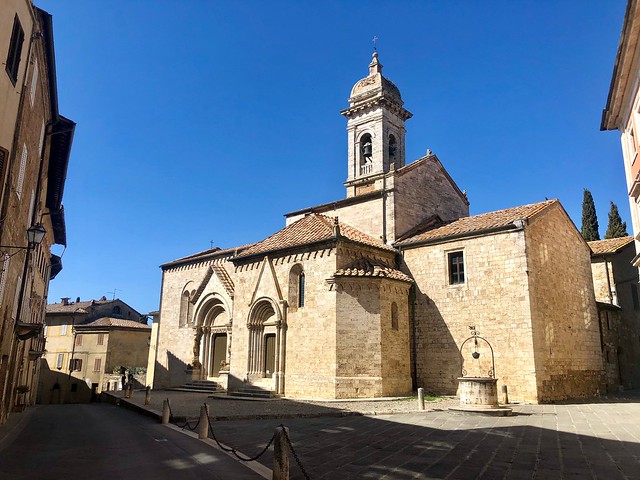 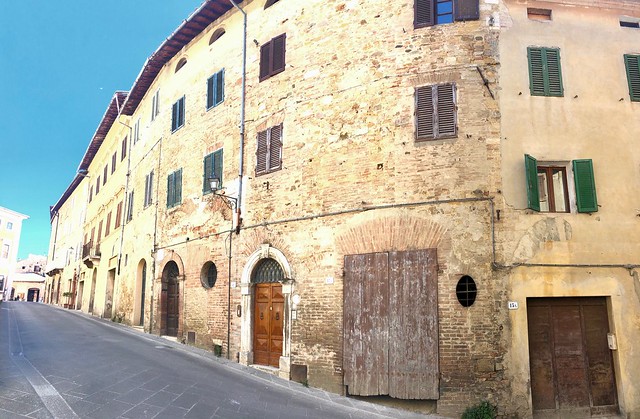 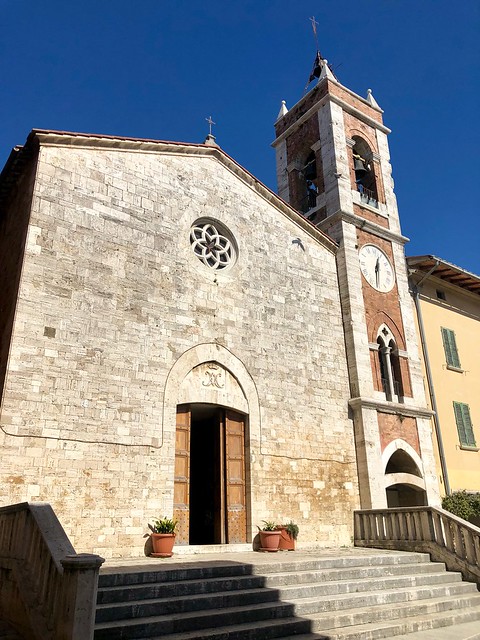 Piazza della Libertà, the heart of the town and home of the Church of San Francesco 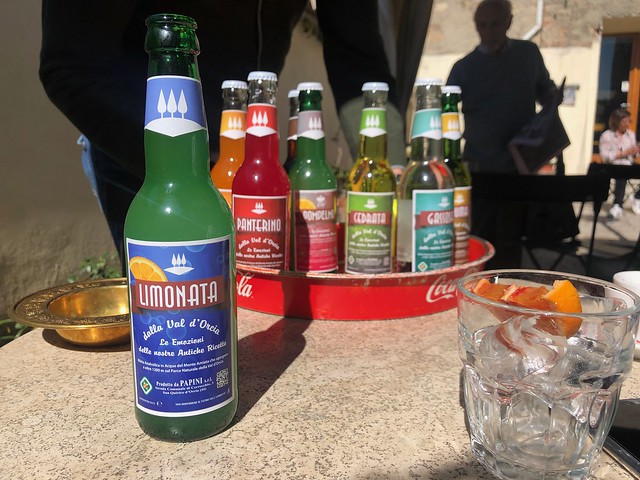 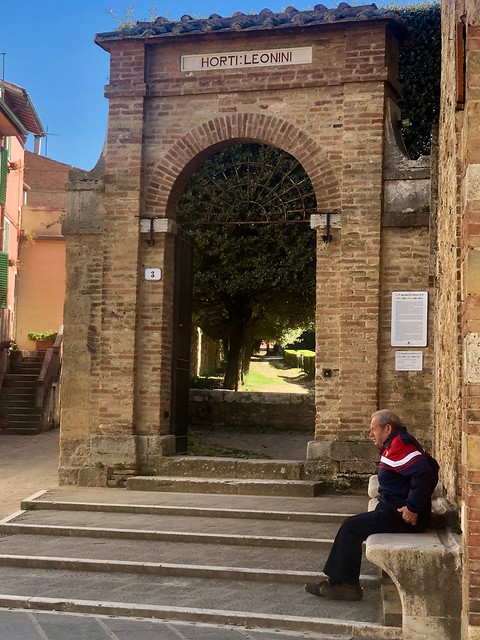 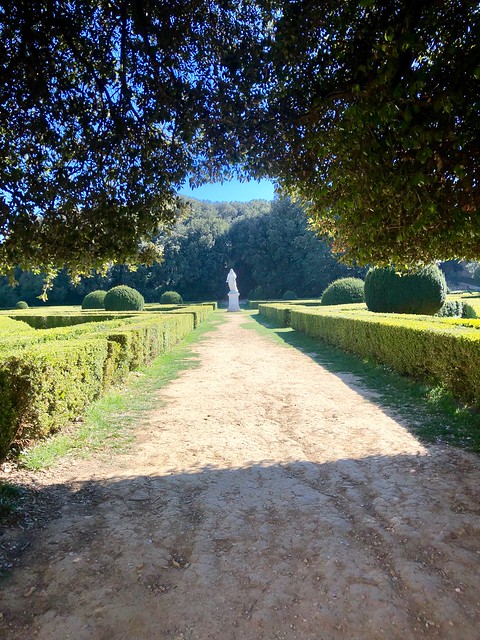 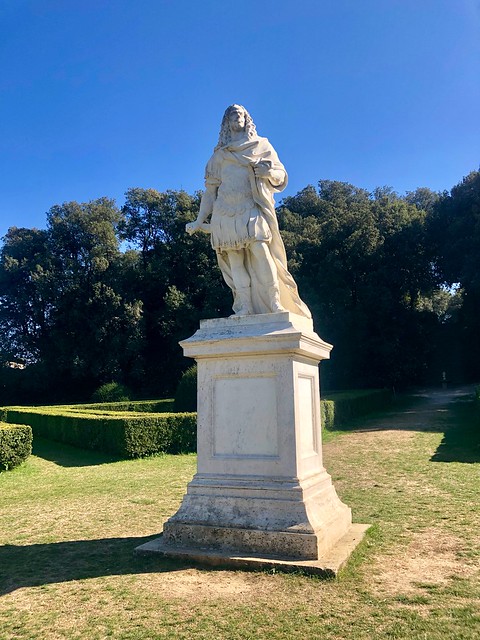 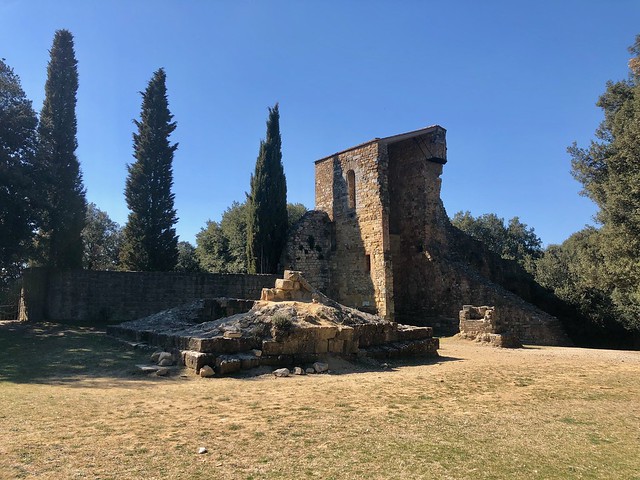 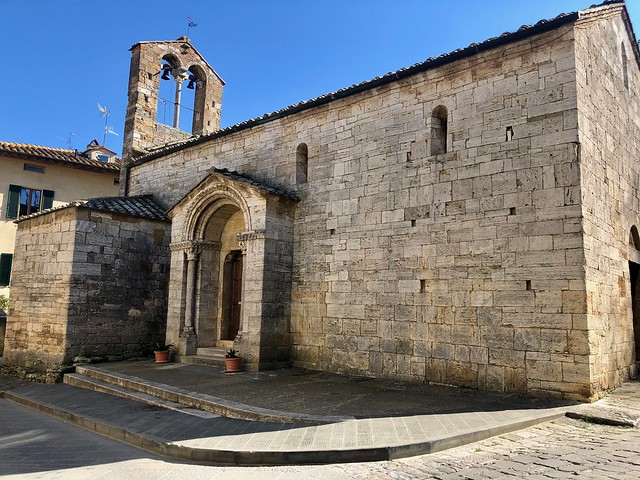 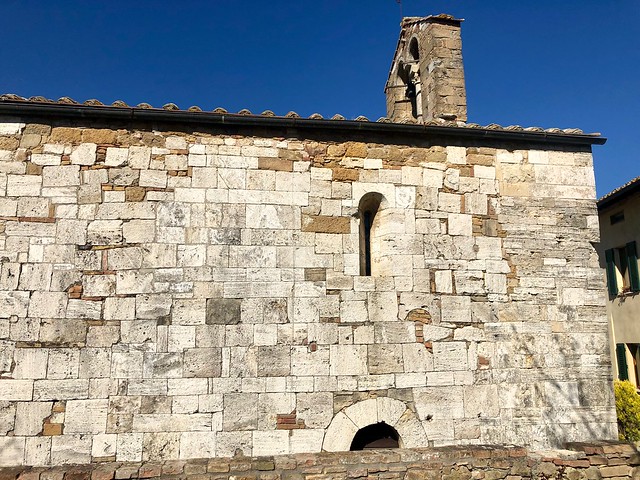 The back of the church - look at all the different stones and brick used. 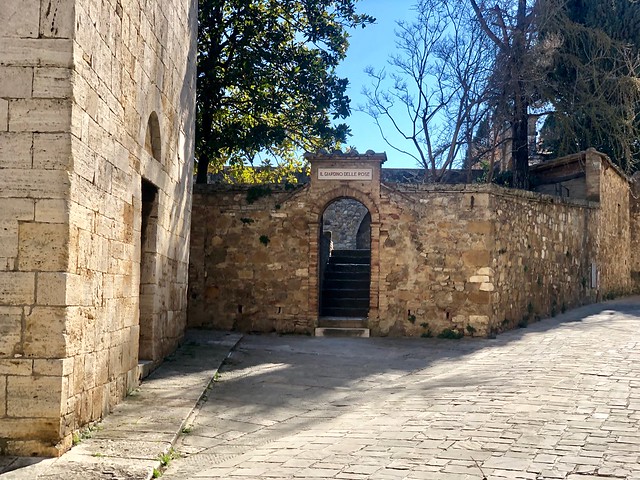 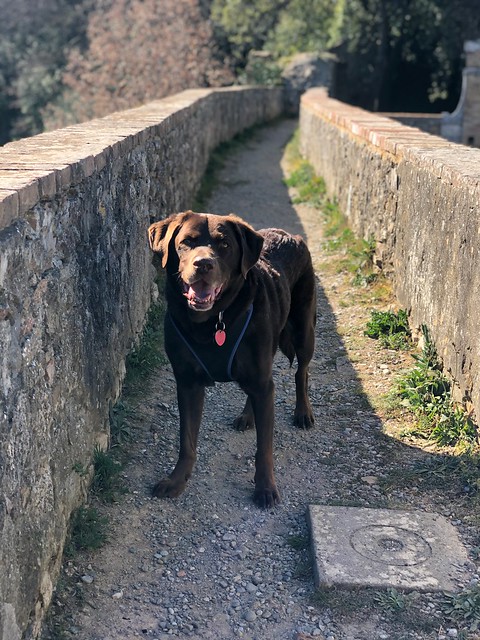 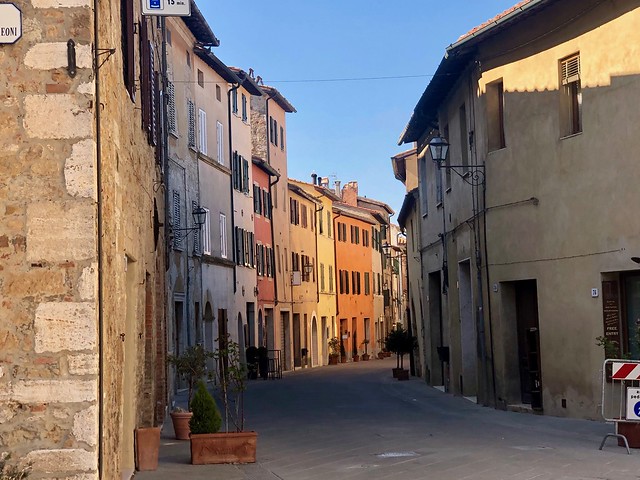