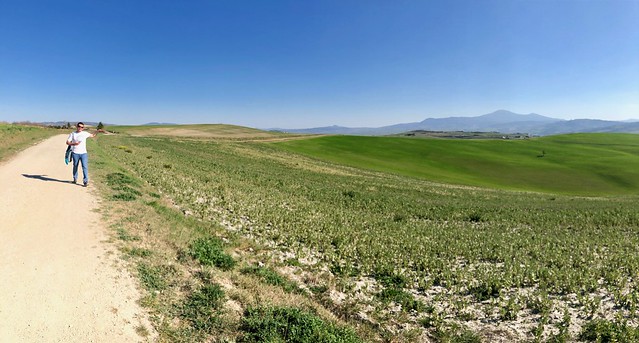 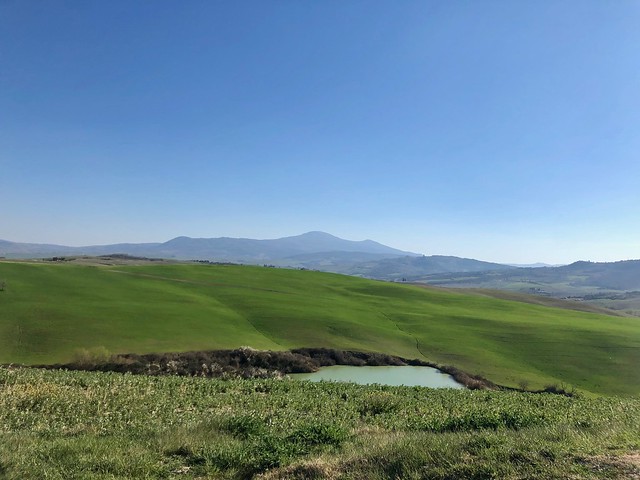 Part of this adventure is in the drive... coming from San Quirico d'Orcia (part 4) a very scenic stretch led us right to the famous Cappella of Vitaleta. This chapel is seen on all the classic postcards of Tuscany. Set back off the road, in the middle of the hill, it's a half mile walk down a gravel drive. Of course, we were in the dead of the heat of day, but it's only March. A very warm March day! Water, camera, the Jake - GO!

It's as adorable and beautiful as it looks! And we made a little local friend; full of energy! 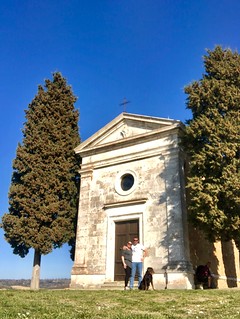 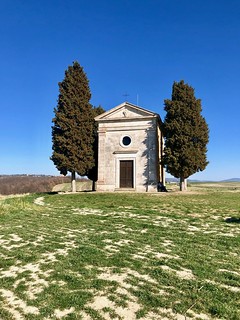 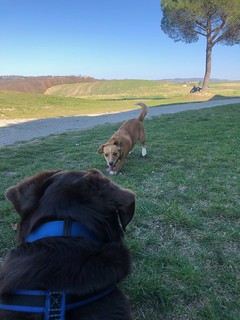 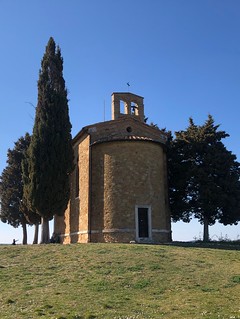 Even though it's the Queen of the Val D'Orcia, Pienza for us was short and sweet (and perhaps a bit rushed) (and perhaps we were getting a little worn out)...
Literally born from a dream, Silvio Piccolomini (Pope Pius II) employed Rossellini to covert his home town into a place where the ideal of the Renaissance could be translated into an architectural plan. Pope Pius II aim was to create the "ideal city" based on the humanist values of the time.

The Palazzo Piccolomini and Cathedral are the best representatives of the design.
The palace was home for Pope Pius and is considered to be Rossellini's masterpieces. We got a peek on the courtyard where you can still see frescoes painted on the walls from the 1400's.

The Cathedral of Santa Maria Assunta was built in 1459 and has remained virtually the same since. 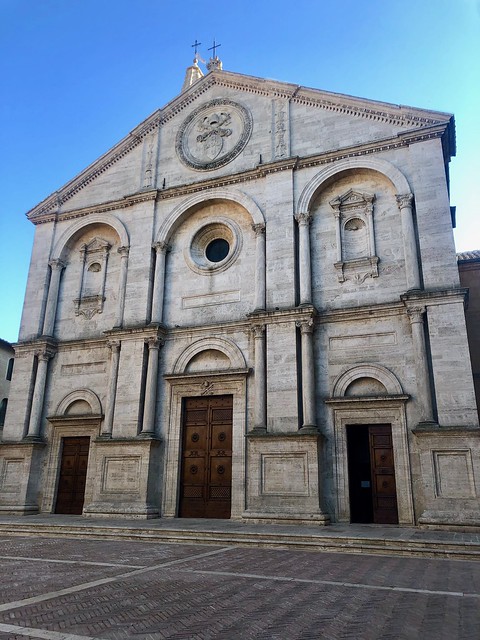 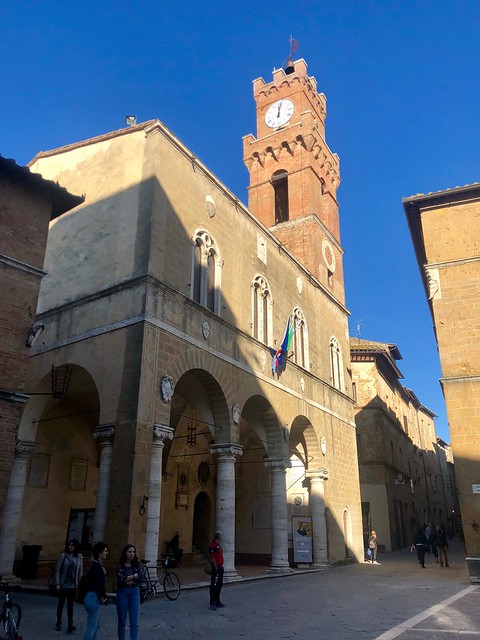 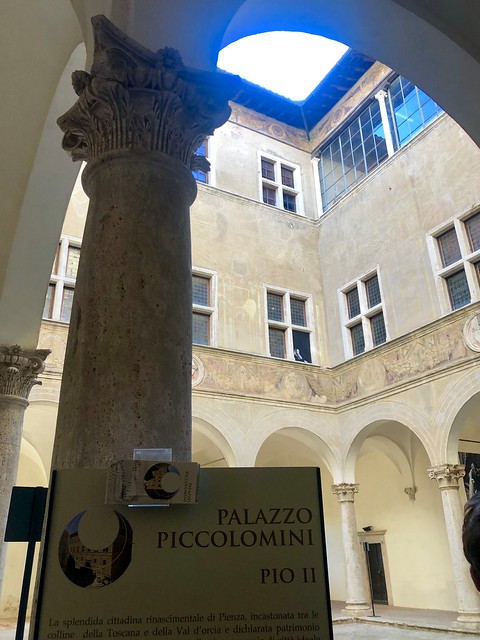 Wine and Pecorino cheese wrapped up our time in Pienza while chatting with an American couple also touring Tuscany. "Marry her!! Get married!!" The couple was adorable, fun, perhaps a bit buzzed, and shared their shenanigans of Italy. We never even caught their name. But the woman insisted we get married. Ha ha!!