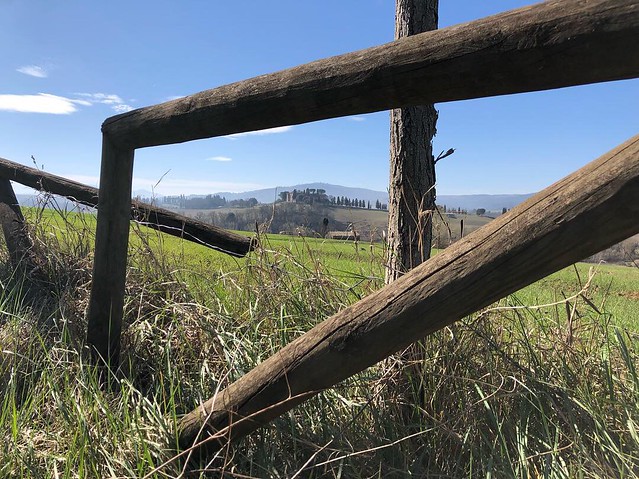 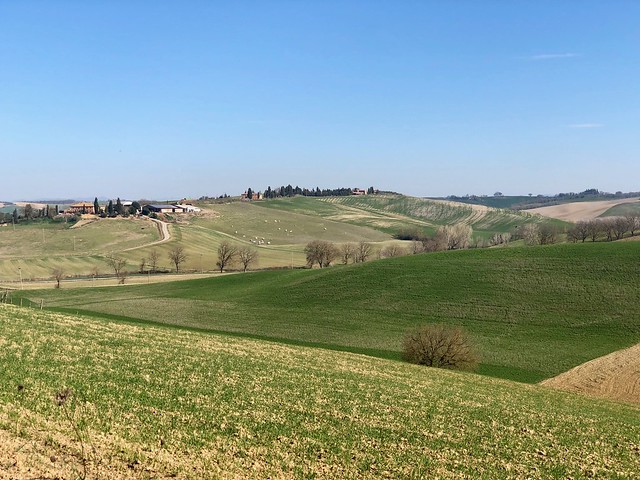 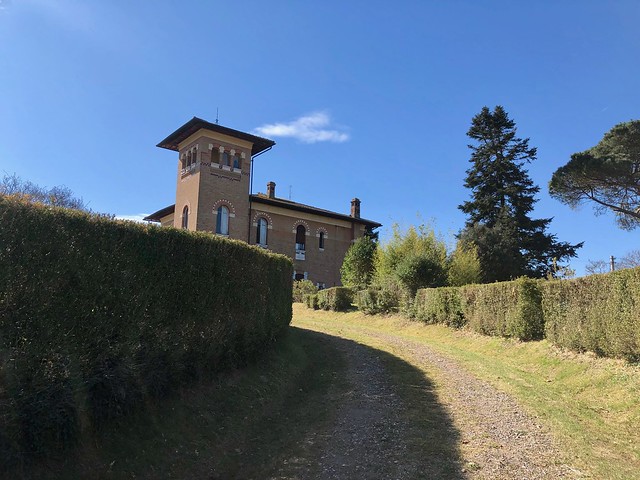 Now we're on our way to Montalcino. The landscape continues to be amazing and we even happen upon a FAI event for an open Villa tour. FAI is an organization that restores and cares for special places in Italy (all over the world actually). We didn't wait for the event to begin, we just peeked in, snapped a few photos, and continued onward...

Arriving, we are greeted by this beautiful hilltop town dominated by this massive fortress. We park at the bottom and climb the steep trail up. Once up, Luca decides that we need to slide down a muddy hill instead of walking the narrow street around the stone wall. He paid for that decision with a wet muddy shoe through Montalcino. Can you please listen to me sometimes!? ;) 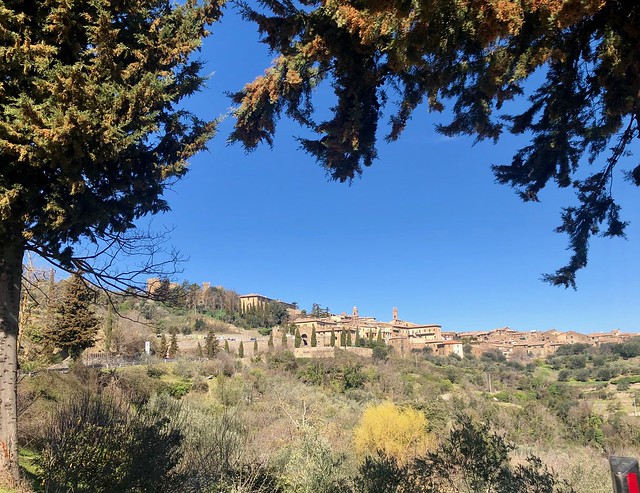 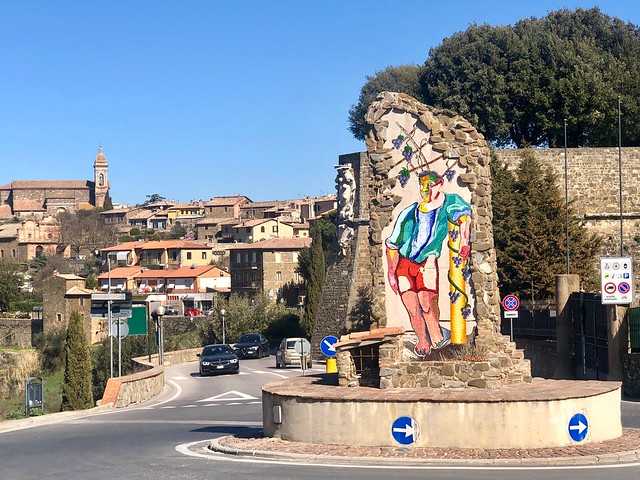 Luca also prefers to see the world from the highest point possible (pilot much?) so we pay too much to climb the walls. Worth it! What a view!! And so impressive that we are atop a fortress built in 1361. We are standing where, in 1555,  hundreds of noble refugees proclaimed the "Second Republic of Siena - riparate in Montalcino" and resisted Medici rule for 4 years! I can just imagine being a Soldier up here, looking out over the vast Tuscan lands. Wow!! 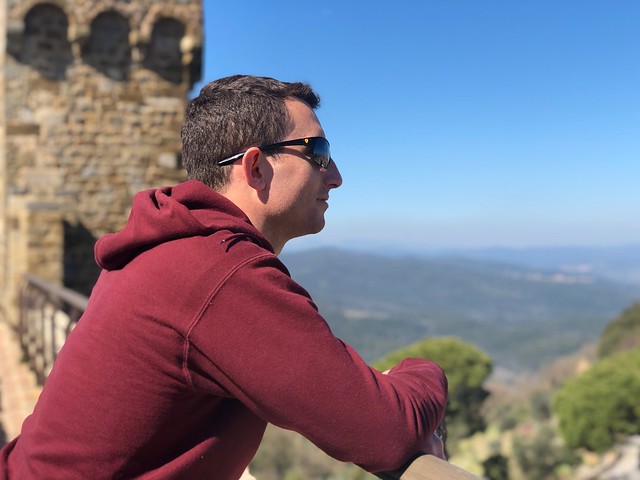 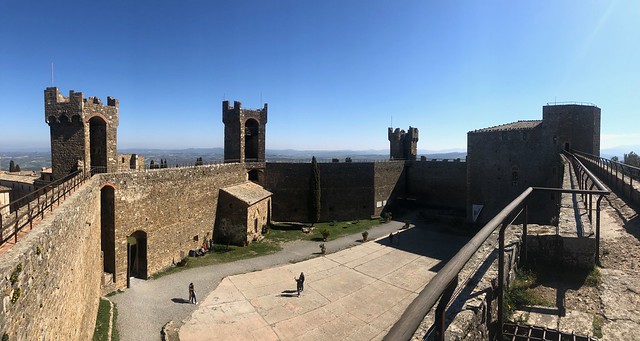 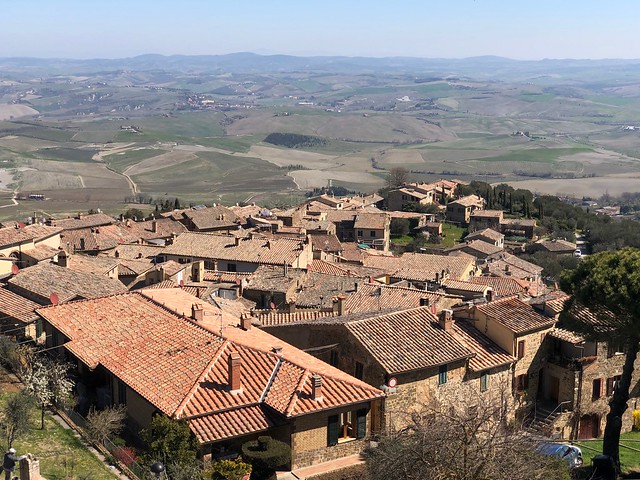 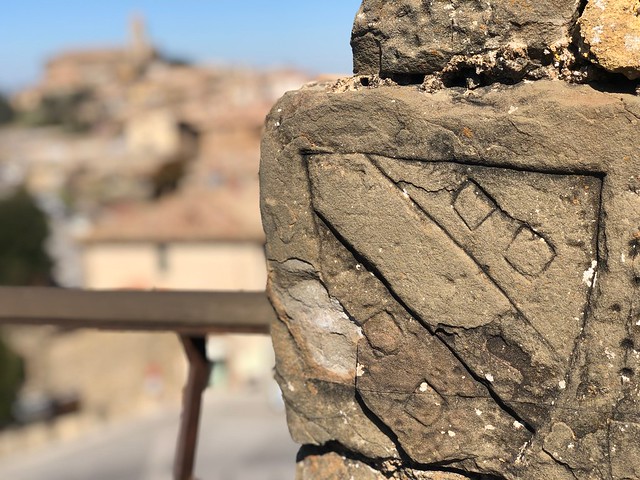 Next we make our way through the streets where I'm falling in love with all the brick and stone work.   We admire the many Piazza's, churches, and the views. The stone pavement streets are truly enchanting and the village is spectacular to stroll. The whole place has a very special medieval atmosphere. 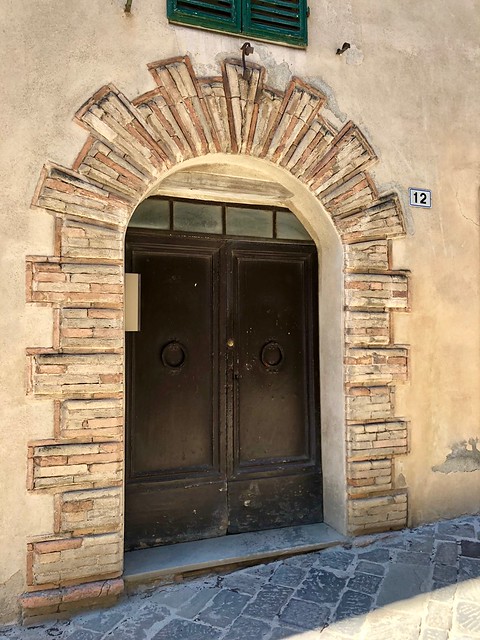 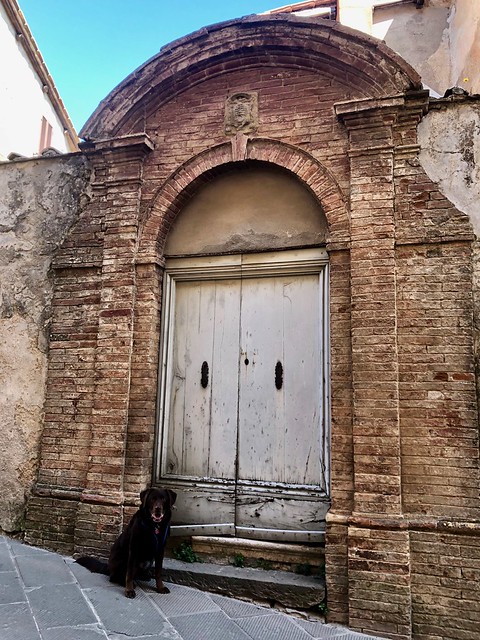 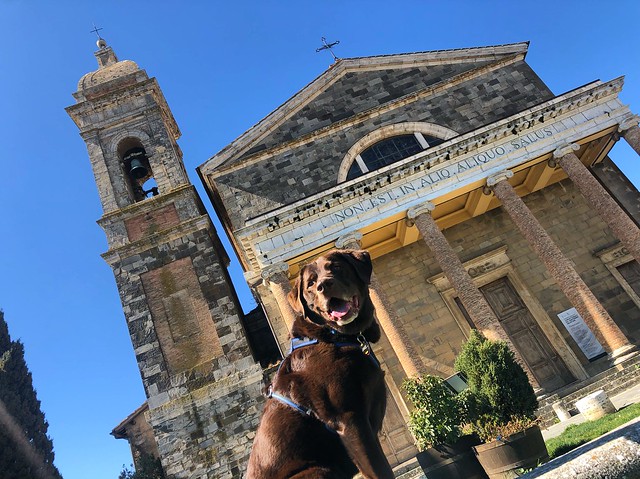 Cathedral of Santissimo Salvatore, the Duomo in Montalcino - constructed around the year 1000 and turned into a cathedral in 1462 by Pius II. 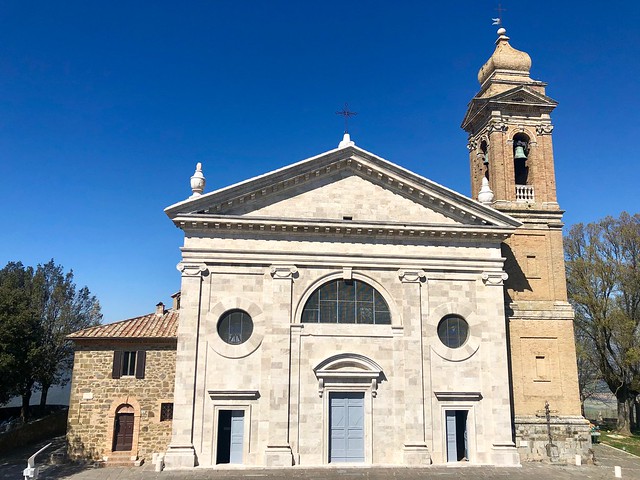 Church of San Francesco - rebuilt in the 13th century on the spot where stood the Church of Sant'Angelo in Castelvecchio. The Church was converted in the 18th century by Thomas P. Frescoes by Vincenzo Tamagni (1510). 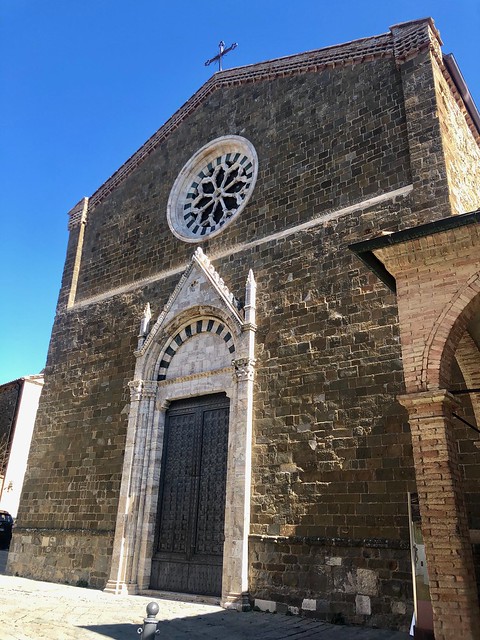 Beyond all this stone work, the town has been made incredibly rich and famous by its Brunello wine, one of the world's best and most appreciated Italian wines. Montalcino was already well-known for its fine red wines during the 15th century. However, the formula of the Brunello was invented in 1888 by Ferruccio Biondi Santi, who first had the idea of leaving out the grapes used in the traditional Chianti recipe, such as Canaiolo and Colorino, and using only the Sangiovese variety.

Before the Brunello is ready, it must age for a minimum of 5 years, 2 of which must take place in oak barrels, while the Rosso of Montalcino is ready after only one year of aging. We might have taken a few bottles home with us... 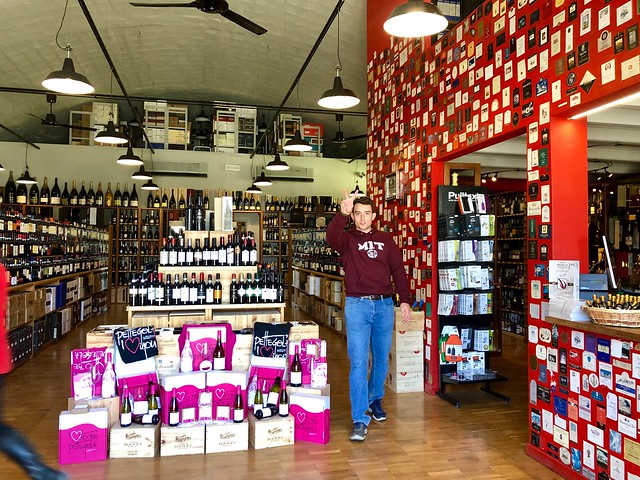 A simple picnic lunch with a bottle of this fantastic wine and we were ready to drive on and capture some of the most photographed trees in ALL of Italy! Here we come San Quirico d'Orcia... (part 4).
Courage. Confidence. Determination.
If You Never Tri, You'll Never Know!