I would take your pain 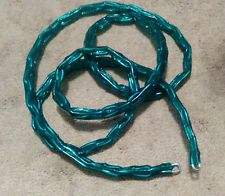 It's so ironic that growing up, I wanted to cause him pain. Do you remember those old bike lock chains that had the colored rubber around it? I beat the crap out of him once with one of those. And a clothes hanger. And the phone. He could easily hold me down and hurt me so I had to use "tools". I feel like this was standard/typical sibling fighting <--- please don't think we're an abusive violent family :O

And now I wish I could take all his pain away. I feel like, he just doesn't deserve it. My brother is probably even more stubborn than I am so I know a few things: he can handle this. He will fight. He won't complain. And he'll still be my shit head brother on the other side of all this. Despite being able to handle it, it still doesn't seem right that he has to. If I could take your pain, I would.

I talked to Jamie today. I wanted to know for real how the recovery was going. He was pretty honest about it. He said it hurts like hell, the recovery is a real bitch and he's afraid it's going to take longer than expected. He's sure of some physical therapy too because movement is so limited.
He said it takes forever to do the simplest tasks and even taking a shower is a whole event ~ dreaded even. 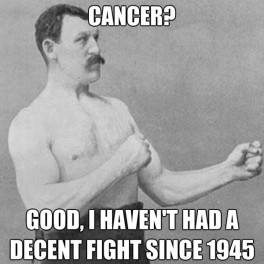 He has a tube with a pump in his arm that he has to pump out the toxins that his lymph nodes normally would do for him. He says it looks like orange juice. GROSS! And blood clots get stuck in there. He'll be getting a compression sleeve soon to help squeeze the fluids out. This will hopefully be in for only another month or so.

Jamie's next appointment is January 13th. He'll find out when radiation starts ~ phase 2.

Jamie has always been the "ninja" of the family. I don't even know where that came from, but we let him have it.

Ha ha!! But even though he is a ninja, hoping for super powers, and showing a strong face, I know he's scared inside. I know Skittle isn't the only scream keeping him awake at night...

Finally, Jamie is really appreciative of all the support ~ across the WORLD!! He's very humbled and wow'ed that so many people are pulling for him. Our entire family thanks you for following along, praying, donating, running, and/or just sharing a word of support or a simple thought.

You can donate here. Or register for a virtual 5k (walk, jog, or run) here.

We will continue to keep you updated along this journey!!
Courage. Confidence. Determination.
If You Never Tri, You'll Never Know!