The mystery is tormenting isn't it !?

Straight to the Segway's...
I'm like a 5 year old, can we go Segway, do you want to go Segway, let's Segway; jumping up and down, begging and pleading until someone says YES, let's go Segway. YAYYYYY!! SEGWAY'S!!!

Oh my gosh we were having so much fun!! After coffee and pastries at Envie we signed on for the 9:30am City Segway Tour of New Orleans. Joined by another couple <--- as if WE'RE a couple!? NO!! #wearenotacouple, we set out to explore (with our guide of course!!!).
I'll let some pictures do some of the talking... 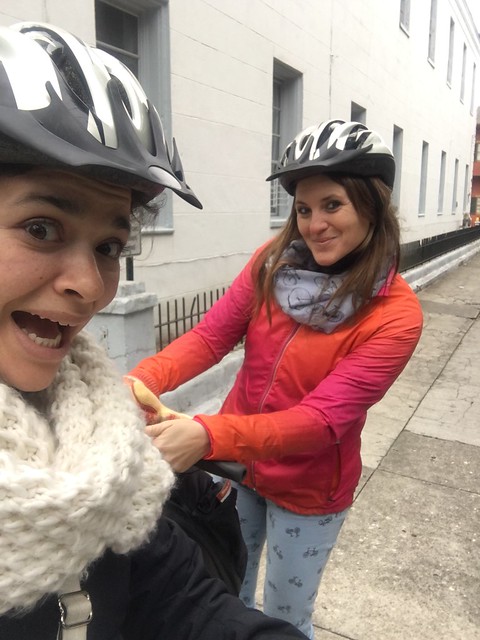 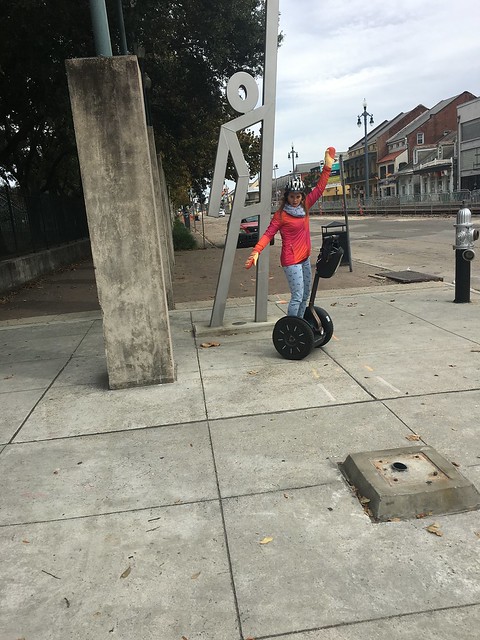 Never take your hands off the Segway!! I'm such a rebel. 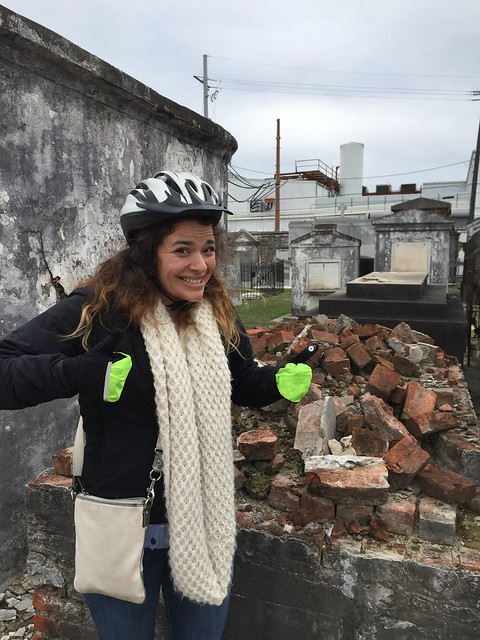 Selfies in the cemetery!? We might be troubled. We won't share with you that we saw inside one of the tombs... Uhhhh.... 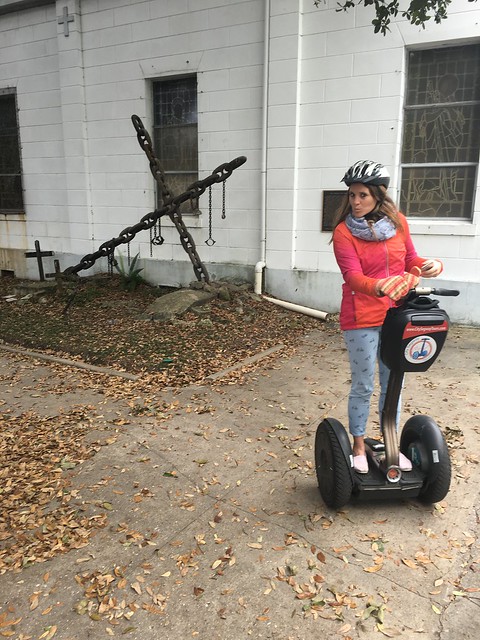 The shackles that bind us.

Anyway, it's really a very fascinating tour and great way to explore the city!! 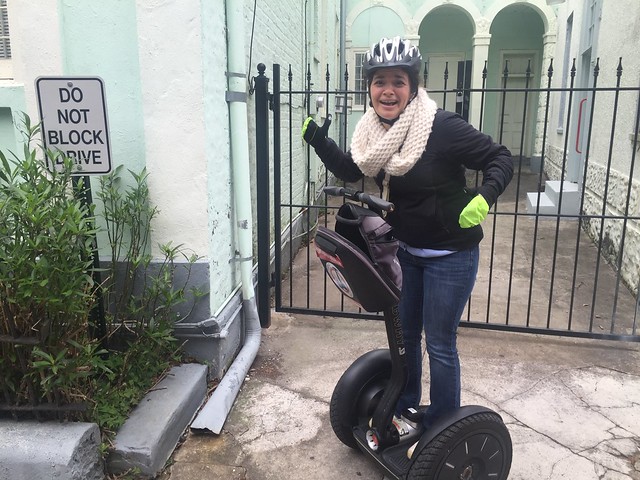 The final 30 minutes of the tour we are going through the French Market, headed to the Riverwalk, and then back to the shop and things got DANGEROUS...  *insert dramatic music
Moments after exclaiming, "This is SO fun! I'm SO glad we did this!" Suddenly there was a curb and pedestrians and confusion and fear and Amber goes flying off her Segway but still trying to hold on to her Segway, because never take your hands off the Segway.

*You have to understand, a Segway is like a train, it just keeps going! You can let go or get off it but the thing continues onward without you. It has to be parked up against a wall or curb to keep it from going. Remember those little barking walking fuzzy toy dog pets we had as kids? That would just walk around endlessly bark bark bark bark, bark bark bark bark until it was face to face with a wall, legs still moving but moving nowhere until the battery ran out? 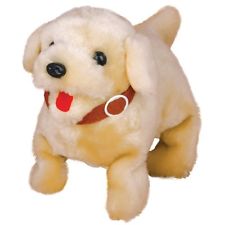 That's what Segway's do!! So she fell/jumped off, and it wanted to go, barking... smashing her foot between itself and the concrete curb. OH NO!! I saw the pain in her eyes but not wanting to disturb the flow of the tour, she swallowed down the pain, blinked away the tears, and we continued on. Now that I knew she was okay, kinda, we (I) laughed and laughed. Plus, laughter is the best medicine. (I was already pretty certain her foot was broken). 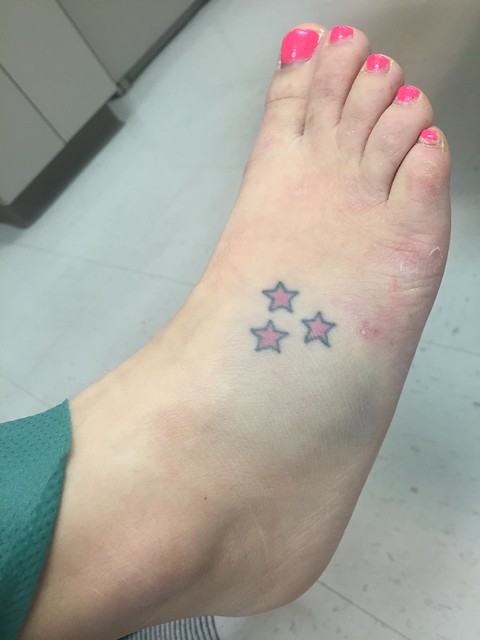 Long story short, insisting on a trip to the ER, her foot IS broken. SON OF A...!!!! She gets all temporary soft casted up and we once again, continue on... 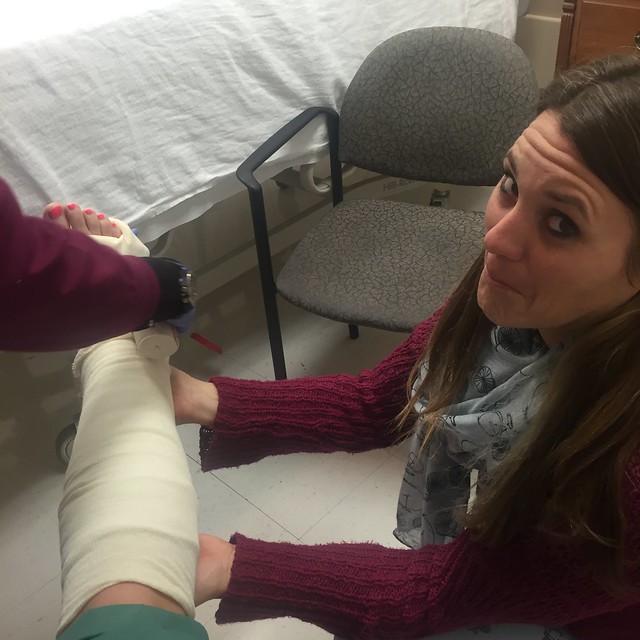 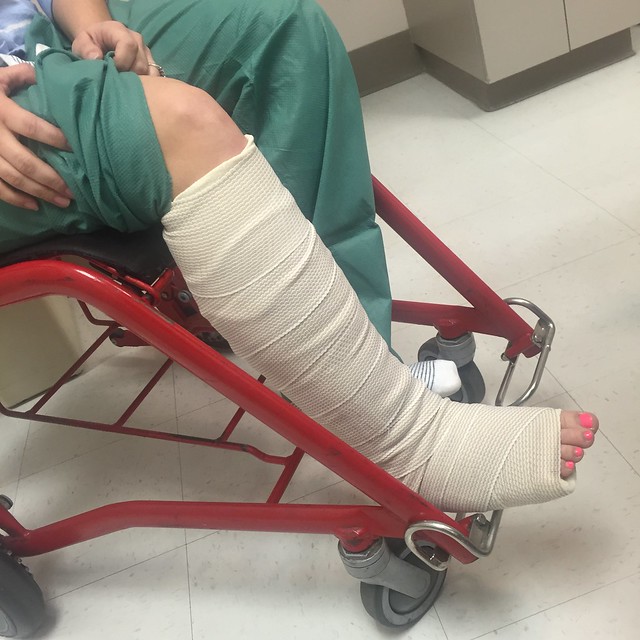 ^ and that's how I broke my friends foot. Kind of.
Follow up with ortho and hard cast to follow. 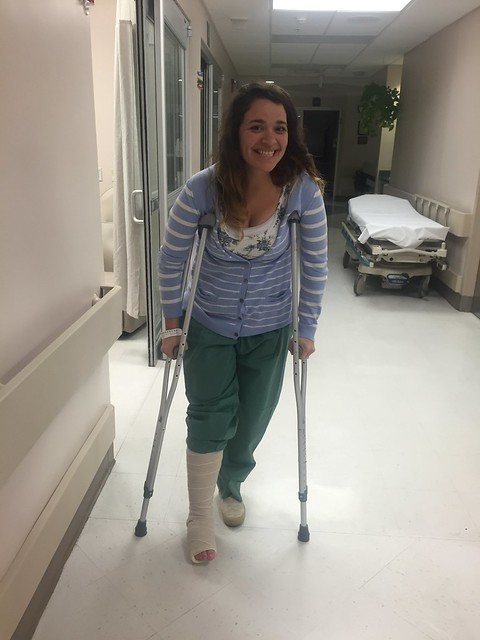 From now on, my friends have to sign waivers before adventuring with me!! ;) ;) ;)
And p.s. Amber wants a SEGWAY to help her get around for the next few weeks *hahahahahhahaha*
Courage. Confidence. Determination.
If You Never Tri, You'll Never Know!