Crawfish Boil: It's a Southern Thing! 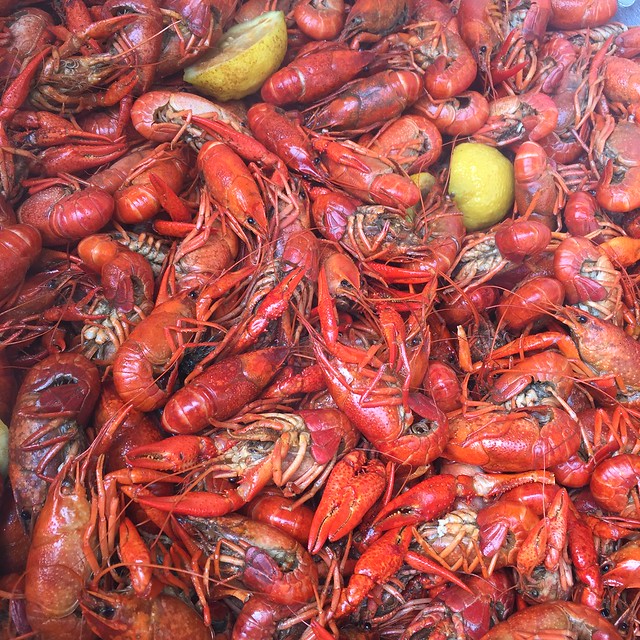 You haven't truly experienced the south until you've been to a crawfish boil.

You might know them as crawdaddy's, crayfish, or mudbugs. You probably kicked them around in the creek if you grew up in the north. Well in the south, they boil these babies up with spice, potatoes, corn, mushrooms, onions, garlic, and often a variety of veggies (todays included brussel sprouts and asparagus). Always with a bit of reluctance, I rip their heads off, suck, and dig the meat out of the tail. Okay, I'm not much of a sucker, but I'm all in otherwise! Fingers filthy, mouth on fire, cold beer on standby, it's more than just a meal, it's a whole event!

Celebrating Ironman 70.3 New Orleans finish, Jason and Page hosted our team crawfish boil at their house in Bogalusa. Seriously, where better to boil crawfish than the muddy waters of Louisiana!? Their house is gorgeous, their property with lake is picturesque, and their hospitality is nothing less than expected from the south. Jason boiled 80 pounds of deliciousness... 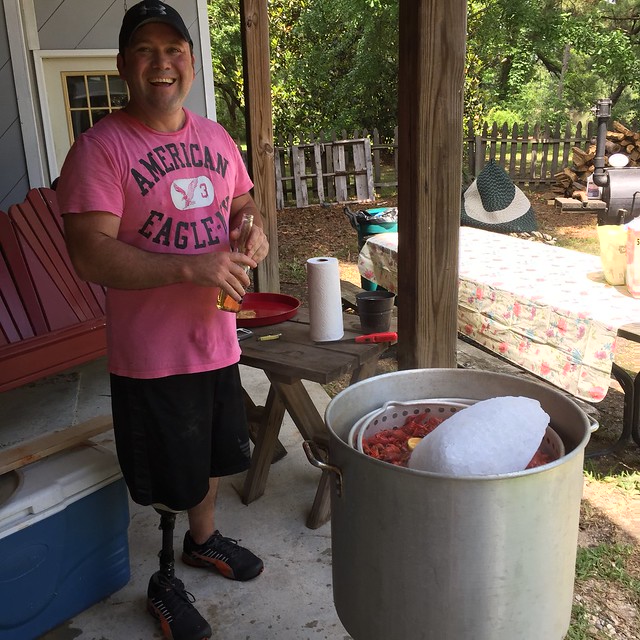 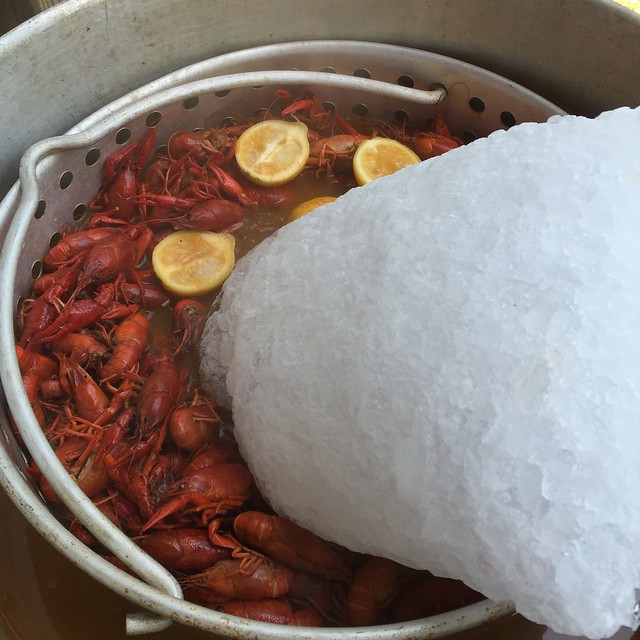 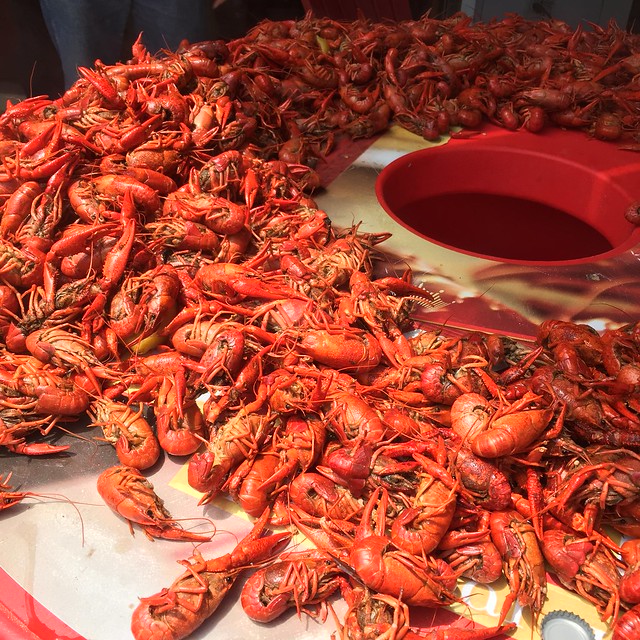 Two tables full with all the fixins!! 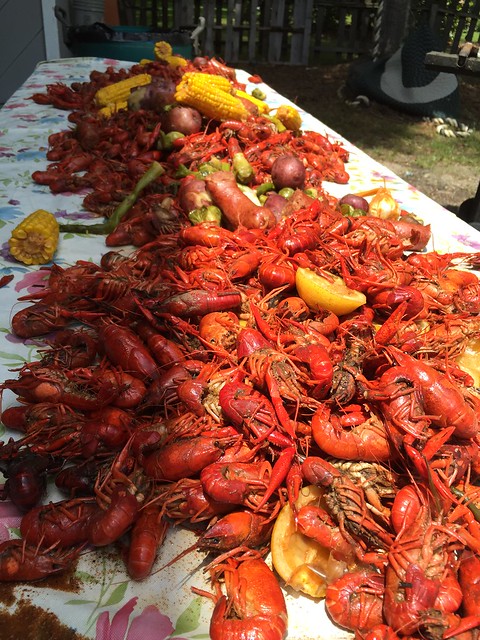 Ready for a history lesson!?
Most of the crawfish consumed in the United States are from Louisiana. Locals hold the traditional crawfish boils, where friends and family gather to feast on pounds of crawfish. The local Indians are credited with harvesting and consuming crawfish before the Cajuns arrived. They would bait reeds with venison, stick them in the water, then pick up the reeds with the crawfish attached to the bait. By using this method, the Indians would catch bushels of crawfish for their consumption. By the 1930s, nets were substituted, and by the 1950s, the crawfish trap was used. On July 14, 1983, Louisiana’s governor approved a law designating the crawfish as the state crustacean. Louisiana thus became the first state to adopt an official crustacean. That's how serious Louisiana is about their crawfish! 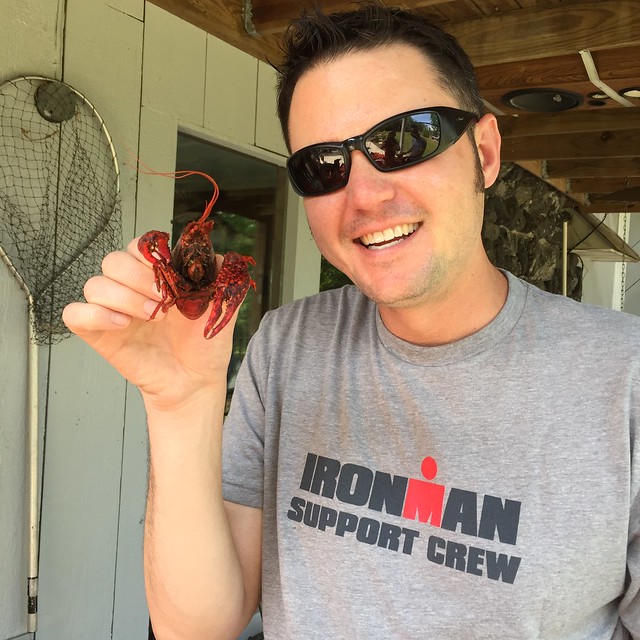 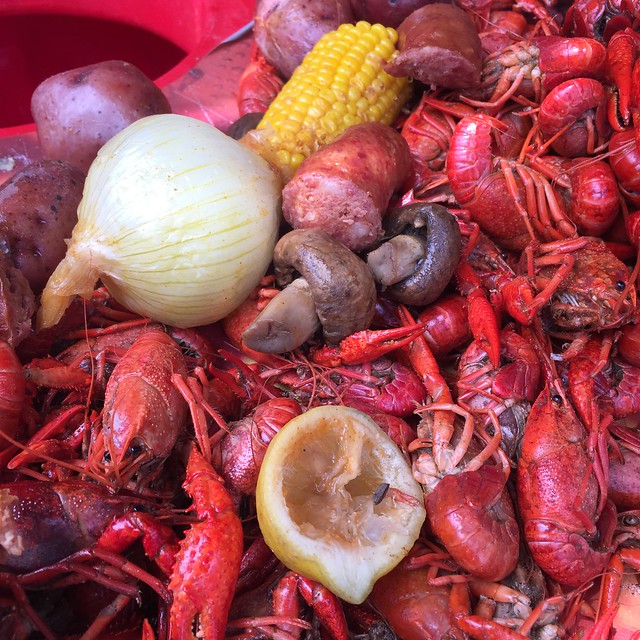 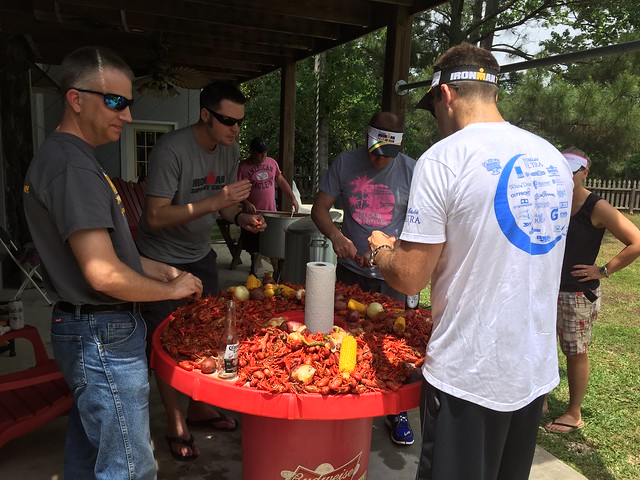 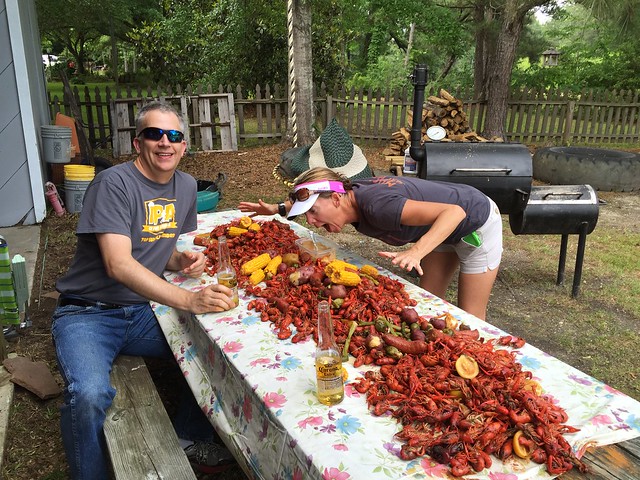 Once you get your fair share of crawfish and enjoy a few beers, everyone works together to set the rest of the meat free for later crawfish dishes (etouffe anyone!?!?).
With 80lbs, we had a lot of deshelling to do. 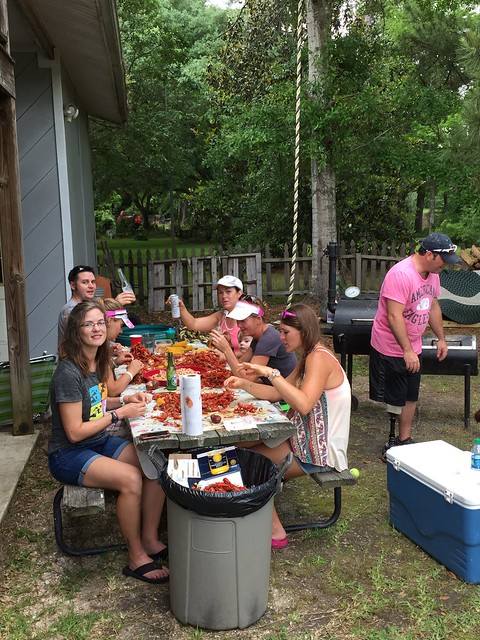 A great celebration for a great accomplishment!!
More photos of our team fun to come!! (p.s. one photo/video includes Peggy getting her twerk on).
Courage. Confidence. Determination.
If You Never Tri, You'll Never Know!