Do you ever want to do something special for a friend but you don't quite know what or when or how, or maybe you don't have a whole lot of extra money? Well I have a very special friend who deserved something super special for being an amazing supportive friend and sherpa. I was racking my brain one day thinking about what I could do for her considering all the things she loves. Topping her list is T-Rex, running, and triathlon. That's IT! I'll find a cute little T-Rex dinosaur stuffed animal and sew a little Ironman tattoo on him. NO, even better, I'll MAKE a cute little T-Rex dinosaur stuffed animal with a little Ironman tattoo on him. YES! I'm no seamstress, but I can sew, RIGHT!?

I googled "T-Rex stuffed animal" for image ideas. Once I had that in mind I figured I'd need two pieces of green felt and stuffing. I knew I had a few necessary items at home...
What You'll Need:
1 piece of card stock paper (or two in case you mess up)
a pencil
2 pieces of felt (or three in case you mess up) ~whatever color you want your special gift to be
scissors
straight pins
needle and thread
stuffing
something for eyes (I used buttons)

So first things first, figure out what you want your stuffed animal to kind of look like (I made a dinosaur but you can make whatever animal your friend loves/deserves!). Second, draw and cut out an outline of your animal on the card stock and pin it to a piece of felt... 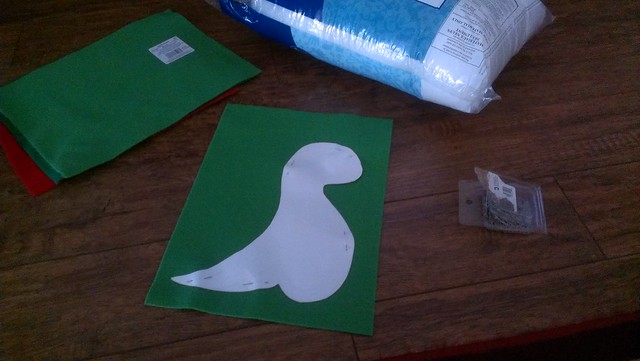 Cut out your shape. I cut mine a little bigger than my shape. Pin the first cut out on the 2nd piece of felt for the other side of your animal. 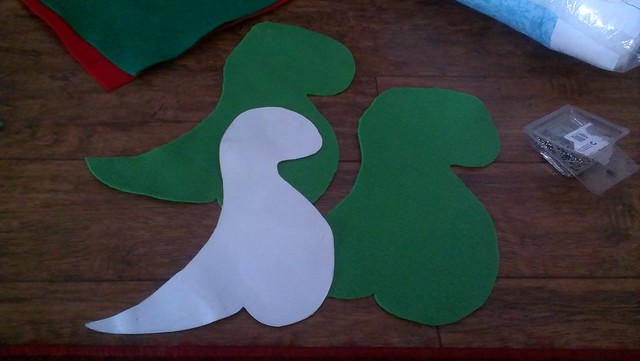 Next, you're going to sew your pieces together. I did mine by hand but if you have and know how to use a sewing machine, attack it!! 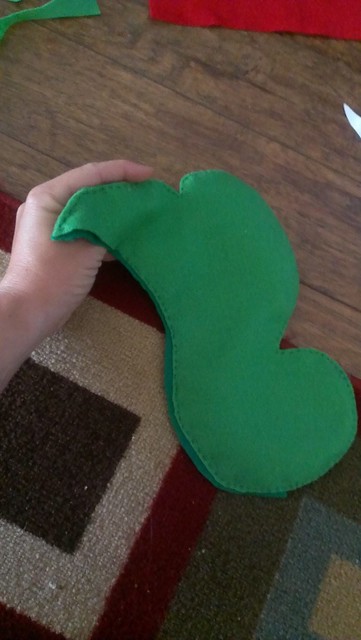 Don't sew him all the way though! You need to be able to turn him inside out and stuff him. So leave an inconspicuous area open about 2 inches. And remember, if you want anything to show up on the outside (like the dinosaur spikes on Rex-A-Million, you have to sew that on the inside and potentially trim down once you get him inside out or right side out...). I would show you but I'm not gonna lie, it was HARD and I think I cried once. I didn't, but I also didn't take any pictures... 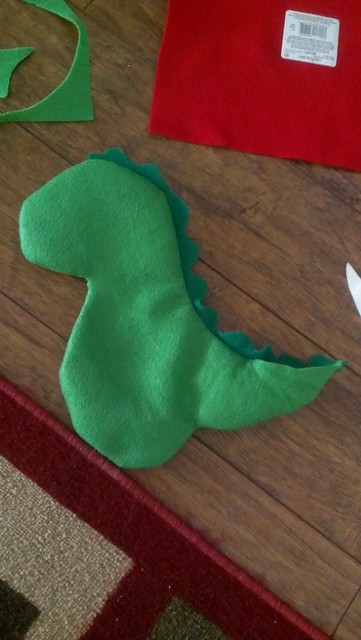 Stuff him SUPER full. Pack that stuffing in!!!! And sew up the open space (I left the bottom of his tail open so you can't even see it!!). 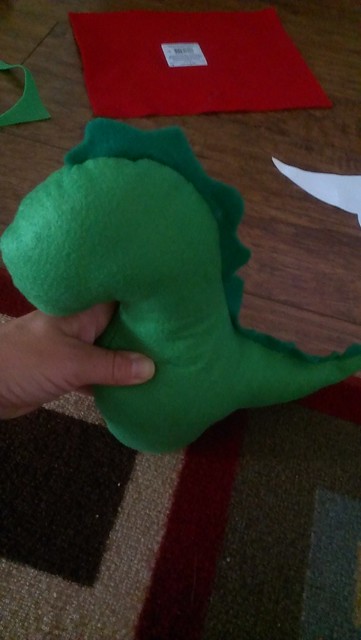 Add on any "extras" with leftover felt. I made little legs and arms for Rex-A-Million. Instead of stuffing his arms since they're so little, I just made them 2-D. I also made a "tattoo" for him using red felt. 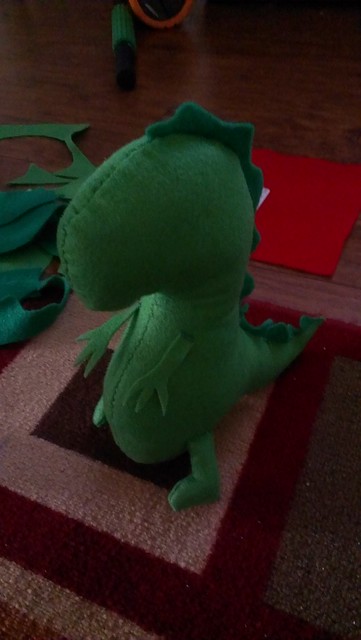 Sew on eyes and any personal effects. 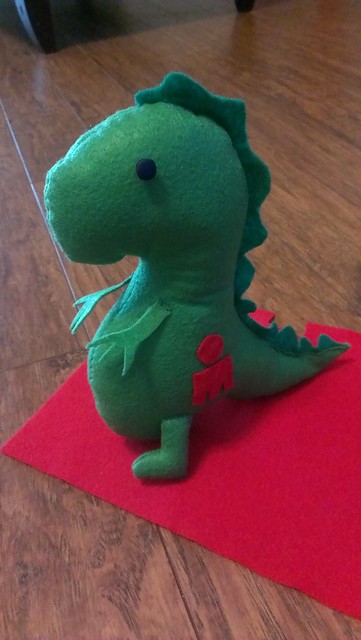 Send him to your friend with a special note about how much they mean to you and watch your gift
come to life in his new home!! 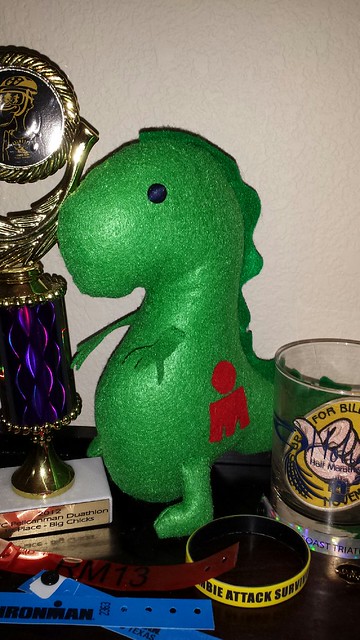