We loved Berlin! I'm not sure that either of us knew what to expect but we really enjoyed what we found. The current'cy of their history is both intriguing and... I don't know how to describe, tangible! This is a city that staged a revolution, was headquartered by Nazis, bombed to bits, divided in two and finally reunited – and that was just in the 20th century! Everywhere you go the past is very much present.

We chose an AirBNB near the train station, just outside the city center in the government district. Right away we had scheduled one of the free city tours with SANDEMAN - highly recommend! For us, an official tour helps us orientate ourselves in a new city. We want the highlights of what to know, where to see, and some local guidance. It's a really great introduction. 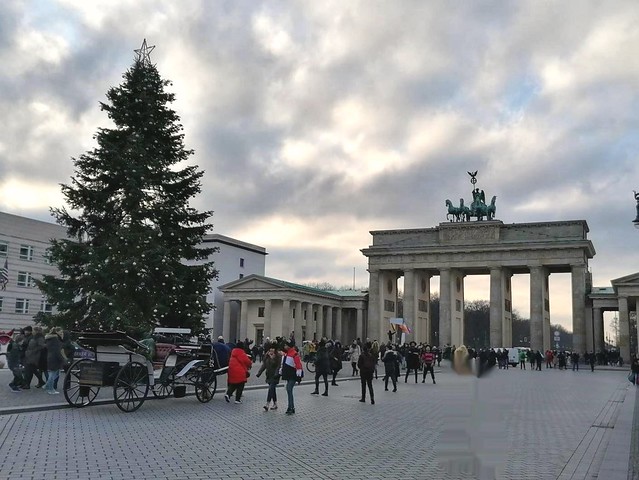 We start at the iconic Brandenburg Gate facing Pariser Platz, one of the city’s most attractive squares. More than just Berlin’s only surviving historical city gate, this site came to symbolize Berlin’s Cold War division into East and West and, since the fall of the Berlin Wall, a reunified Germany. Atop, the Quadirga statue, once stolen by France she was returned in 1814. 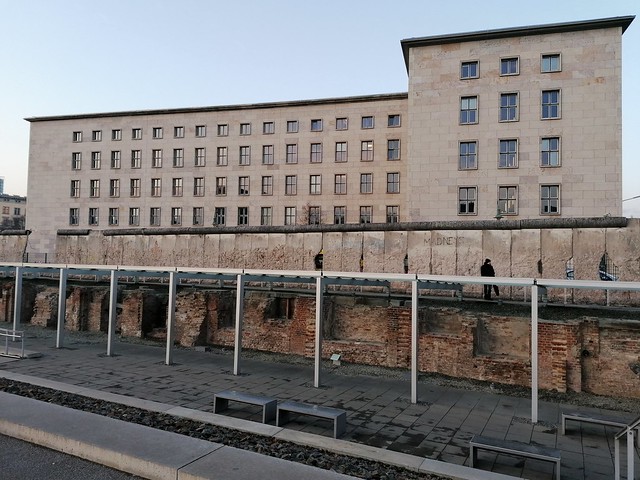 We discuss Hitler’s rise to power in 1933 and how it made the city the infamous capital of the Third Reich. We discover the site where Nazi Germany ended and Hitler’s bunker. Did you know that he took his own life with both cyanide and a bullet? We wander the Memorial to the Murdered Jews of Europe and reflect upon the lives lost. We make a brief stop at Checkpoint Charlie in the former American sector which became the most famous crossing point between East and West Germany. In October 1961 it became the scene of a tank confrontation. American and Soviet tanks took up position and faced each other with weapons primed. Can you imagine this position as a U.S. military soldier facing the Soviet in Berlin, Germany during a time of Nazi power and control!? 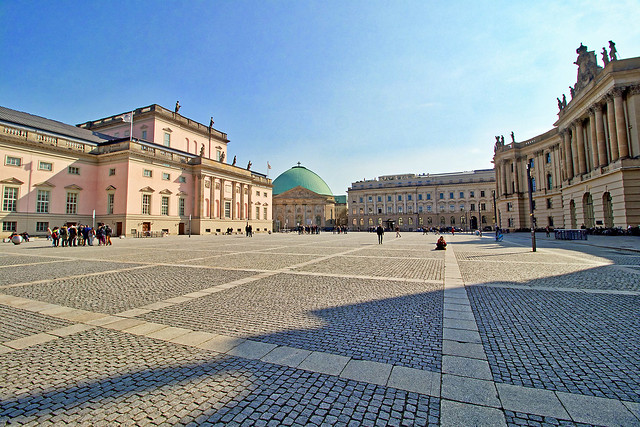 We get a peak of 1 of 3 sections of the Berlin Wall still standing as a memorial site, explore Bebelplatz, one of the most striking and historic squares in Berlin and the illusive Book burning memorial. We finish the tour with a look inside the Neue Wache, an emotional memorial for the victims of war and dictatorship. 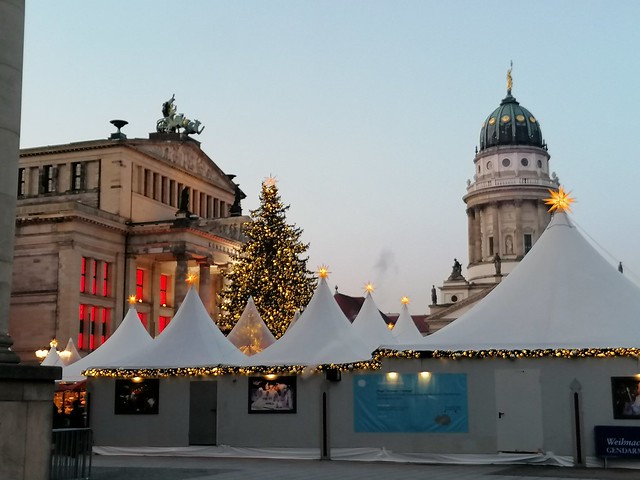 Day 1 finishes at the Gendarmenmarkt, a square hosting the most atmospheric Christmas market in the city. The market offers a large range of handmade goods crafted by artisans, Christmas food - so much great food, and entertainment. And HOT WINE! 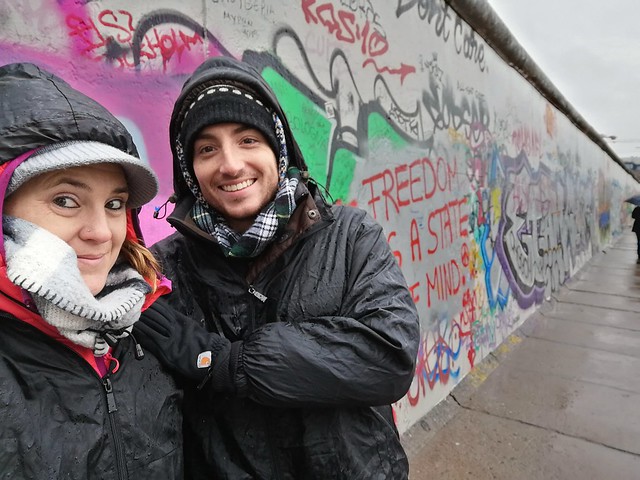 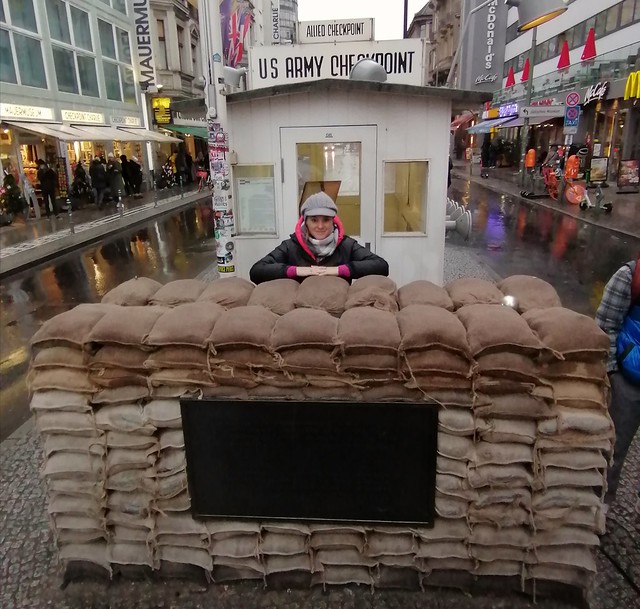 Day 3 and we're off to Checkpoint Charlie, the Murdered Jews Memorial, back to Brandenburg Gate, and more non-specific exploration of Berlin (plus Jake play). Later we have a nice German dinner at Zollpackhof and early to bed. 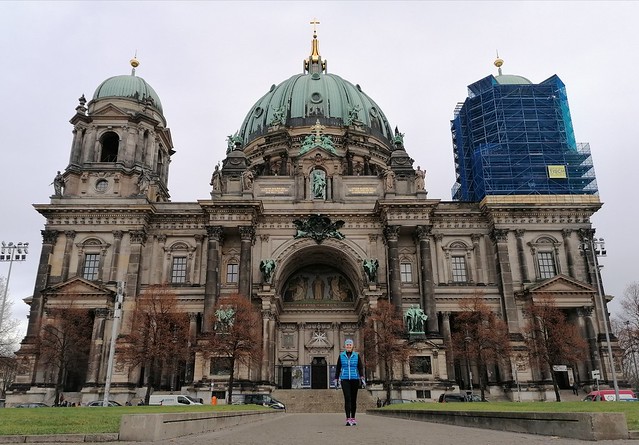 We're up early on day 4 for a 5 mile run to the Berlin Cathedral. Fun pit stop, they were filming The Queen's Gambit on Museum Island. Once cleaned up, work finished, food in bellies, and Jake walked, we decided we wanted to get a quick tour of the Berlin zoo before the Christmas light exhibit. We actually ended up going to the wrong zoo. Only us! But after, we went to the RIGHT zoo for an evening walk of Christmas lights, hot wine, and another tour of a Christmas market for all the gifts! 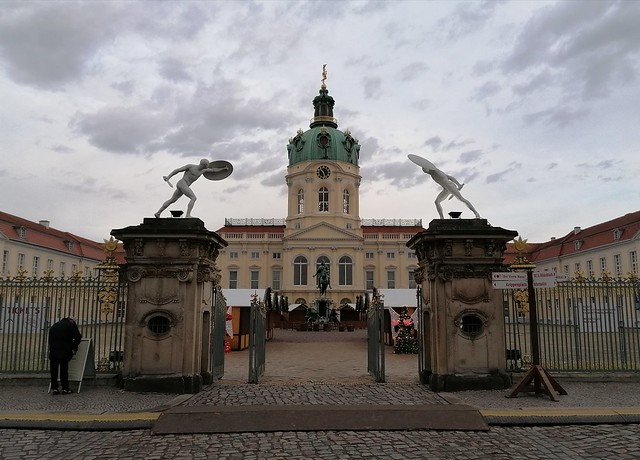 Day 5 included a tour of the Reichstag Dome and Charlottenburg Castle. We really feel fulfilled with our 5 day visit of Berlin and on the morning of Day 6, we board the train for Prague... 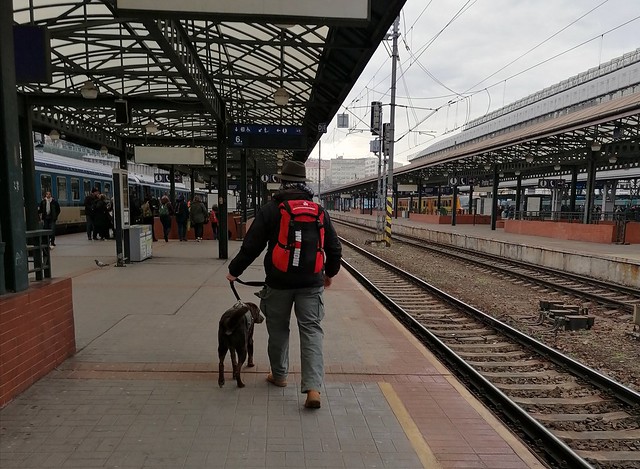