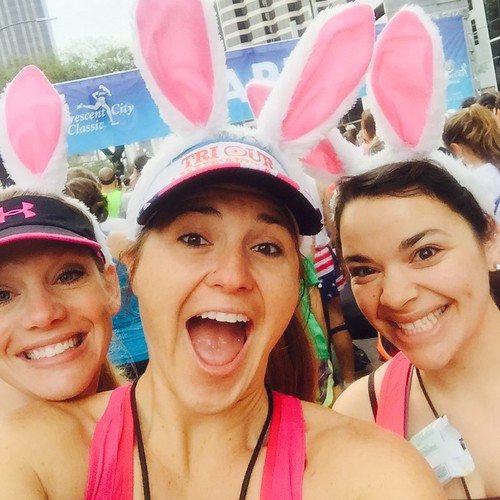 Only the best 10k on earth!! 6.2 miles of Jell-O shots, mimosa's, NOLA crazies, music, color, bunnies, red beans and rice, and... FUN!! I say it after every time I run a race in New Orleans, but I just LOVE being able to run down the middle of the street in one of the busiest cities I know.
I love catching the city at such a vulnerable hour, preparing for the day... 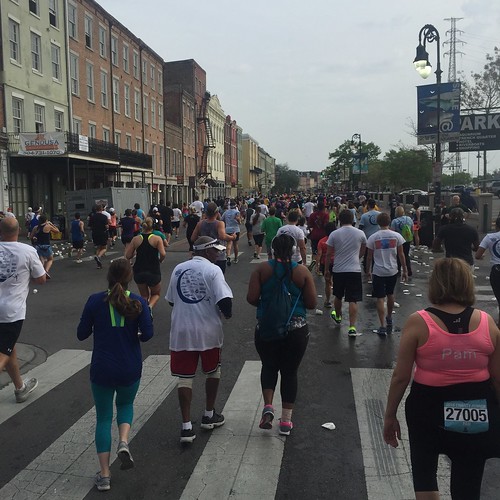 The 10k always starts downtown by the Superdome, runs through the French Quarter, and ends in New Orleans city park. Esplanade Avenue takes on a whole new life form as it is shut down to traffic and opens up to 30,000 runners. Locals and fans line the street with musical instruments, shots, sausage, and signs of encouragement. Every mile is well marked with banners across the street, hydration stations, and music. Volunteers are everywhere and the energy is remarkable! 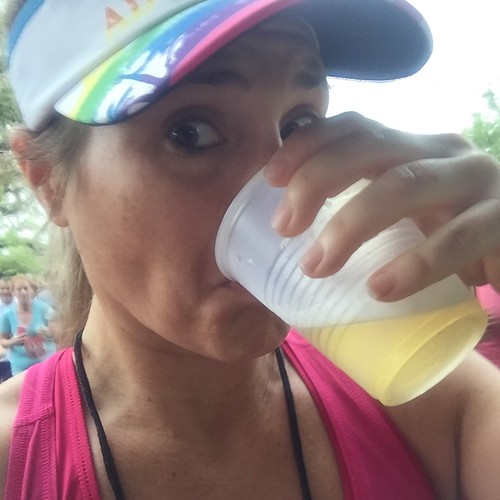 And then after the race, at city park, we are greeted by finishers medals, Michelob Ultra, live music, and creole cuisine. And if you're smart enough, you paid the extra $$ for the VIP experience. Because in here, you're also welcomed with Bloody Mary's, Mimosas, Hooters Wings, Subway, Pinkberry frozen yogurt and more! SO MUCH FOOD! 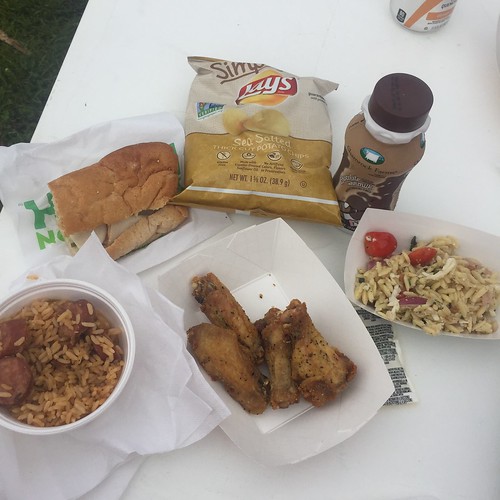 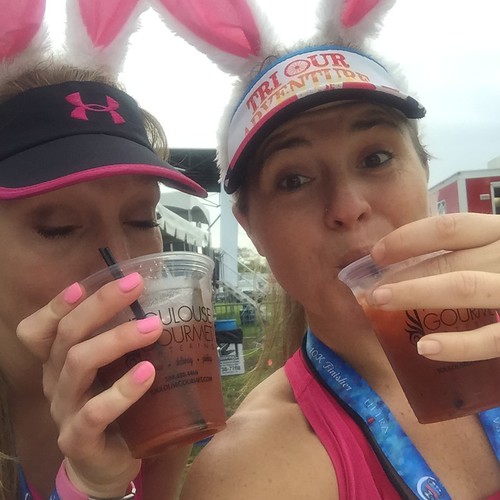 Running with two of my bestest girlfriends and part of such a great group of bloggers, this was the best year yet! Not only do I encourage you to add CCC10k to your race calendar for 2017, it should be a standard Easter weekend tradition for you and your family!! 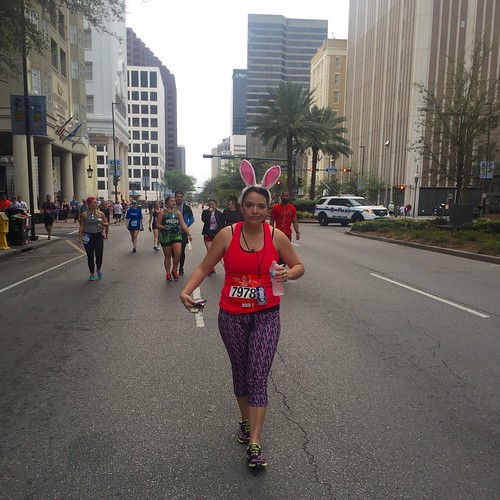 "As a beginner racer, the Crescent City Classic hosted in New Orleans was overwhelming and extraordinary to say the least! The extreme organization within the utter chaos of people was choreographed perfectly. Running through the streets of New Orleans with thousands of people running with you no matter how slow or how fast you go is an awesome experience, if not extremely terrifying. If you have ever been scared of losing your group, this run may validate that fear a couple of times. Also, I have never ran in a race and thought, 'now is a good time for red beans and rice' (or smoked sausage) until running the CCC10k. The amount of food and drink given on the course will make you not even a little hungry at the finish. That is until you see the spread at the finish. The amount of food you'll eat at the finish will make you not want to eat until the next day. That is until you get back to your hotel and realize breakfast is still going...
The food was great, the beer was better, and the race was awesome." ~Amber

Amanda, what are your thoughts?... 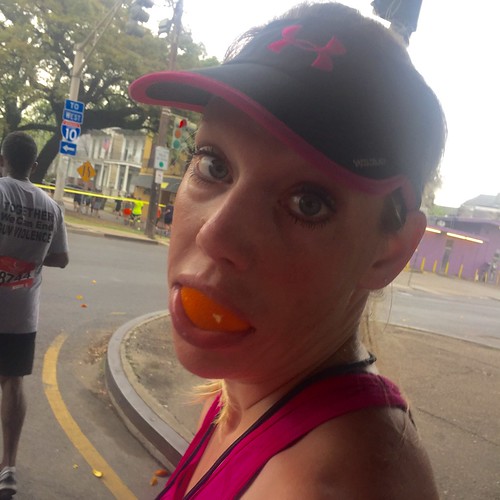 Well, there you have it friends, Crescent City Classic 10k is a must!!