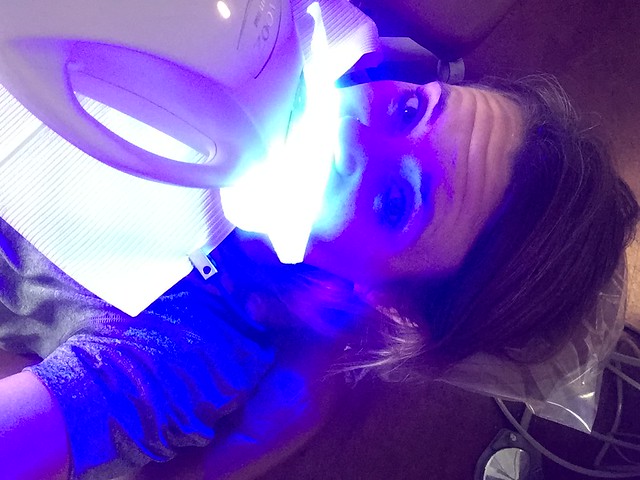 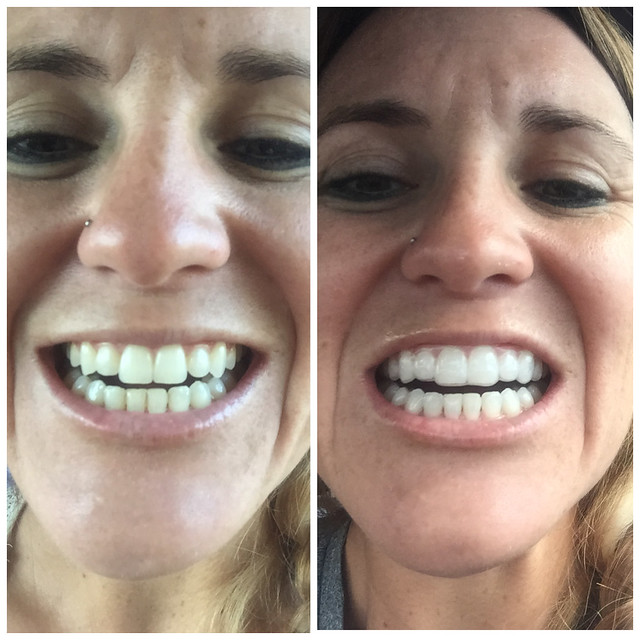 Probably the most painful mouth procedure I have ever partaken in! I can't believe people pay for this over and over and over. Although, with these results, I do get it. But holy heck it hurts!!

It's a teeth bleaching set up...
So what happens is, the tech sets your mouth up, protecting your gums, cheeks, and tongue from the bleach. None of that was horrible, just a wide open mouth with a guard like contraption shoved in there. Next the tech rubs the bleach on your teeth and puts the Zoom machine which is just this bright blue light thing. It's supposed to be 4 x 15 minute sessions. In the midst of session 2, I had to push it away. UNCLE!!!

Bleaching dehydrates your teeth so the nerves all freak out. It feels like your teeth are being electrocuted. They are called zingers. And they hit you unexpectedly and intense. It's like a little earthquake inside your mouth/inside your teeth. It hurts!! It's insanely uncomfortable. And surviving all 4 sessions would have resulted in even more and more intense zingers. NO THANK YOU!! And it's not just during or right after, it's for SEVERAL hours later. Mine lasted about 12 hours. They came fewer and far between, but they sucked bad every time! Rattled my brain sucky.

I wanted the basic stain from having braces diminished and it worked.
I'm so grateful to my dentist, Dr. Verrett for setting this treatment up for me (I don't want to sound like I don't appreciate the effort)... The tech told me, he even ended the treatment early. It's for real people!
But truth, I will never do this treatment again.
I'll stick to a good toothpaste and some white strips or something!! Zingers be GONE!