not quite a race report 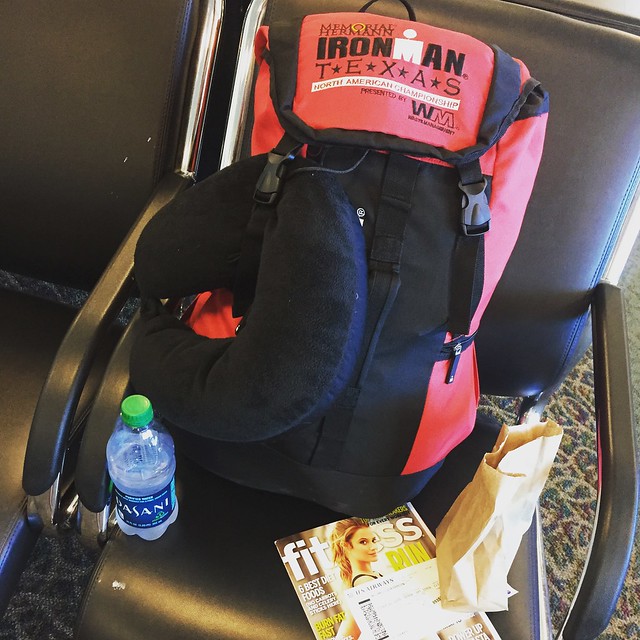 I'm sitting in the airport delayed... thinking about what lies ahead of me: Ironman Barcelona. #8. Wow! I've done 7 Ironman!! It feels like I just started this journey a couple months ago!! In actuality, I started it in May 2012 (or a few months before, the training counts!!). That was only 3.5 short years ago.

And thanks to some memories shared by the Knitty Triathlete, I too am wandering down
memory lane...
May 2012 - Ironman Texas. I was terrified. I felt like I didn't belong there amongst those amazing triathletes. I was so new to triathlon. I was so intimidated by... everything about it! I wanted to vomit. Moments before the race though, I felt calm and clarity; I DO belong here. I'm about to be an Ironman. 14 hours and some change later, Lisa McCombs, you ARE an Ironman. And so it began... 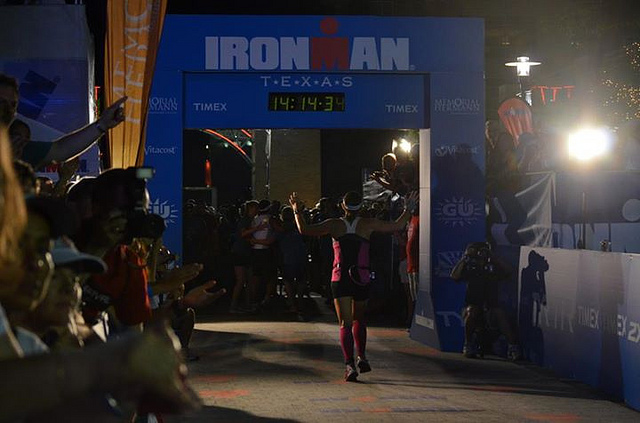 An addiction, a CALLING!! I trained harder, longer, stronger. I became ITCA certified and started Coaching.

Nearly a year later and lots more shorter distance races under me,
March 2013 - Ironman Los Cabos. The hardest day of my Ironman life so far. The swim was waves upon waves. And not just little chunky waves, they were these giant swells of terrifying death looming. Mom even remarked in fear, "My baby is out there!!" And having seen the bigger than boat size whales out there... I was scared. But I survived! The bike was mountainous; so difficult that they changed it for later years. I was out there for almost 8 hours! I didn't even want to run. But boom, there was mom in transition. Patting me on the head and putting my shorts on for me. Good girl, go run. And the run was fine, but lots of switchbacks which are mentally exhausting. In 15 hours and 30 minutes, I became a 2 time Ironman. The Cup o' Noodles would change my post race meal forever.

If I reach 500 miles on GOBA, I'll sign up for Cedar Point (with Chris). It happened. So it also happened...
September 2013 - Rev3 Cedar Point 140.6. This race was ALL Christina's fault. And wouldn't you know it, she went and got sick nearly dying right before the race. I have to do it solo now!? I don't like you anymore. She was a good sport though (as was Mark) and made the trip with me as sherpa's. This is probably the best I have felt during a race. The swim was moved at the last minute due to high winds but I felt okay about it. Slow and steady. The bike was windy and rainy but I really felt strong. The run was fun with Chris and Mark, Trish, Andy and the girls, and Cheryl and Savhanna bebopping around the course. Trying so hard to break 13 hours, I finished in 13:05. That last 5 minutes!! I've been holding it over myself since! 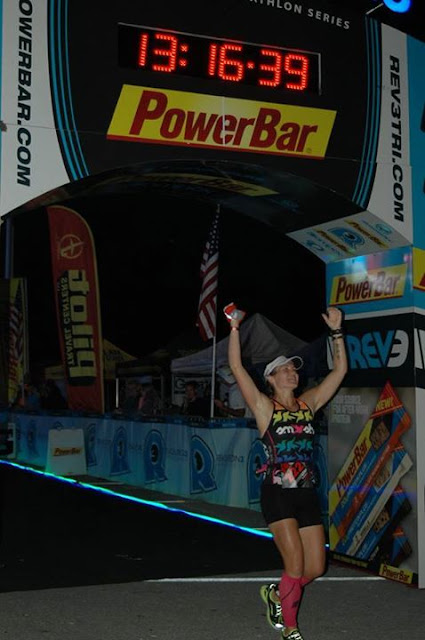 It's winter time, no one is training. Except for Lisa...
April 2014 - Ironman South Africa. Am I really traveling ALLLL the way to SA for an Ironman. Heck to the yeah I am!! And I'm dragging my mom with me! Even though I trained mostly solo the entire winter - cold wind and ice, this was the coolest one so far if you include the adventure. We explored and adventured and were awed by the beauty of it all. The elephants. WOW!! I'll never forget. I had a great race; nothing to brag about but I finished my 4th Ironman. 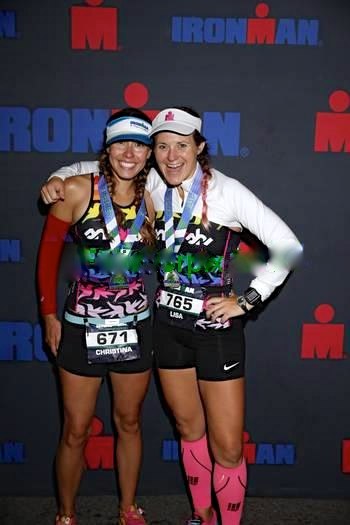 June 2014 - ^^ Ironman Coeur d'Alene. My most spontaneous Ironman. Seriously Chris and I were sitting at the shop thinking, let's do an Ironman (she needed one after the Rev3 sickness anyway). We saw it. And we signed up. Just like that. It was another great strong race; my best swim, a decent bike, and solid run partially with my bestie. I kind of felt like a gangster finishing that race. That's also the race that changed my (at the time) current world ~long story. But I was never going to be the same. Friendships changed. Hearts broken. Loyalty questioned. Forgiveness and understanding demanded. A rough few weeks followed.

It didn't take long to get ready for my next race though...
November 2014 - Ironman Arizona. I remember thinking, I've gotten so lucky finishing all these Ironman, I want to break 13 hours. It wasn't luck though. It was ridiculous hard work. I worked hard to break 13 hours. And at mile 90, I got a flat tire. Maybe that lengthened my goal, maybe it didn't. But I finished in 13:16. Some have asked if I'll go back for redemption. Eh, maybe so. Maybe not. You never know (not even me!!) what's up my sleeve. 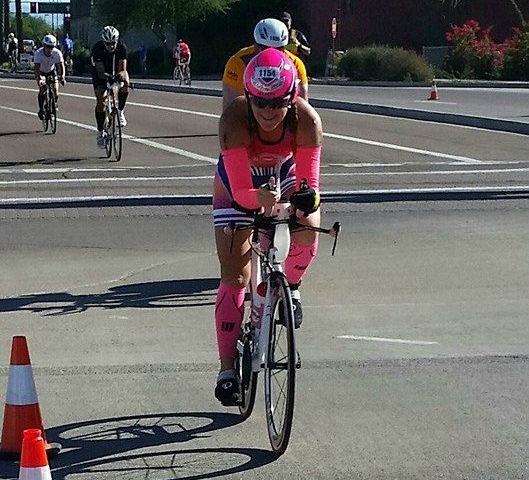 A winter of continued training, a marathon, and two Ironman 70.3's...
May 2015 - Ironman Texas. For the 2nd time I faced IMTX. I changed my entire attitude for this race. It was no longer about breaking a time; it was ALL about having fun. Sheer fun!!! And I did!! I loved the swim, had a blast on the bike, and was SILLY on the run. I was there with some of my best friends, met some amazing new friends, danced on the run course, and once again, my world changed and I walked away a different person. 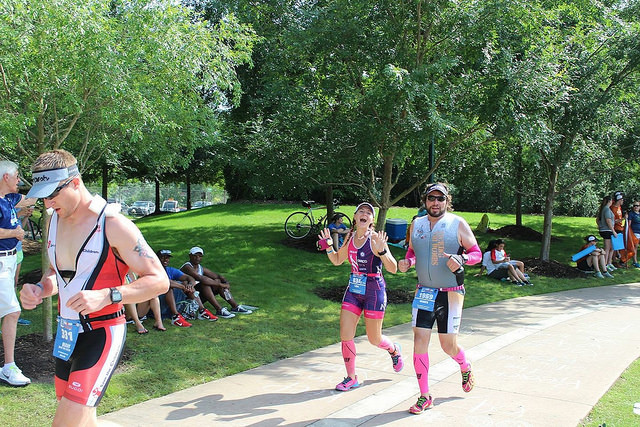 Now here I sit on my way to Ironman #8. My 2nd this year. And I'm such a different person than I was 3 and 1/2 years ago. I'm even a Coach now! And I think a pretty good one! I'm on a mission to Kona. I'm so passionate about this sport. I'm on Team Zoot. I educate myself daily. I FEEL like an athlete, a triathlete. I FEEL strong (mentally and physically). I feel empowered and motivated.
I feel like me. What's so great about each finish is I walk away changed, bettered. You will never understand that feeling until you too cross the finish line. Something I never imagined I'd be capable of doing and then doing it over and over. A sense of accomplishment that is just... overwhelming.

My destination is not complete. I'll finish Barcelona next week and then spend the winter working on some speed and strength. I'll finish Ironman Brazil in May 2016 and Ironman Wisconsin <--- yep, I signed up!! Eeeek! I'm also considering IM Canada and will pursue IM Cozumel if not this year, definitely next. I've also got Ironman Japan on the schedule (get ready Brandi!!), and a few more to be determined to get me to Kona. MY DREAM!!

And in between all my amazing Ironman adventures, I'm always up to TRI something different, so bring it!!
Courage. Confidence. Determination.
If You Never Tri, You'll Never Know!