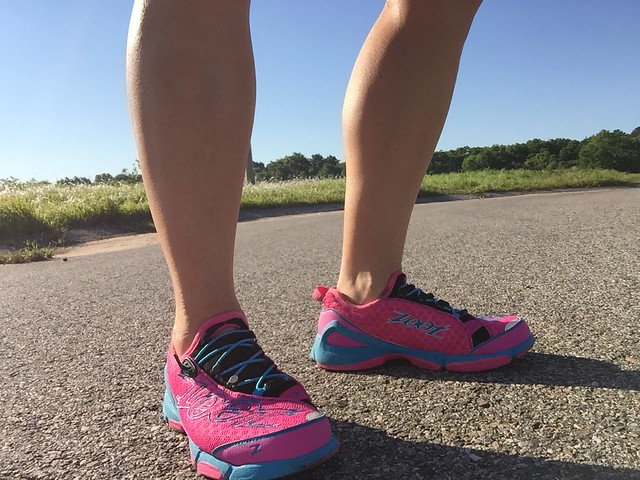 Yesterday, in route to a birthday party, I stopped in Theodore to make Alabama my stomping ground. I had a 2 hour run and I was kinda stoked for the change of scenery. I found a little neighborhood that I would make my circles around and headed out.

Man, I was having a great run! I mean, my knees felt good, my back felt good, I was on pace and could stay there all day. Time and miles were even flying by <--- this was all in the first 3 miles. The weather was perfect. Sunny but a little cool. And just as I'd wanted, the neighborhood was a great change of scenery. It was just at this moment when two dogs came charging towards me, teeth exposed, snarling, growling, barking. MEAN, ready to attack. OH SHIT!!

Take note that this all happens very fast and it's about 7am...
I immediately go for my defense, stop moving, be loud but calm, be the alpha male ~
EH EH, GET BACK! GET BACK!
Didn't even phase them, they immediately had me surrounded. It's like they were pack attacking me. One on each side, completely opposite of one another so I couldn't see both at the same time and circling simultaneously. Time stopped, fear suddenly got very real; my natural instinct to fight or flight kicked in.

I've read what to do in a dog attack situation before (if you remember Jake and I were involved in a scare a few years ago). Stay calm and in control, use your body language to show assertiveness, appear larger than you are and claim your space, be loud and bold but calm. The idea is that this energy creates a barrier and lets the dog know you aren't afraid. If this doesn't work, you give them something to bite at to distract them so you can get away (think, an article of clothing, something in your hand, your shoe!?). If you have nothing, advice suggests to become boring, become a rock, or just stand still. OR, roll into a ball and protect your face, chest, and throat.

My assertive stance wasn't working for shit. I had nothing and no time to rip my shoe off or any article of clothing. I knew if I ran the pursuit would have been even more intense. But become boring, a rock, still, or a ball!? And die!? They WANTED to hunt me. Mar me.

I was roaring HELP ME and COME GET YOUR DOG and growling at the dogs to get back. Every time I tried to make myself bigger, they came at me harder. If I backed off at all, they came at me harder more. I was literally fighting these dogs off. One would jump at me and I'd hit him off then the other would jump at me or go for my legs. If at any time they would have come in on me at the same time, it would have been game over. I imagined myself being mauled by these two right in the middle of this stupid neighborhood in damn Theodore, Alabama.

It was all extremely intense, terrifying. My thoughts were flashing all over the place - climb on top of a car, don't run, they're going to get tired or bored eventually, keep dancing, Ironman Texas is in two weeks, don't get bit, DON'T GET BIT, keep swinging. These dogs were relentless and how the fuck is no one hearing me at 7 in the morning SCREAMING HELP in their neighborhood in the middle of the fucking street !?

Finally a lady came out and hollered at them by name. They were so reluctant to leave me alone but it at least distracted them long enough for me to get away. She had a foreign accent and called out an "I'm sorry", "they aren't my dogs", "just go just go", while harnessing the dogs in. These shits have names!? They belong to someone!? I would have hoped they were feral dogs stalking the neighborhood for food. I can't believe they actually LIVE here. I wonder if they're a neighborhood nuisance!? I can't be the only attack! Jesus people! You have a responsibility!!!

Heart racing, terrified, angry, exhausted, I escaped unscathed (physically) ~until this morning, I'm noticing that I do have bruised knuckles. But no bites. I have a weird bruise on my leg too but who knows, I could have just ran into something.
Needless to say, the whole situation kinda ruined my run. It took a good 2-3 hours for my heart rate to return to normal and my body was so stiffened and panicked that it just exhausted me. I mustered out 8 miles but didn't hit my 2 hour mark. Today my neck and shoulders feel tight too; I'm assuming it's from being so tense for those moments.

I wanted to share this with you in case you ever find yourself in a similar situation. I guess I thought I'd know what to do if ever. My big girl voice has always worked in suppressing an attack. Even chatting with my buddy JG, he said, "I wouldn't have known what to do." Well holy hell, apparently I didn't either!

What I've read to do in an attack didn't work. Flight wasn't an option. So fight was all I had. I guess I could have continued my dance with the dogs until they got bored. I sure as hell wasn't going to let them bite me. In fact, I'm reading more "what to do" this morning while I type this. The advice is bullshit. Dogs in attack mode aren't just like, hmmm, whatcha doing there fellow runner? No, they want to bite the shit out of you! They want to protect their territory and for you to feel their fury! If I would have "stood still", became "a rock", or became "boring", they would have eaten me alive! The only good advice I'm reading is don't run. Where's the, if all else fails, fight for your life, tip !?

Anyway, I know what you're going to say...
But we can't always run with a buddy or carry a big stick (gun, pepper spray, etc). And "what to do" doesn't always work. Sometimes, we just have to face a situation when we come to it. I hope you never have to face it. Scary.

*I probably should have went and filed a report. Hindsight is 20/20.
For your future running reference, black circle indicates dog attack site... 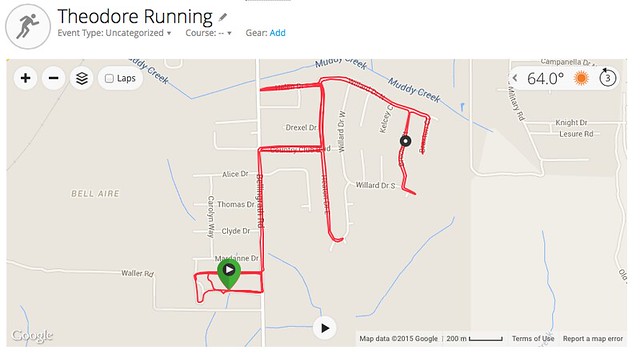