Another week closer to that big goal! Week 11/20 Ironman Kona


Monday, August 5, 2019 - got a short swim in but only had 30mins (I woke up late) before needing to head to Cincinnati (structural integration appointment). Leaving the Y, I get a call from my dad who is super panicked, on the edge. What's happening!? (my dad has been having panic attacks). "Can you take me to the doctor Lisa? I'm not feeling okay and can't make it by myself." He's never seen a doctor (minus a few random surgeries at ER/hospital). But never a primary care physician and his appointment is today (he kinda thinks he's dying). At first frustrated to give up my appointment...U turn.

Moral of the story: family first. And, I should have woken up earlier.
I have time to turn this around! Later grabbed a quick run while everyone was napping and it was hot.
SWIM 1450 + RUN 2.5 miles 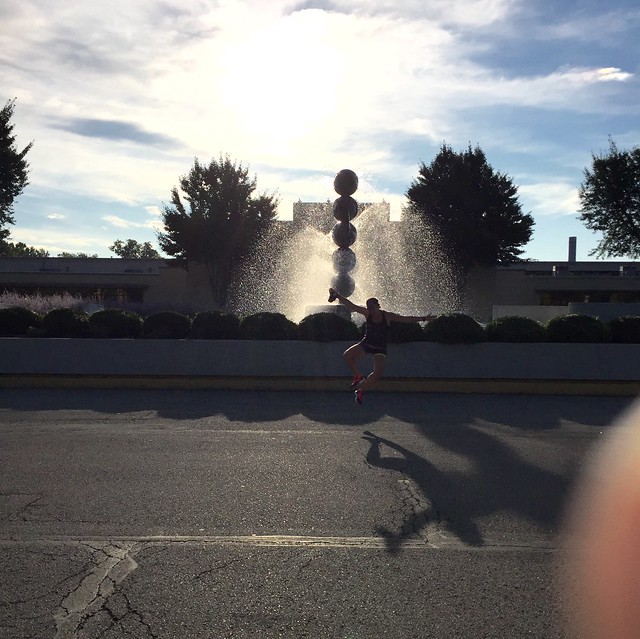 Tuesday, August 6 - woke up to good news! PayPal truly protects your money/purchases! I disputed a charge and after their investigation, WON! It feels good to have someone on ya' side!!
Out for a 90min bike - rode mostly on the bike trail (which slows me down immensely) but it was 'time to go to work' time and I wanted to avoid sleepy drivers. I couldn't avoid it eventually as I ran into some park rangers spraying and had a section closed off. I went countryside for a few miles and turned back to finish with my time. Next up: grandma, work, chores, errands, walking cows... oh, and I was robbed at the post office today. Some white trash piece of shit swiped my TOA merchandise while I weighed an envelope (I was sending visors to a few of my athletes). Unbelievable.
BIKE 22 miles

Wednesday, August 7 - up early (finally) for a cool run. For some reason I'm a bit nervous about going far. I think it has to do with recent shootings and then my stuff being stolen from me at the post office. It just feels like a scary time. And even though I carry protection, I like to stay near home. So I did a lot of back and forths for 5 miles. Grandma took a big fall after my run so rescued her from that and then spent the day working and keeping up with her. Cooked a big taco dinner for the whole family and I'm calling it a NIGHT!
RUN 5 miles

Thursday, August 8 - I realized I wanted to swim yesterday afternoon and forgot. Doing it today might mess up the weekend. Or/and I might anyway. TBD. But I did go bike for 1:20. A bit windy and kinda boring out there - at least I'm getting it done! Next up, shower, work, breakfast, all things!
BIKE 22 miles

Friday, August 9 - woke up very down today. I don't know. 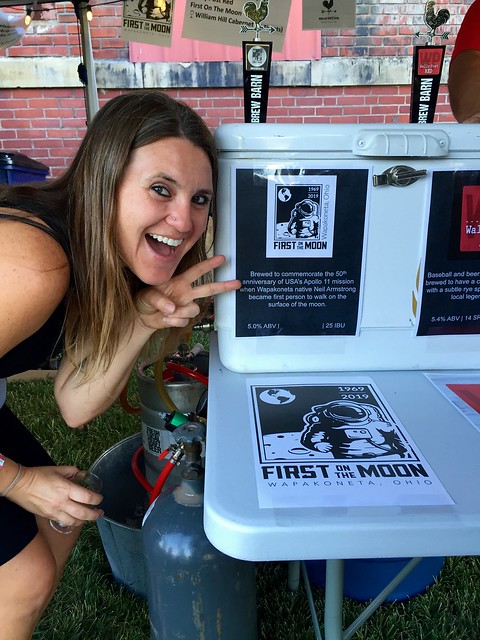 Saturday, August 10 - early morning for 40 miles on the bike with Aunt Cheryl. We didn't ride fast or furious, but it was a good strong run in the wind and hit some hills. A super fun night out in Pique <-- of all cities! "Down a River Down a Beer" a 99 craft beer tasting festival. Cheryl, Billy, Jarrod, Amy and I had a real silly fun time!
BIKE 40 miles 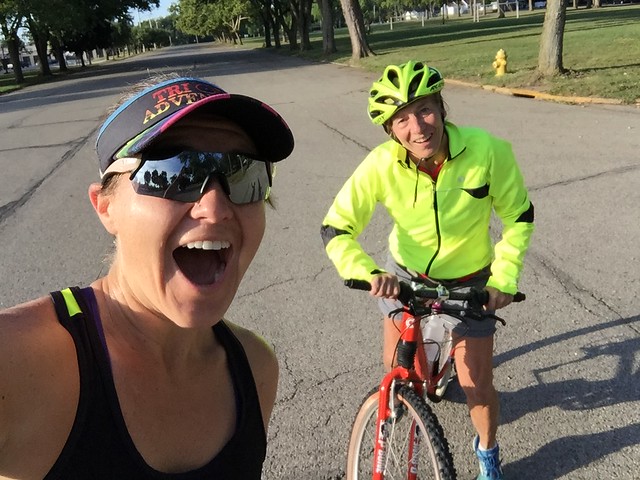 Sunday, August 11 - 15.4 mile run today while Cheryl mountain biked next to me. The .4 came because I stopped my watch for a train but forgot to restart. I HAD to SEE 15 miles on my watch, so I kept going. Ahh!! Rushed clean and to the fair to watch Lydia's tumbling program and Christine's horse show. Ate the best tater tots ever in the world and had a good day with Trish and family.
RUN 15 miles 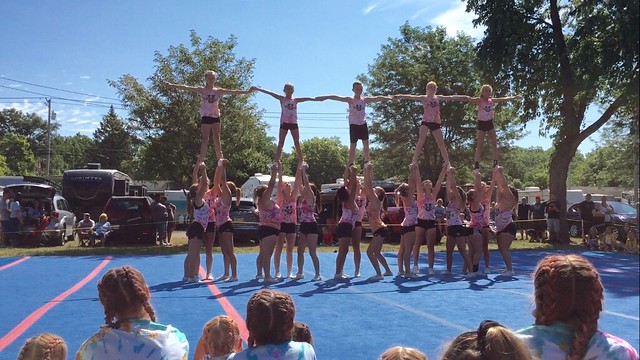 I failed on swims this week. I don't even know what happened, but I'm on it for next week and will not falter!! Super missing my guy and feeling the pain of this separation. But, I'll admit, the weeks seem to fly by. I chatted w/Cheryl a lot on Sat and Sun about Kona. So I'm excited about what's to come and definitely want to throw up too.

Another week closer to that big goal!