Exploration, and a few of my favorite photos from our Sunday in Siracusa, Sicily... 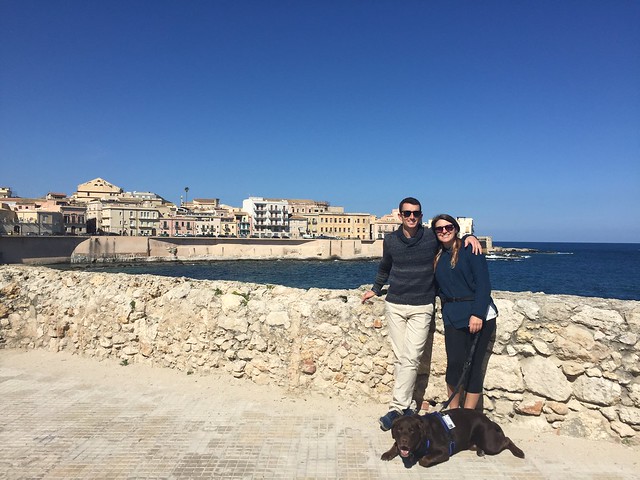 The 2,700 year old city, Syracuse, is situated on the Ionian Coast of Sicily, Italy. It's known for its ancient ruins, Greek history, amphitheaters, and architecture. 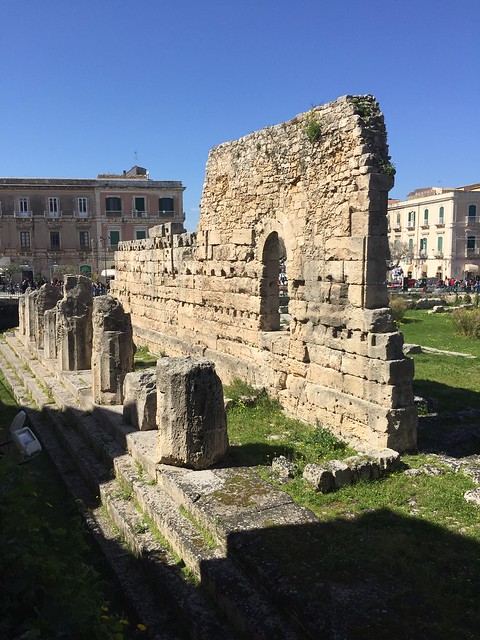 Temple of Apollo - dating back to the beginning of the 6th century BC, it is the most ancient Doric temple in Sicily. 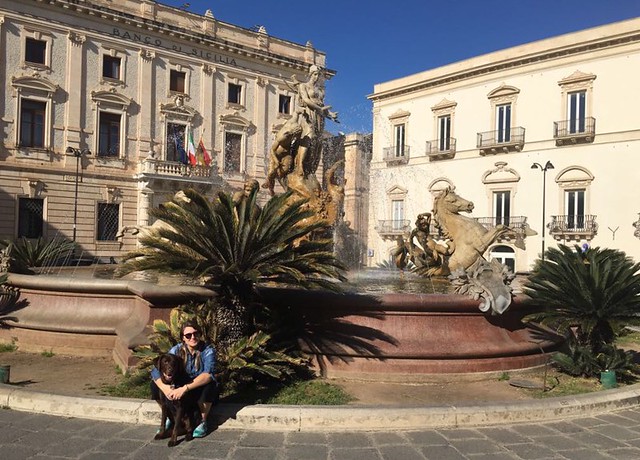 The Fountain of Diana - built between 1906 and 1907 portrays Diana, the goddess of the hunt with Alpheus at her feet amazed by her metamorphosis. 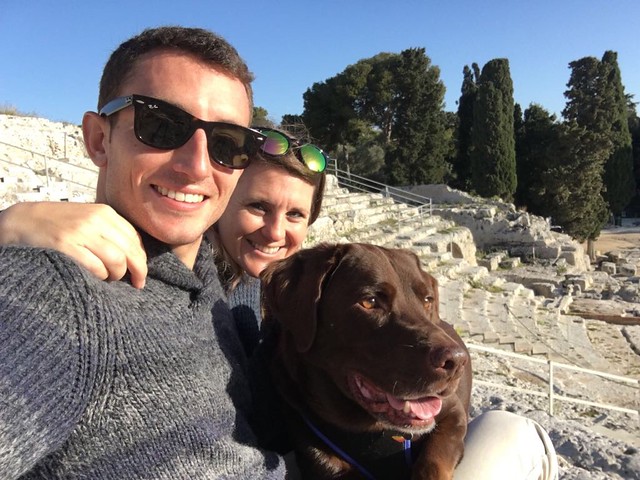 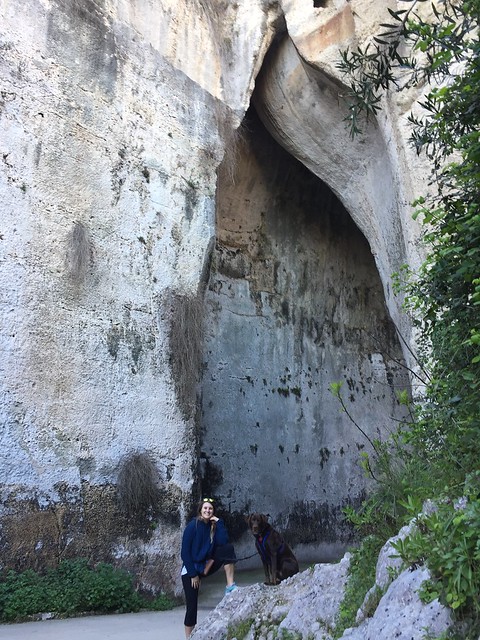 Ear of Dionysius - a limestone cave carved out of the Yemenites Hill. It is 23 metres high and extends 65 metres back into the cliff. Horizontally, it bends in an approximate "S" shape, vertically it is tapered at the top like a teardrop. Because of its shape the Ear has extremely good acoustics, making even a small sound resonate throughout the cave. 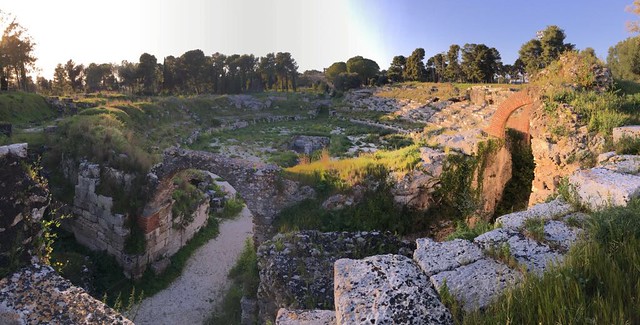 The Roman Amphitheater - near the Greek Theater, it dates back to the 3rd century AD. Presumably, it was built to create space for the bloody gladiator fights. 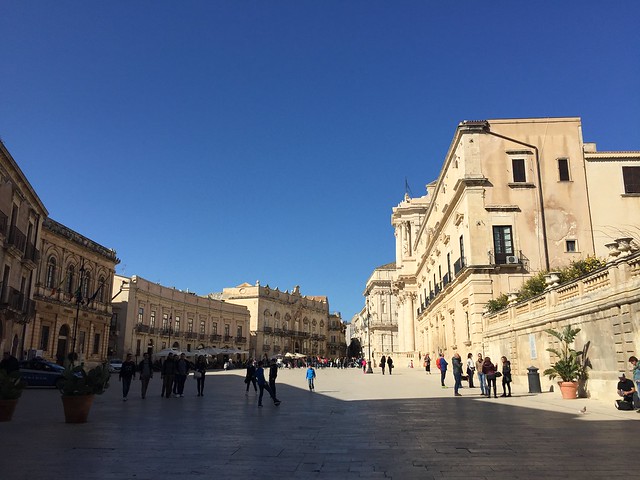 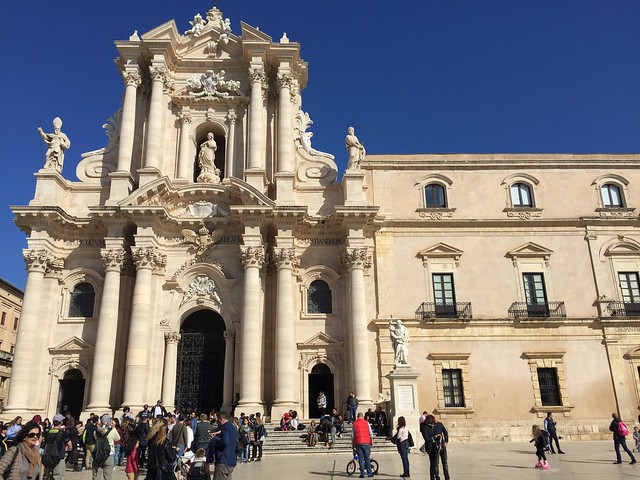 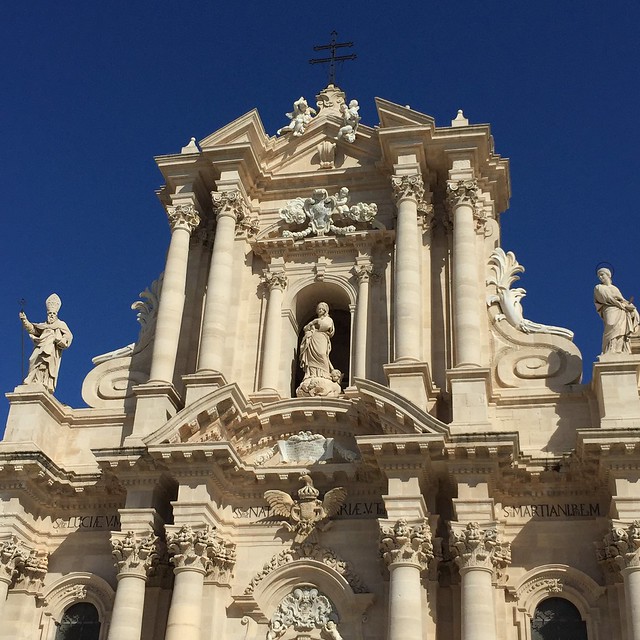 Cathedral of Siracusa (Temple of Athena) - the origins of a temple on this site date to prehistory. The great Greek Temple of Athena was built in the 5th century BC. The temple was a Doric edifice with 6 columns on the short sides and 14 on the long sides. The present cathedral was constructed by Saint Bishop Zosimo of Syracuse in the 7th century. The Doric columns of the original temple were incorporated in the walls of the current church. 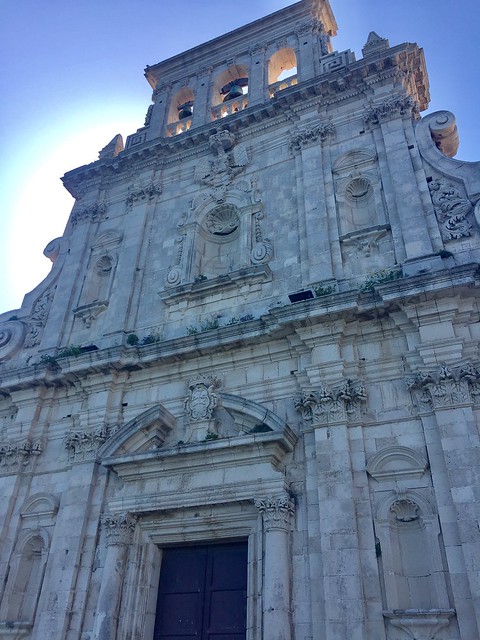 Santa Lucia Alla Badia - (church) the current 17th-century building stands on the site where the city's patron saint, Lucia, an aristocratic girl who devoted herself to saintliness after being blessed by St Agatha, was martyred in 304. Beneath the church is an impressive network of catacombs, used by the early Christians for burials.
Courage. Confidence. Determination.
If You Never Tri, You'll Never Know!