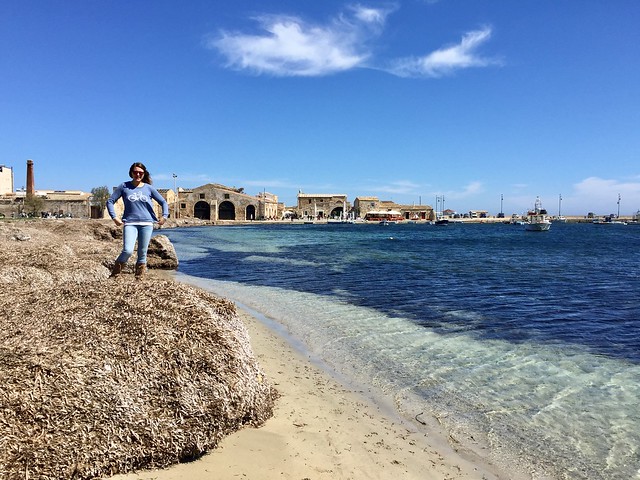 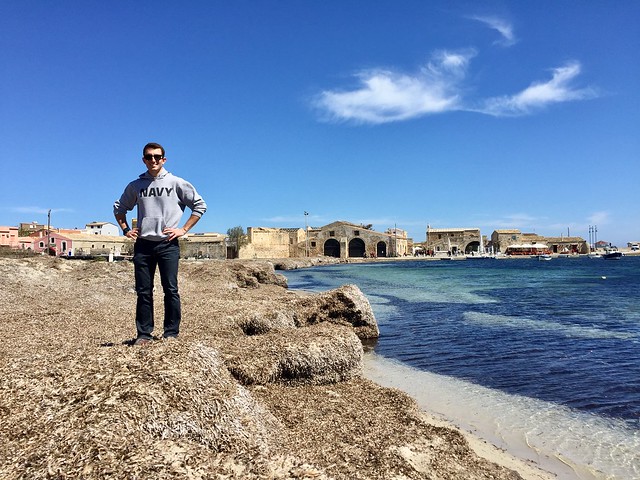 A tiny village 3km from Pachino, 20k from Noto, and located in the Province of Siracusa, Mazamemi is a hidden gem and made for a DELIGHTFUL overnight getaway... 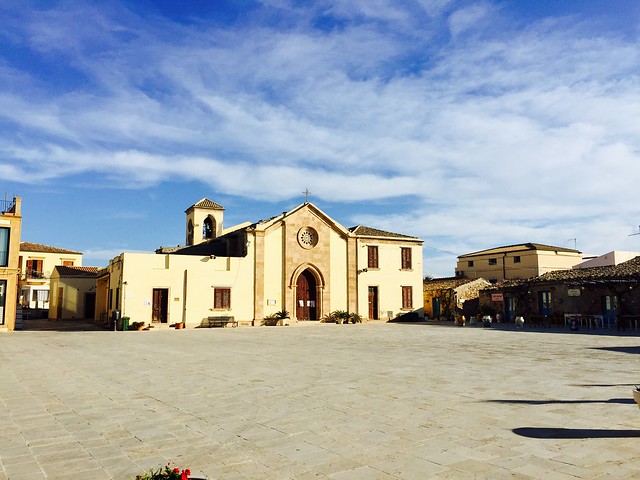 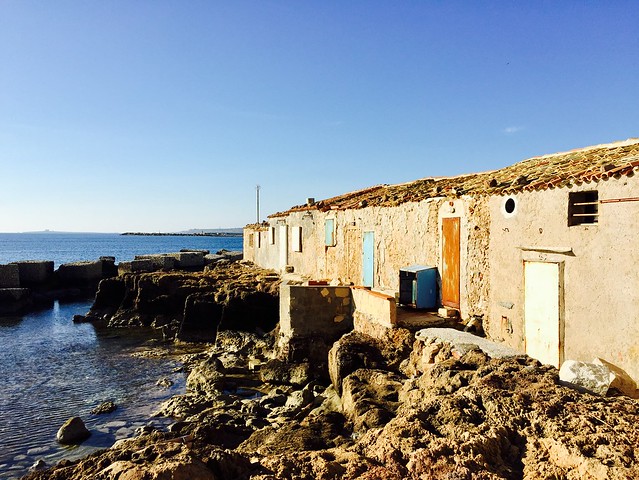 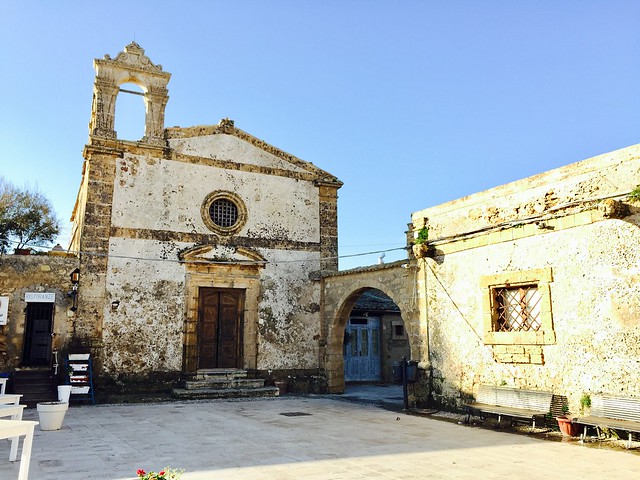 Once described as "a small filthy village, which, during the fishing season, is strewed with the blood and intestines of the tuna", Marzamemi has become a sailor's dream and a beach bound tourists paradise! Time stands still here; perpetually blue. The skies are clear, the water crystal clear, and the wind is perfect for sailors and kite surfers alike. Thankfully it's off season because the city was calm and quiet. During season, the small village is PACK FILLED with tourists, sailors, and beach goers. 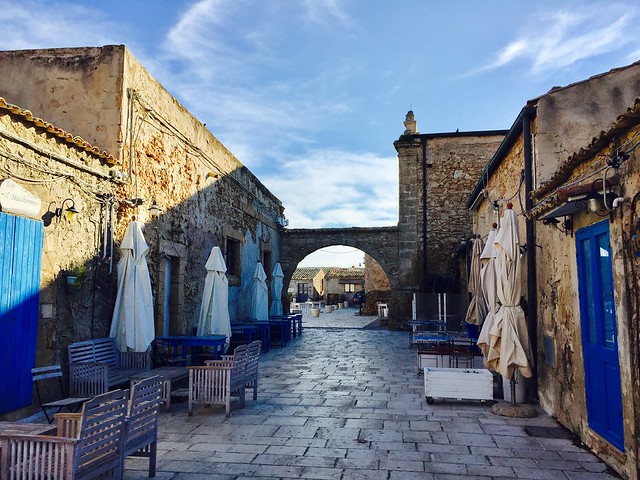 About 260 Sicilians call Marzamemi home and run small shops with ancient arts and crafts, fresh fish, Sicilian baked goodies, wine, and more. Other locals provide sailing lessons, take care of the MANY boats the land attracts, or work in the local cities of Pachino or Noto. 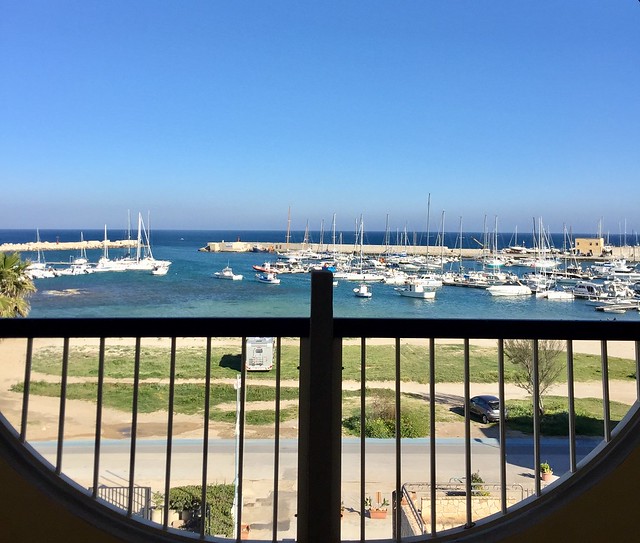 We arrived Saturday afternoon and stayed in an apartment that Luca's father has recently rented (he will use the getaway both for work he conducts in Sicily and an escape with wifey). The apartment is incredible, a 3rd floor dream overlooking the sea. We met up with a friend, Guido, right away who showed Luca the village while Jake and I played in the seaweed. 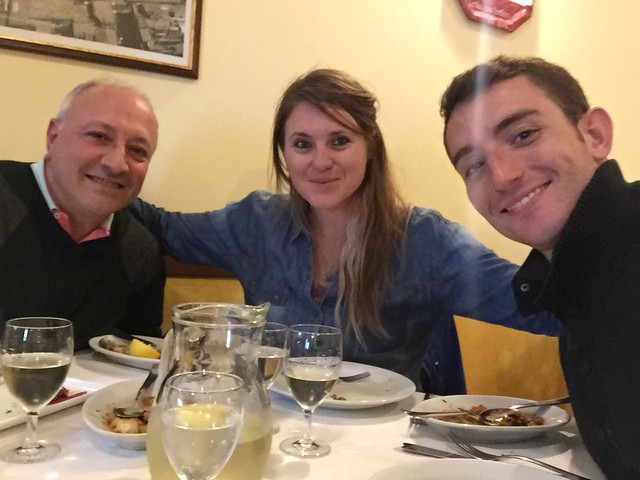 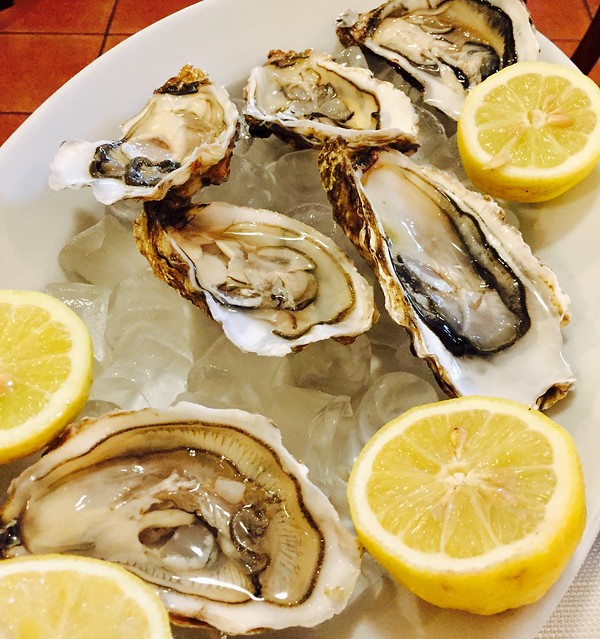 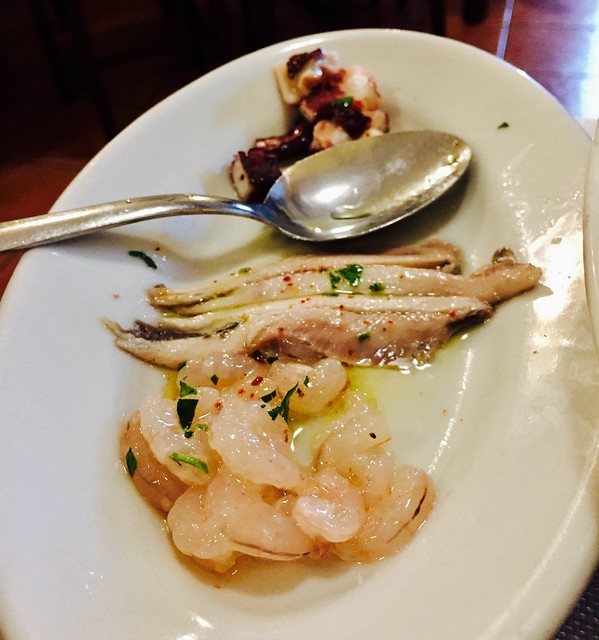 We later enjoyed the BEST seafood dinner (raw and cooked fish, a variety of local dishes, the tastiest oysters I've ever had, fresh bread, and pistachio chocolate cake) with Guido celebrating his birthday and our visit. 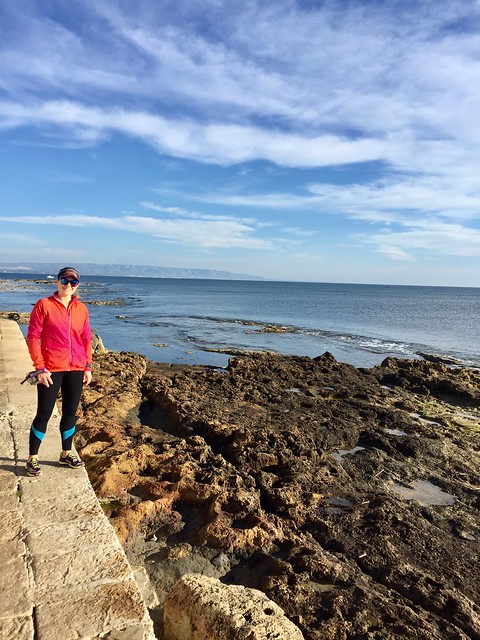 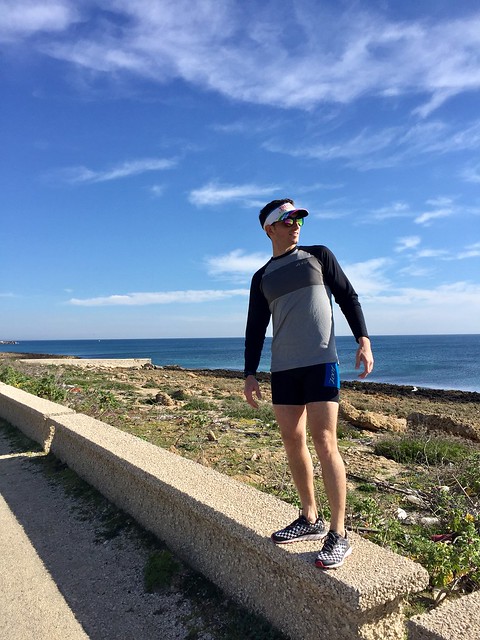 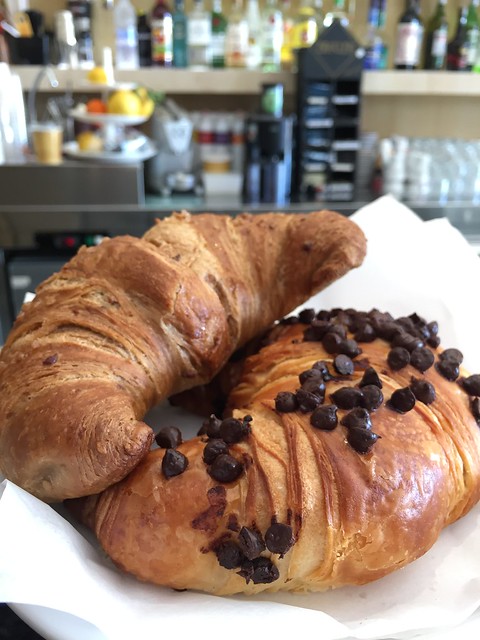 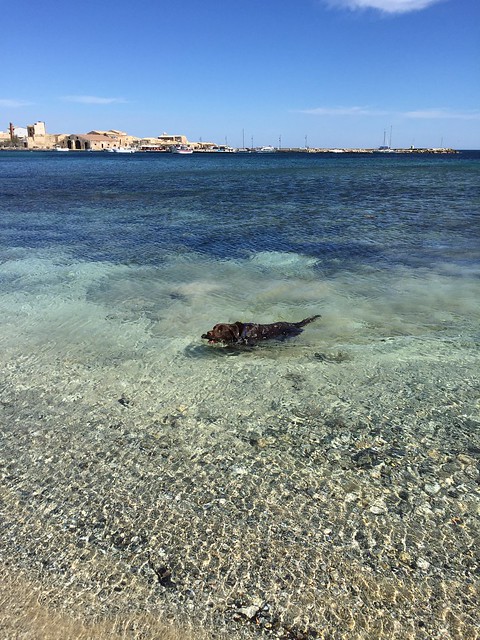 We woke up Sunday morning to run/tour the area, Luca showing me all the fantastic places that Guido showed him Saturday afternoon. Guido joined us for the best croissants I've EVER had and coffee, and we let Jake play in the sea a little more. After a clean up, we drove to nearby Noto and spent the rest of the afternoon lost among the quiet picturesque streets... 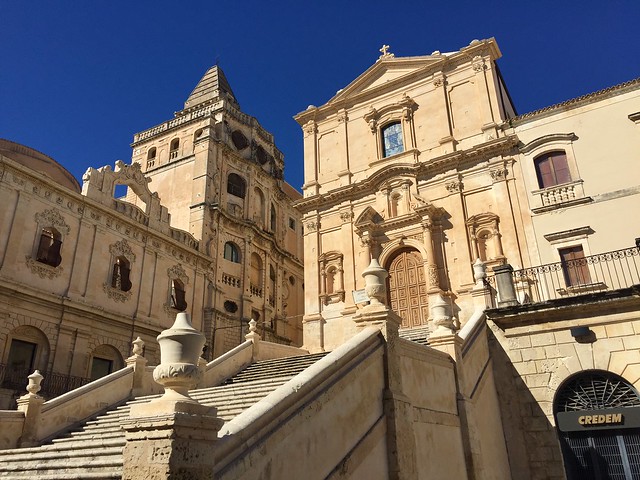 Noto is also city and comune in the Province of Syracuse, Sicily, Italy. Beautiful architecture and a multitude of churches make Noto a baroque supermodel. We shared a lunch of arancini's and gelato before exploring... 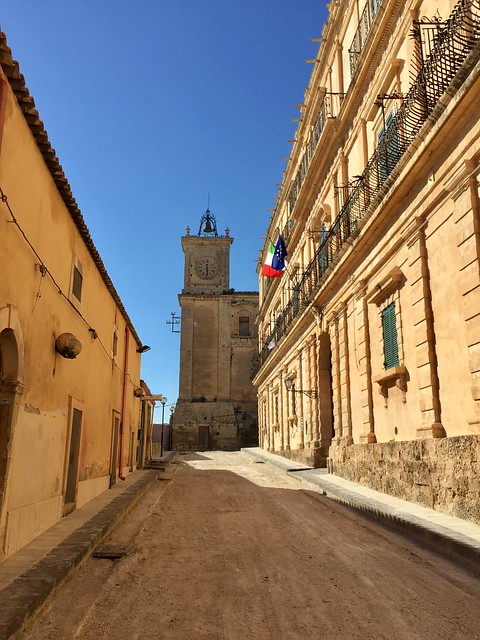 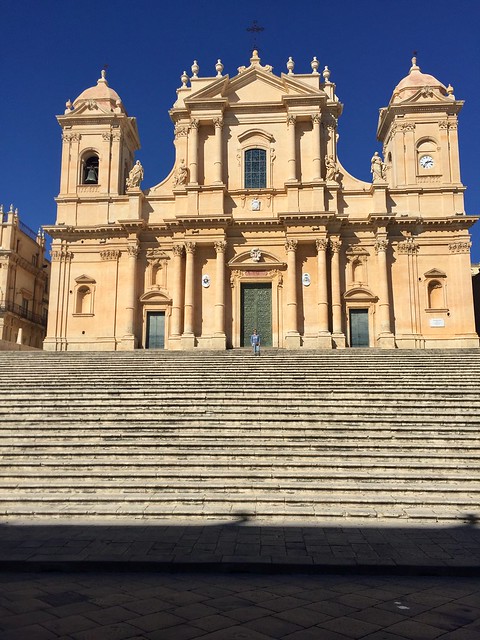 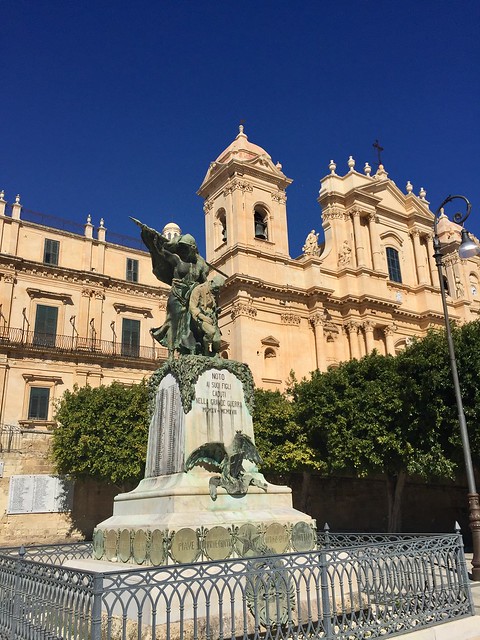 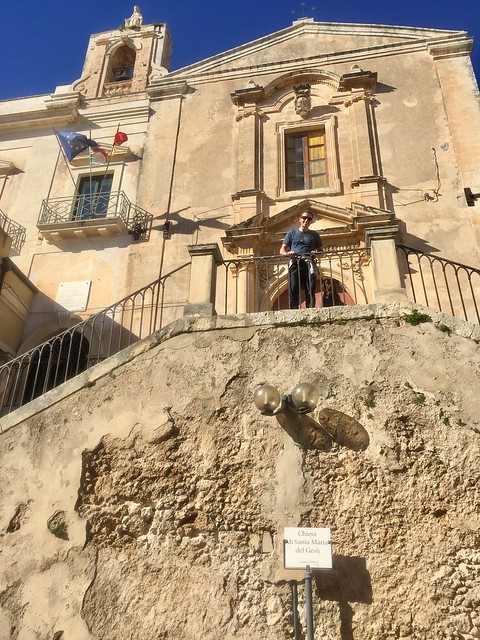 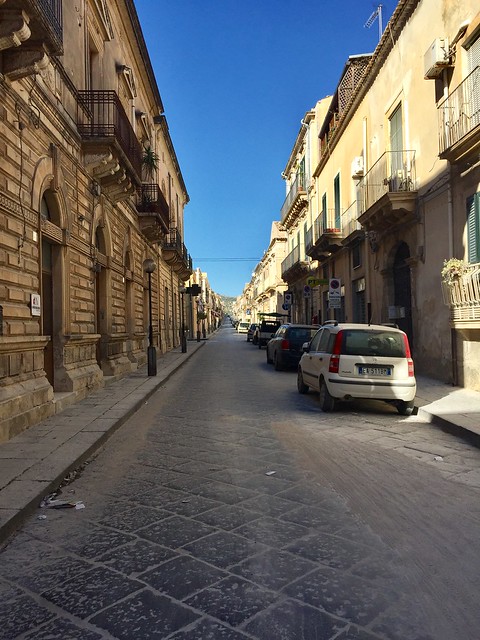 Another beautiful weekend with my boys finding new places to fall in love with in Sicily, Italy.
Special thank you to Emilio & Maria, and Guido!! We will DEFINITELY be returning to Marzamemi (in fact, we have a sprint triathlon there in April. YES!!!!) ~ we can't wait!!
Courage. Confidence. Determination.
If You Never Tri, You'll Never Know!