How crazy is she? Well... Are we talking weekly, daily, or hourly? Because it changes that often.
And maybe crazy isn't the right word.
More like, empty. 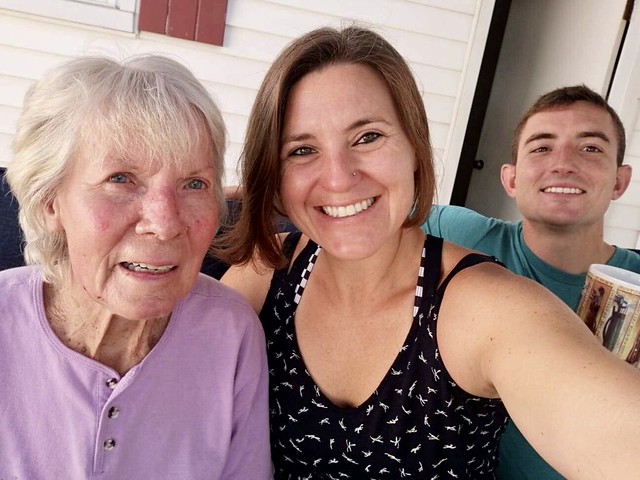 A few years ago, grandma was diagnosed with Parkinson's Disease. We've watched her (rather quickly) deteriorate. She stopped eating and she lost a lot of weight. Her muscles are weak making daily activity, even sitting and standing difficult. Dementia began setting in and sometimes she even sees children or animals that aren't there. Her speech is broken, confusing, and mostly nonsense. She often forgets people, names, things, and sometimes even herself. It's very hard to watch a woman with such high standards for herself babble, drool, and wet herself. But then sometimes, she is herself - witty, sarcastic, or silly - full of life! Talk about an adventure!


Keeping her engaged (or distracted) is very important. She loves coloring, playing ball, dancing, and eating ice cream. If she sounds like your standard 3-4 year old, she basically is! For a woman who used to spend her days golfing, bowling and evenings square dancing though, these simple activities are all she has the strength for. She also loves sitting out back on her lounge swing in the sun (although, we keep it in the shade because truly, she would lay in the sun to death).

I've recently found that assigning her "homework" and/or housework puts her mind and body to work which is ideal for movement and stimulation. Seriously, we can hand her a broom and she'll sweep for hours! Anyone need their house cleaned!? It's funny, sometimes she reverts to her working years and she becomes a busy secretary. She puts her glasses on and she goes back and forth around the house writing notes and delivering papers. Ha!!

In all seriousness though, recently, she's been upgraded errr....downgraded?? to Lewy Bodies. It's basically a more aggressive form of Parkinson's. Her body is preparing for shutdown and we're talking palliative care. It's easy to question the nursing home route but it's also ridiculously expensive. Mom actually priced one facility at $7,500 a month. A MONTH! And anyway, grandma did not *DOES NOT* want to be in any home except her own. So we will continue to do what we can. And isn't that what I'm here for!? ...

Caring for grandma, I have found an unexpected reservoir of patience. Moving from one room to another, eating, listening, understanding - it all takes time. The woman never sits still, never rests. She's always wandering and getting into something - like a child! There's a struggle between allowing her independence and holding her hand 24 hours a day!

She's only yelled at me once when I wouldn't let her yank at a door. People tell us that it's common for dementia patients to express anger. So far, anger spells are few and far between. She's mostly very childlike and sweet. She loves having her hair washed, dried, and brushed. She loves when I do her nails and put lotion on her face. Grandma was always rather pretentious. She never left the house without her hair done and lipstick on. She was a very fabulous lady - tanned, fit, and dressed to the T. Unable to be that woman and do those things, she feels pampered and special when we are able to do them for her.

Everyday is different. We never know which parts of Billie will be on or off throughout the day.
If you can imagine all your documents, images, spreadsheets, music, and data from your computer organized in neat folders and then TOSSED in the air, scattered about on the floor, then you can imagine the inside of grandma's brain. Finding the exact item you're looking for in that mess is timely and difficult - just as it is for grandma to recall the exact piece of information she needs in that moment. A simple brain to body command like "walk", "eat", "swallow" is lost under a pile of this, that, and everything.

I guess the best/worst part of all of it - she doesn't even know.
“Alzheimer’s is the cleverest thief, because she not only steals from you, but she steals the very thing you need to remember what’s been stolen.” 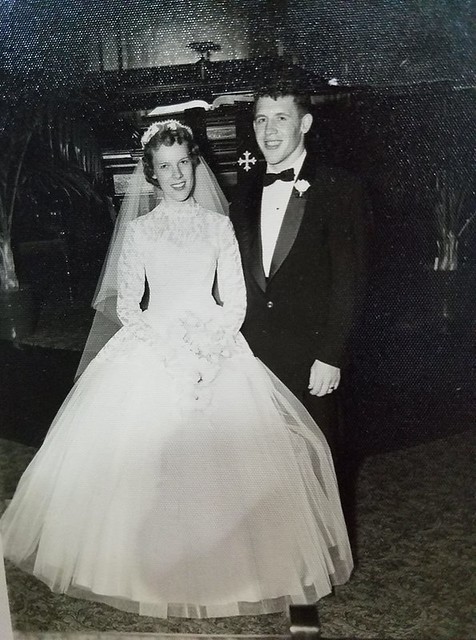