We have a love story!


I wrote our love story into a blog post a few months ago but was never sure how, where, what to do with it. It finally struck me, I turned it into a book and I just gifted it to Luca for his birthday yesterday. He LOVES it, I LOVE it, and I'm very excited to share our LOVE story. 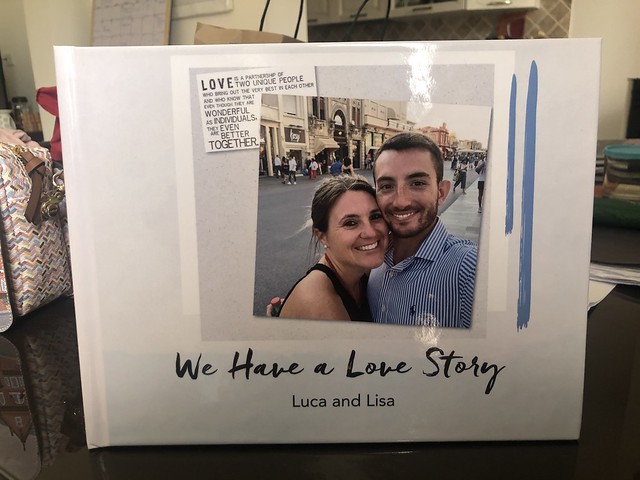 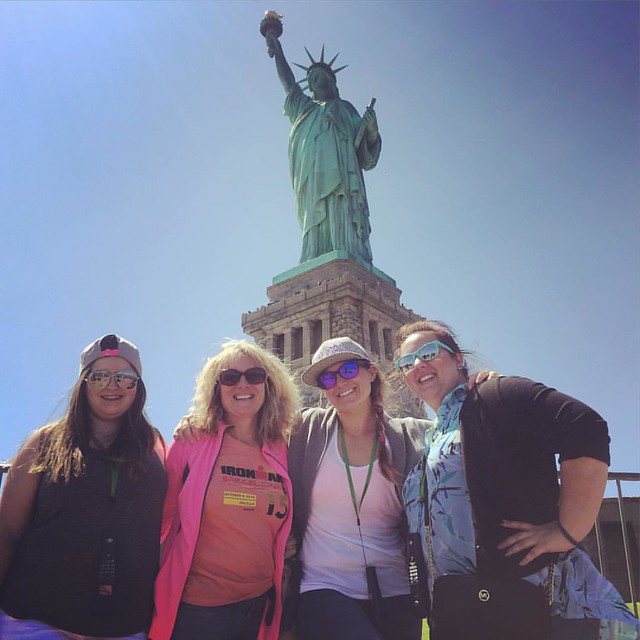 Do you remember that one time in May when I went to New York City with my mom, stepsister, and niece?

Not only did we have an amazing time, but I met the man I never knew I needed...

Mom and I have a tendency to bike where ever we go. Ready to tour Central Park we found a sight seeing tour that fit our itinerary and needs. The tour guide noticed my Ironman tattoo and chatted me up. Ironically, I had just finished Ironman Brazil so I was excited to share.

Overheard and approached by another Central Park bike tour explorer, "Did I just'a hearrrr you say you did'a an Ironman?" And he wants to know all about it sharing that he has an interest in triathlon as well. He had a great accent - hello rolling R's! and because cultures interest me, I was happy to converse with him!

Little did I notice, but according to Brittany and Alyssa, "holy shit Lisa he is HOT!"
I think with an Ironman fresh on my body, the excitement of being in New York with my girls, and the summer that remained ahead of me, I just wasn't interested. Nor did I notice his... ahem...interest in me.

Visiting New York from Italy with his mom and dad, Luca invites my family to have lunch with his family after the bike tour. We opted for a little Indian place next door. We learn that Luca is actually living in Pensacola as an Italian Navy Pilot for training. He's been here almost a year and a half with about 9 months left. No way!? I'm right down the road from Pensacola so I insist that because our Indian restaurant doesn't have wine for our lunch we will meet for a glass in Florida. HOWEVER, I have plans to be gone all summer so it will have to wait until August (we're still in May)!
We friend one another on Facebook and say goodbye to our new Italian friends.

Our summers go on without one another. We touch base once or twice, still keen on grabbing that glass of wine and chatting triathlon. I returned to the coast late August and decided I deserved that glass of wine or a summer cocktail on the beach. I messaged Luca and so began our unmatchable schedules. Every weekend we tried to get together but first he was busy, then I was busy, then he was busy, then I was out of town again, then he was out of town... But alas (I'm using "alas" because this is a love story and it totally works, right!? :D), our schedules clear... the weekend of September 15th we found ourselves in Navarre Beach, Florida. TOGETHER! 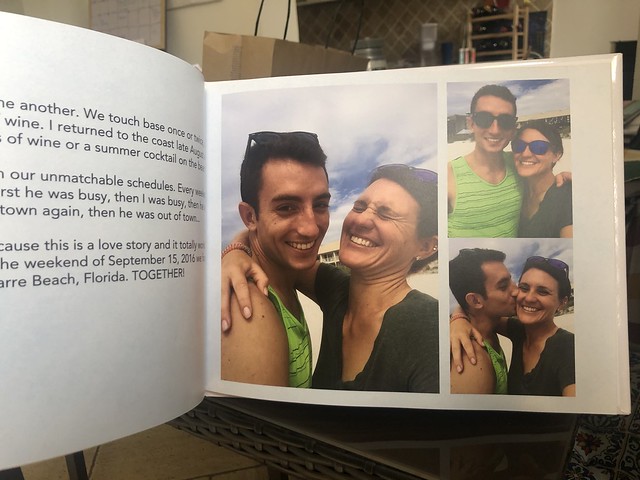 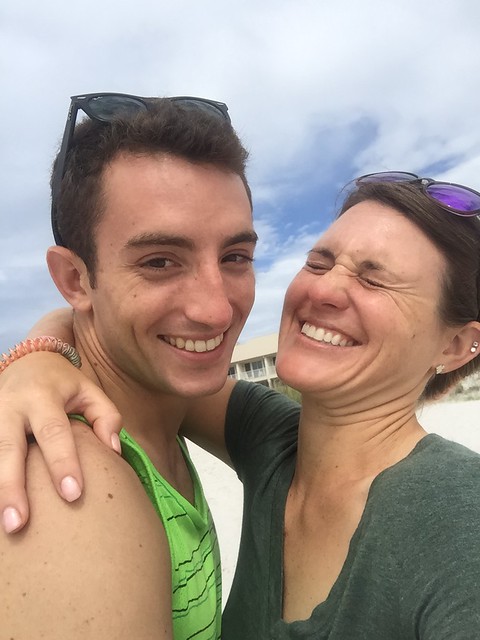 Guys, he opened the door and my clothes fell off. I can't say it was love at first sight because it wasn't our first sight! But the girls were right, HOLY SHIT LISA HE IS HOT! Standing before me was this gorgeous man in his pilot uniform, the biggest smile ever, and so excited to see me.
He literally swept me off my feet.

We dove into our weekend of getting to know each other, playing with Jake, cooking, jamming to music, romantic walking and kissing on the beach, sunset cocktails in Pensacola, and an undeniable connection.
I can honestly say though, I wasn't expecting this to last past the weekend (don't judge!). I wasn't upset or worried because it was truly a magical weekend getaway!

At the weekends end I surprisingly found myself wanting to see him again. He obviously felt the same so that weekend we planned for the next weekend. And then the next and the next. This went on for weeks. In between our busy schedules and travels we spent all the days together. And when we couldn't, we would text and message each other endlessly. He was sweet and genuine and it was easy. It was easy to adore him, to trust him, to want him. 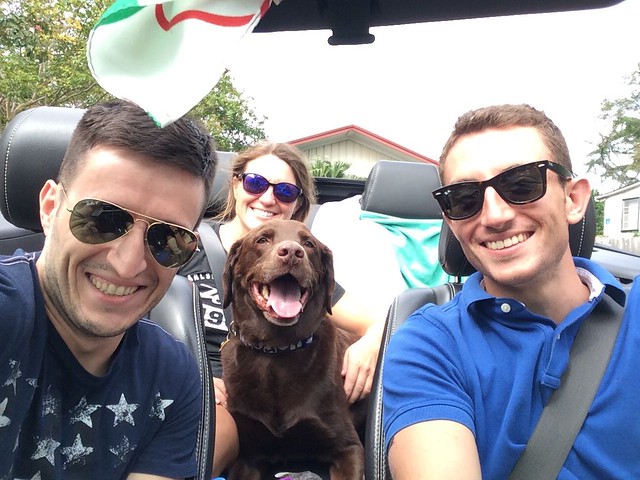 We quickly became the "it" couple, hanging out with friends, adventuring to new places, sharing recipes, kisses, training schedules, weekends on the beach, to the mountains, driving the west coast, secrets, laughs, love, LIFE together. Can this story get any dreamier?! Or is it doomed with 5,000 miles of ocean between our homelands? 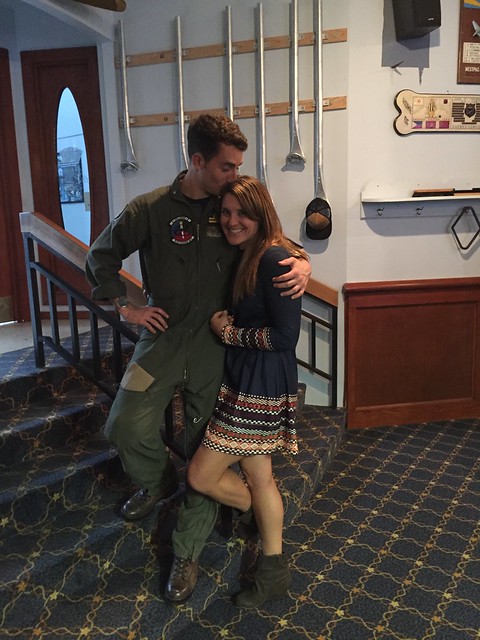 I think we both realized early on that Luca returning to Italy in January/February wasn't going to mean the end of us. I made it perfectly clear that my life was mobile and he made it perfectly clear that he wanted me with him. We chatted on and off about me moving to Italy but I'm not quite sure either of us knew how serious the other was. I'm not even sure the moment that we both said YES, this is happening! But we did. And suddenly we were swept up with packing and scheduling, organizing, planning, apartment hunting, family visits, excitement, fear, and tying up loose ends.
I was preparing a transition from an American life to Italy. WOW!

Luca returned to Italy a few weeks before me. It was important that he arrive first, get his military life in order and prepare for our arrival. Bebopping around solo is tough enough, he didn't need me AND Jake bebopping behind him. SO, he made living arrangements, phone, transportation, and even set up an Italian language class for me. I felt like the luckiest girl in the world. Is there a Disney Princess that falls in love and ends up in a whole new world? Oh yea, I think every single one of them!

Transitioning to Italy was difficult. I mean tears, depression, "I want to go home" difficult! But that's for another chapter... this one is about LOVE. And love indeed!! For the last two years (because that's how long it's been now that I've been living with Luca in Italy), Luca has made sure Jake and I are happy. Safe. Stable. Comfortable. Healthy. And loved. 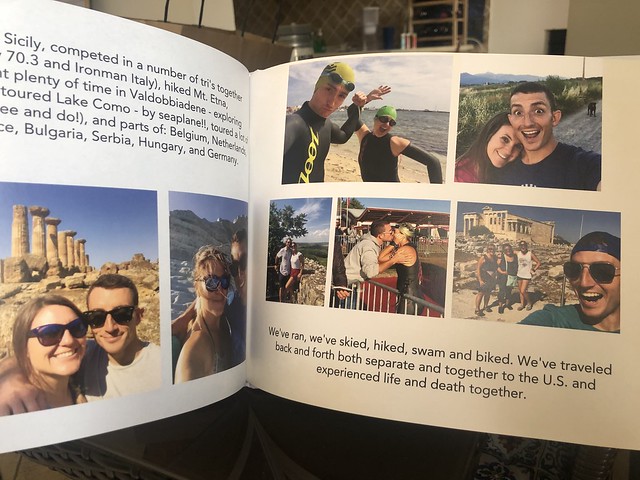 We have circled most of Sicily, competed in a number of tri's together (to include Norway 70.3 and Ironman Italy), hiked Mt. Etna, moved to Tuscany, spent plenty of time in Valdobbiadene - exploring much of the Veneto region, toured Lake Como - by seaplane!!, toured a lot of Italy (with plenty more to see and do!), and parts of: Belgium, Netherlands, London, France, Greece, Bulgaria, Serbia, Hungary, and Germany.

We've ran, we've skied, hiked, swam and biked. We've traveled back and forth both separate and together to the U.S. and experienced life and death together. Parties, families, missions, anxiety, excitement, celebrations, graduations, triathlon training, meltdowns, doctor visits, vets... all the highs and all the lows. Together. So Happy Together <--- singing it (and yes he sang it out loud when he read it, AHAHAHAHAHA! My guy).

We weather the storm together and bask in the sunshine when it passes. Like the rainbow, that the sunshine creates through the storm, Luca fills my life with color and glory - he is my dispersion of light and reminder that life is a gift, meant to be shared. 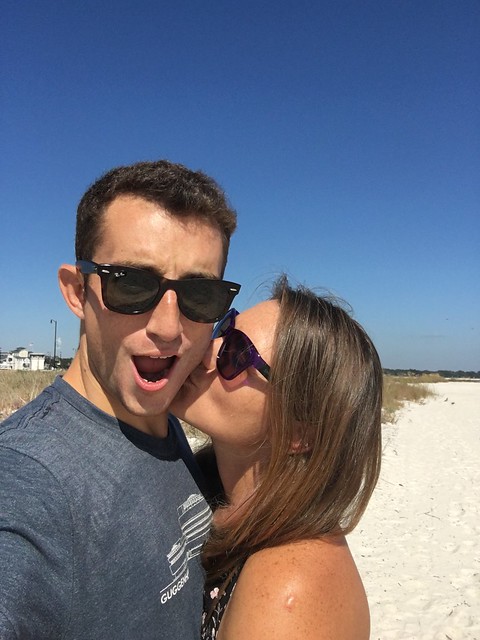 So there you have it!! I met my guy in New York City while both of our families were adventuring and touring Central Park. Coincidentally he lived 2 hours from me and we were able to connect months later, fall in love, and ultimately move our lives to Italy.
Everyday I love this man twice as much as I did yesterday. Everyday I feel like the luckiest girl on earth. And everyday, I send a silent thank you to New York City, central park, and our shared love for adventuring by bike. 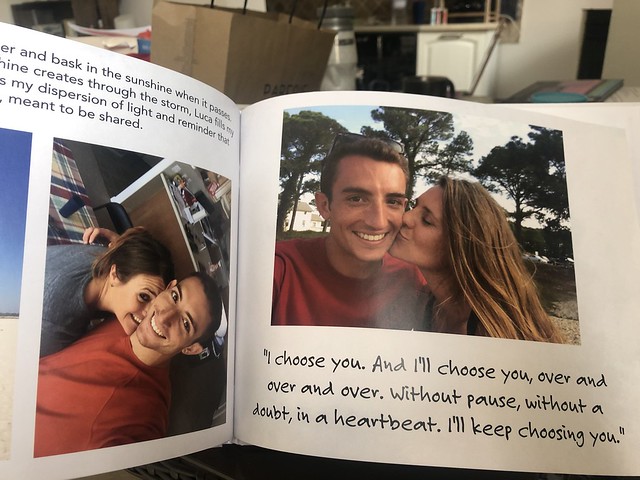