What are you doing woman!?

Okay, my ass has been sat on long enough!! It's been an official week since my last Ironman. A week and a day and I'm committed to move it move it!!

While most would probably sit it out for another week or two or lifetime, today I'm starting CrossFit with Ryan at CrossFit 228. I won't be partaking in the traditional CrossFit with an intent to get huge and compete (okay maybe that's not so traditional nor anyone's goals ~ but that's what I think of when I think of CrossFit!!)...

My goals are to lean out and tone up, get strong, and obviously, mix up my routine a bit. CrossFit 228 is going to establish a program that fits my triathlon lifestyle while building my strength with high intensity functional movements. I'm really hoping to increase my core strength and of course, pull off a few of these sticky pounds.

From the sound of it, I'll spend the first few weeks learning proper technique and getting comfortable in the gym (AKA the box). I'm really excited with the personal attention you get from the Coaches at the box (most CrossFit boxes are similar!); they really are dedicated to your success. I'm going to be CrossFitting <--- is that how I say it?? twice a week ~ Tuesday's and Thursday's. I will continue to swim and bike and run ~ Oh My!!

Here's my FEAR... that I'm going to suck *face palm*
I think I've always been eh about CrossFit because it looks hard, I don't want to get huge, and the place is so intimidating!! Even though none of those are true, my perception is my reality. But mostly, I'm just afraid to suck!! I'm finally good at something and I'm afraid to suck at something new!!!!

An 11 x Ironman finisher (I love the way that sounds) and my biggest weaknesses are going to be dumped on the gym mats for everyone to see. I know this is going to challenge the heck out of me and it's so scary; I feel so vulnerable!! BUT!, Feel the fear and do it anyway. That's my philosophy and I'm sticking to it! If it doesn't work out, so be it, at least I took the leap!!

As if this isn't all scary enough, I'm also giving up sugar. SIGH... 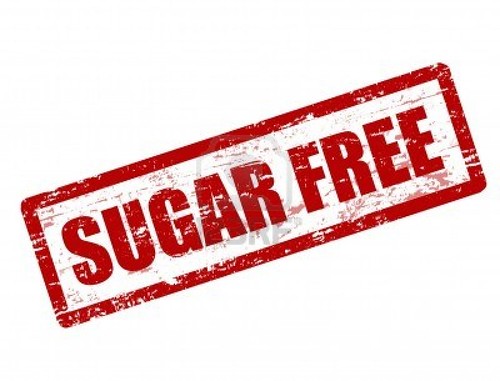 I've been in denial about a yeast allergy for about a year now. The first "symptom" came shortly after one of my Ironman. My throat swelled, grew spikes, and was determined to kill me. Even a drop of water going down felt like death. I thought for sure I was being taken down by strep throat. (if you recall, or have been following me since then, in 2012 I nearly died from rheumatic fever so strep throat isn't just strep throat for me, it's RUSH me to the doc immediately and pray that it doesn't beat me to my heart; it could kill me). Well, it turns out, I had thrush ~ which is basically a yeast infection in your throat. I know, that sounds so disgusting.

I have all sorts of enemies at bat... I have to get an antibiotic shot monthly to decrease my chance of getting strep throat (because remember, it can kill me) which can encourage yeast overgrowth. Perhaps because of all that or maybe I always have been (because my mom is actually also), I have developed an allergy to yeast (which comes with other fun symptoms too). But mostly, it appears in my throat as the grim reaper. With spikes, and nails, and shards of broken glass. It could buildup in much more unfriendly places, so at least it chooses my throat for comfort and not my... honey pot.

So, I'm an athlete too and guess what our bodies use the most to perform? If you said SUGAR you guessed correct. So especially after an Ironman when my immune system is low anyway and my body is screaming FEED ME SUGAR, I tend to get overgrowth (yeast feeds on sugar) and my throat grows spikes and tries to kill me. Mom quickly reminds me, "you know, when I was around your age, I gave up sugar for 7 years." Shhh, that's not nice mom! But it has to happen.

I figure now is the time to do it since Ironman training is coming to a slow for off season. Maybe in the meantime I can figure out what else might work for my body to perform, like the fat burning/ketosis thing...

Anyway, I feel like I've combined two great discussions into one. I'm going to keep you posted on both and share my journey through CrossFit and saying farewell to sugar. Wish me luck and sanity on the battlefield (and in the box!).
Courage. Confidence. Determination.
If You Never Tri, You'll Never Know!