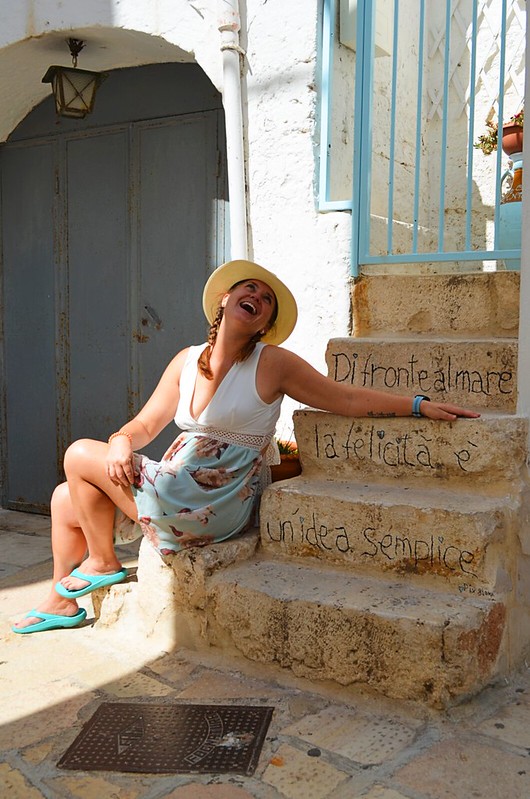 A gem on the coast of the Valle d'Itria - Polignano a Mare. Polignano sits atop a 20 meter high limestone cliff overlooking the Adriatic sea. The origins of this enchanting town date back to the 4th century BC when Greek settlers founded the city of Neapolis. It flourished under the Romans and was important enough for Emperor Trajan to direct his Via Traiana, built between 108-110 AD, through the town. Remains of this road include the bridge at Lama Monachile (pictured).
Besides its beautiful coastline and old town charm, Polignano is most famous for three things: cliff diving (which includes the Red Bull diving competition in 2010), gelato, and Domenico Modugno (pictured), a famous Italian singer (including the international hit, Volare (originally titled Nel Blu Dipinto di Blu).
A day trip to Polignano a Mare is the one of the most authentic Italian experiences you could ever dream of.
Please find my photos here.
Courage. Confidence. Determination.
If You Never Tri, You'll Never Know!