Losing a Baby in the Second Trimester 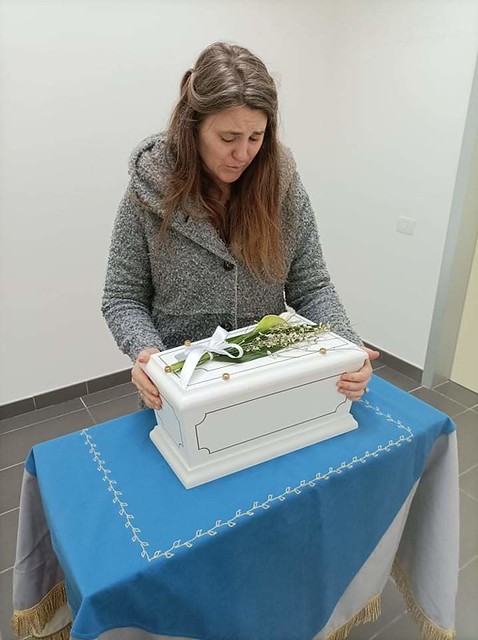 I'm back in Italy, Luca and I reunited. I have finally started crawling out of my deep, dark pit. There are still moments of sadness, anger, and frustration... I imagine me physically climbing out of this hole but every now and then I lose my grip or grab unstable ground and slip down. I'm strong enough to catch myself though and determined enough to keep climbing. I don't see light at the top, but I see opportunity. I see a new life with two people who have so much love to share.
I think the universe will guide us in the right direction.
We also got the medical report back. Nothing is 100% fact or certain but based on the evidence, our loss was due to a partial placental abruption. This means the placenta partially separated from the inner wall of the uterus depriving the baby of oxygen and nutrients. Like most things that have been discovered in my life, we're lucky we discovered it when we did as this can be very dangerous for the woman.
It's most common in the last trimester of pregnancy and it often happens suddenly. There's nothing I did wrong and there's nothing I could have done to prevent it. It just happens. Unfortunately, the likeliness of it happening again, and again, and again is also highly likely. That hurts.
I didn't know if I was going to share all of this or not but something told me today, post it.
This is our reality. And maybe through the stages of grief, I've reached acceptance...
Sometimes reality comes crashing down on you. Other times reality simply waits, patiently, for you to run out of the energy it takes to deny it.
Courage. Confidence. Determination.
If You Never Tri, You'll Never Know!