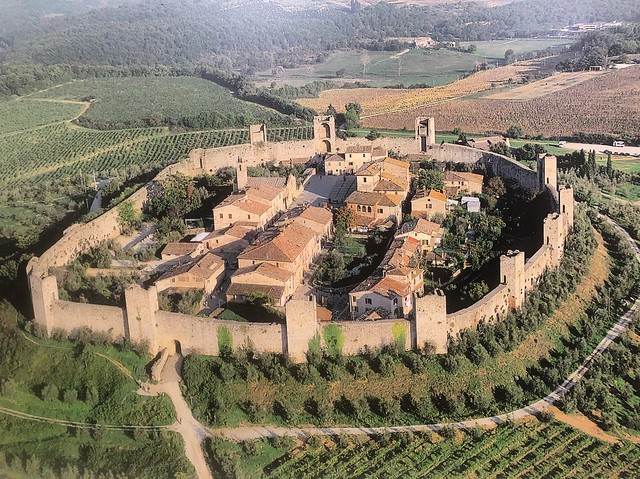 A hidden gem deep in Tuscany, Monteriggioni is a medieval town that might win your heart forever! Near and dear to Siena, Monteriggioni is one of the most important castles in the territory. It's perfectly circular walled perimeter has stayed intact, atop a hill, elegantly dominating the surrounding Chianti vineyards. 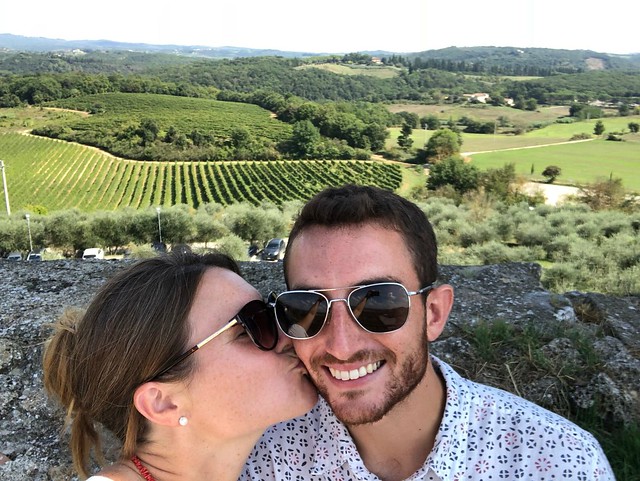 The castle was built by the Sienese between 1213 and 1219 as a front line in their wars against Florence. With 14 towers, guards would patrol the 20 meter high walls assuming command of Via Cassia while controlling the cities of the Val d'Elsa and Staggia, always on the lookout for any intruders approaching Siena. Two gates seal the structure, the Porta Fiorentina opens toward Florence to the north, and the other, the Porta Romana, faces Rome to the south. 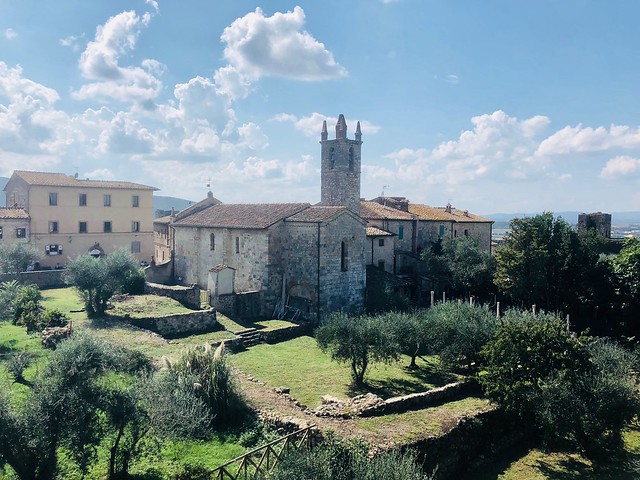 The area is only 38.50 sq mi. But with nearly 10,000 inhabitants, and plenty of daily tourists, the modern village features plenty of restaurants, shops, and annual events. The main piazza, Piazza Roma, is the home of Church of Santa Maria Assunta and don't miss the "Monteriggioni in Arme" Museum. The museum houses interactive reproductions of medieval and Renaissance weapons and armour so as you can imagine, Luca and I had a little bit of silly fun...

Finally, you might recognize Monteriggioni in the infamous video game, Assassin's Creed II and Assassin's Creed: Brotherhood, both of which are loosely based around certain key historical events in Renaissance Italy. It is home to protagonist Ezio Auditore, and his uncle Mario, who lives in the fictional Villa Auditore.  Or by the Tuscan poet, Dante Alighieri who writes:

As with circling round
Of turrets, Monteriggioni crowns his walls;
E’en thus the shore, encompassing the abyss,
Was turreted with giants, half their length
Uprearing, horrible, whom Jove from heaven
Yet threatens, when his muttering thunder rolls. 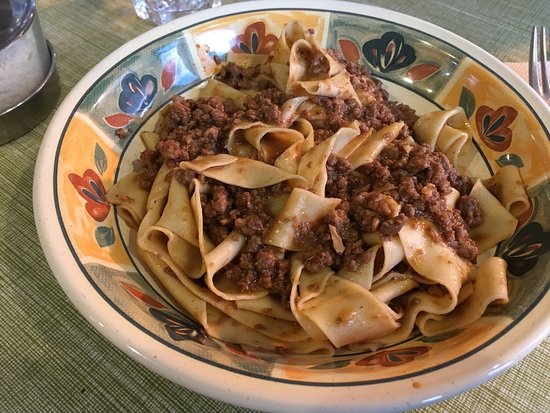 Have lunch at Antico Travaglio; you will NOT be disappointed! I highly recommend the ragu.
And for real, buy some chianti!

Monteriggioni is a true gem of Tuscany, not to be missed if you're traveling through!
Courage. Confidence. Determination.
If You Never Tri, You'll Never Know!