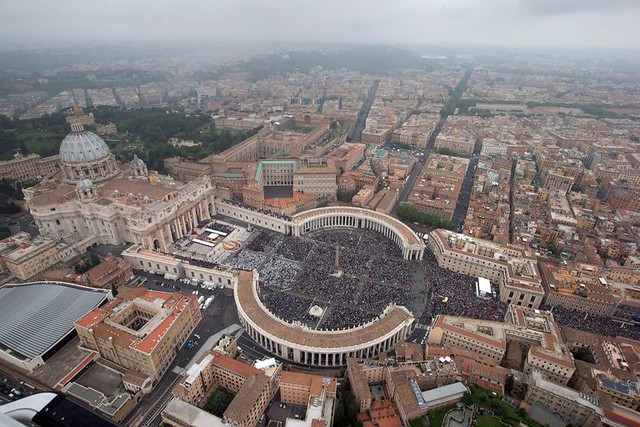 In December of 1998 I wandered into The Vatican mostly unaware of where exactly I was and the importance of it. On that day, Pope John Paul II was in the square w/guests for a special event. To this day, I have no idea what/why and can't find any details surrounding it. At the time, I appeared on their front page giornale though...

As I remember it, the nosey 18 year old tourist that I was, I was trying to peak over the mass of people to figure out what was happening. There were so many police and people everywhere! Suddenly, the crowd splits down the middle right where I'm standing and I'm face to face with a man in a white dress, red cape, funky hat and guards holding the crowd back. He walks right up to me, puts his hand on my shoulder, spits off too many words that I didn't understand, kisses my head, and walks away. Just like that? Just. Like. That. People are dropping at my feet, rushing to me. And I'm standing there wide eyed, confused, and say, 'What the Hell just happened!?"
A woman at my feet looks up at me and exclaims, "You have been blessed by the Pope my dear!"

No shit!? I mean... errr, WOW, amazing!
20 minutes later I'm robbed by gypsies on the bus.
^ that's the story of my life people, you can't make this stuff up! 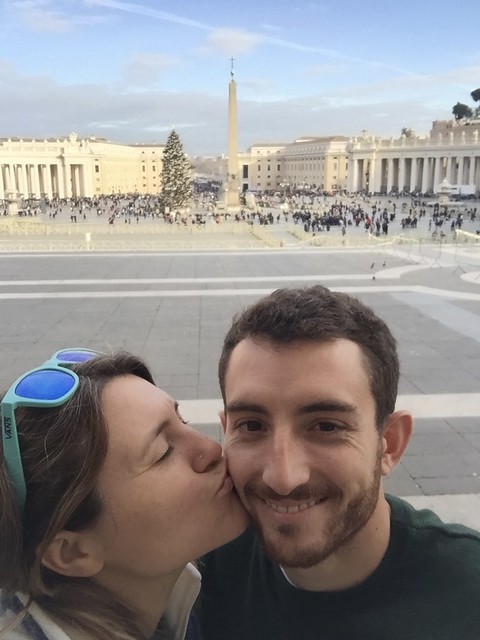 Nearly 20 years later I'm standing in the same square mesmerized by the same enormity and spetacularness of The Vatican with the man I love the most on earth. 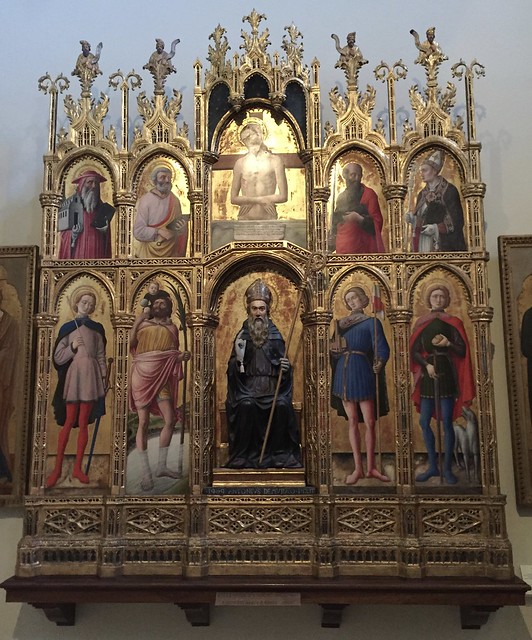 The Vatican City is its own country, the smallest in the world! It is home to the Pope, headquarters of the Roman Catholic Church, and a trove of iconic art, literature, and history. It is 110 acres with a population of about 1,000. A few cool details:
~ the Vatican mints its own euros, prints its own stamps, issues passports and license plates, operated media outlets, and has its own flag and anthem.
~ no taxation. Museum admission fees, stamp and souvenir sales, and contributions generate the Vatican's revenue 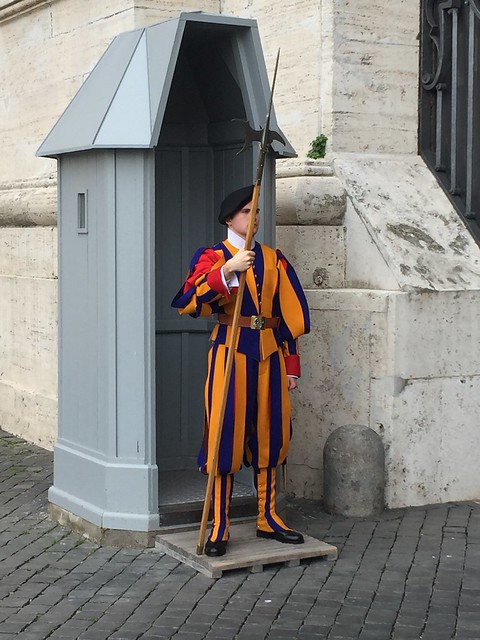 ~ the Swiss Guard (100% Swiss citizens) was hired as a mercenary force since 1506. The Swiss Guard's role in Vatican City is to protect the safety of the Pope. 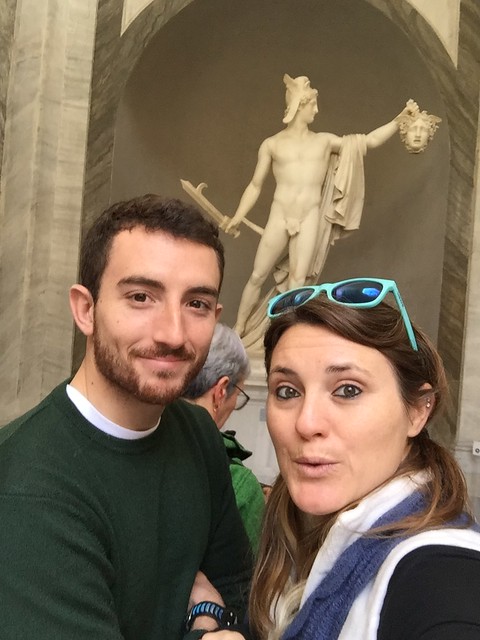 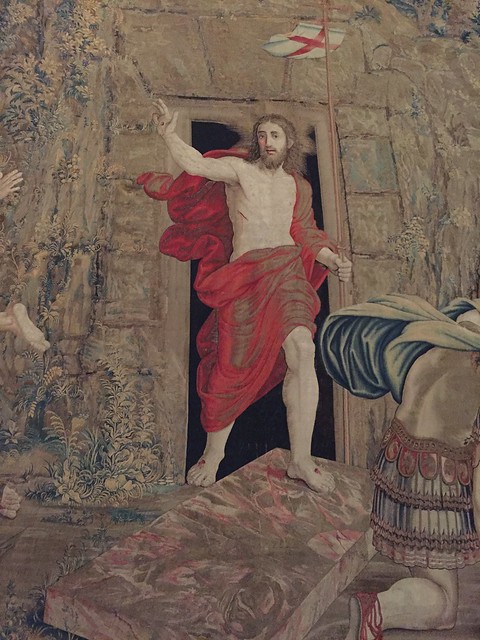 It was a time of great faith and hope. 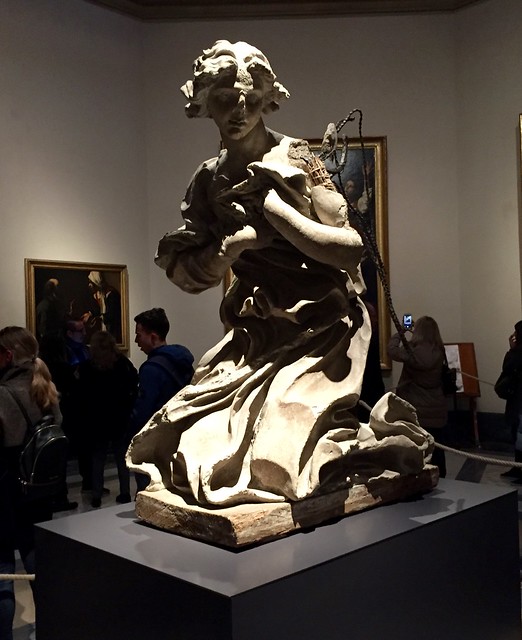 Impressive sculptures make you wonder how!? 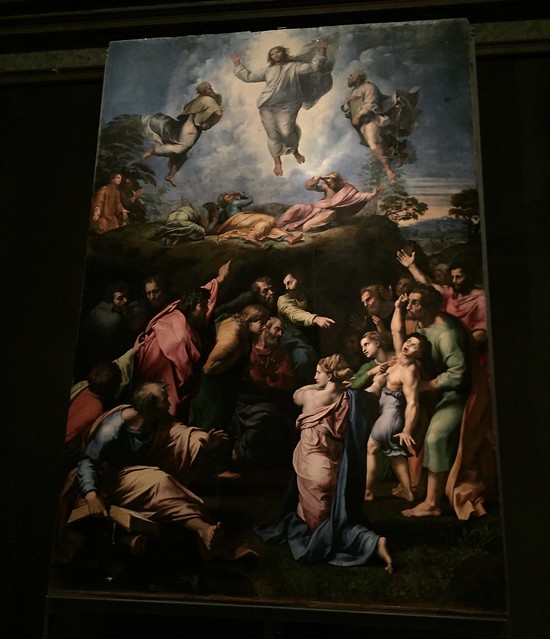 The beauty of this art takes your breath away.

The Vatican Museums house works from the immense collection amassed by Popes throughout the centuries including some of the most renowned classical sculptures and most important masterpieces of Renaissance art in the world. Room after room, HALLS of jaw-dropping art you can't help but wonder if at night, when all the tourist have gone, if the Pope walks the same halls to admire his inherited collection. 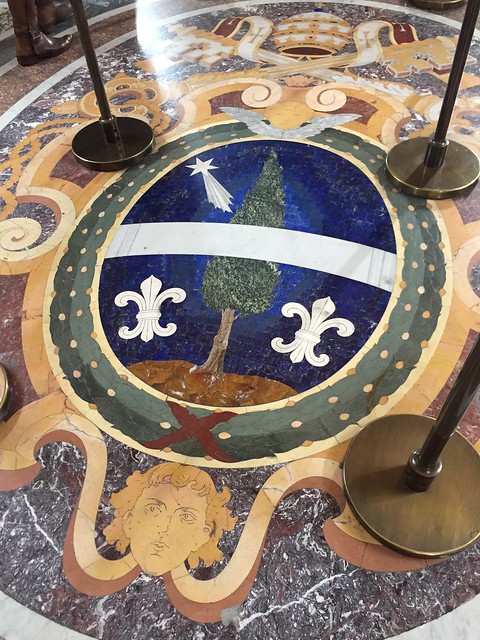 Even the floors are dazzled with great historic art!

The Vatican Museums include: Gregoriano Etruscan Museum, Gregoriano Profane Museum, Modern Religious Art Museum, Pio-Clementine Museum, Pio Cristiano Museum, (my favorite) The Gallery of Maps, Vatican Historical Museum, and the Museo Missionary Etnologico. We made a quick pass through each!
The museums finish at the Sistine Chapel, the papal conclave. The fame of the Sistine Chapel lies mainly though in the frescos that decorate the interior, and most particularly the Sistine Chapel ceiling and "The Last Judgment" by Michelangelo. (no photos allowed BTW!!). 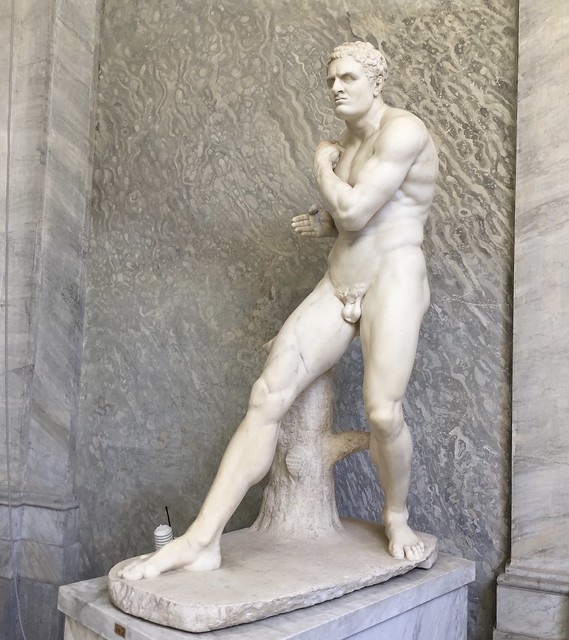 Exit the Sistine Chapel (to the right!! Signs will say for groups, but trust me, exit there!!) and go directly to the St. Peter's Basilica (I posted about it here. There's a video too!). Exit the Basilica into St. Peter's Square. The open space was redesigned by Gian Lorenzo Bernini from 1656 to 1667, under the direction of Pope Alexander VII. It was designed "so that the greatest number of people could see the Pope give his blessing, either from the middle of the façade of the church or from a window in the Vatican Palace". Pretty cool, right?

20 years ago I was Blessed by the Pope. Today, I am Blessed with LOVE!
Courage. Confidence. Determination.
If You Never Tri, You'll Never Know!