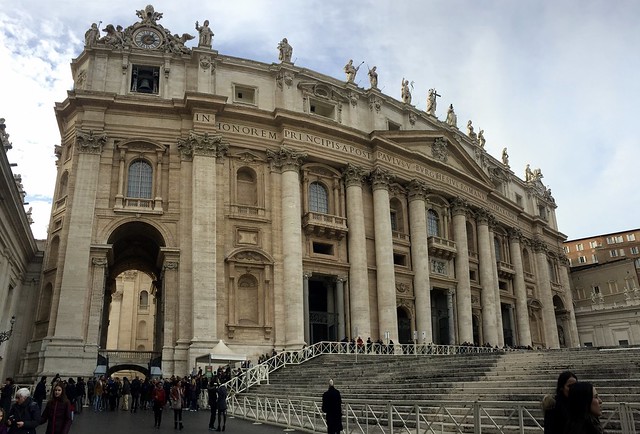 The church of all churches ~ Basilica di San Pietro ~ Italy's largest, richest, and most spectacular basilica. 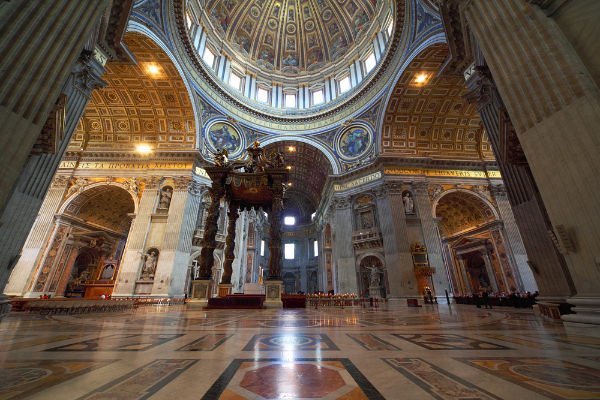 Lavish would be an understatement as it houses 3 of the most famous masterpieces of time: Michelangelo’s Pietà, his soaring dome, and Bernini’s 29 meter high baldachin over the papal altar. 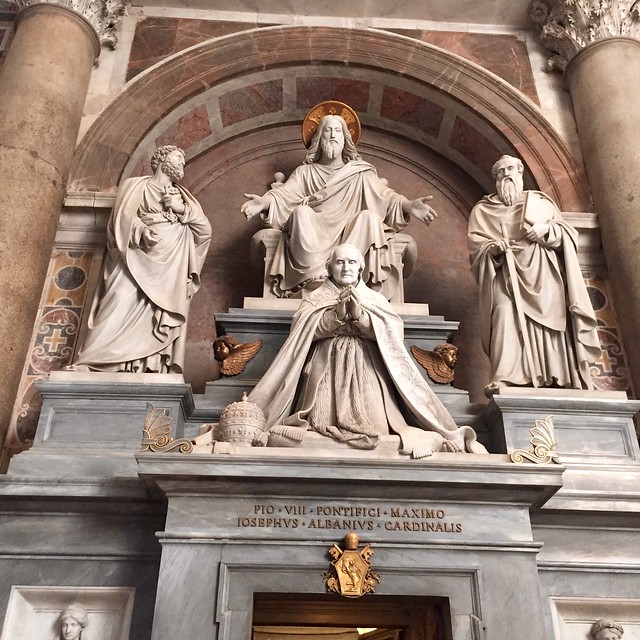 The basilica is actually built over a 4th century church. The original church was commissioned by the emperor Constantine and built around 349 on the site where Saint Peter is said to have been buried between AD 64 and 67. Pope Nicholas V and then Julius II kicked off restoration. Construction began in 1506 (512 years ago!!!) with a design by Bramante. 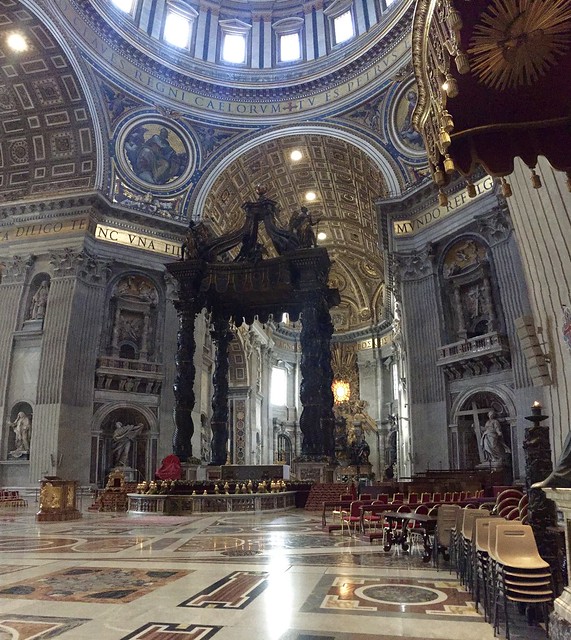 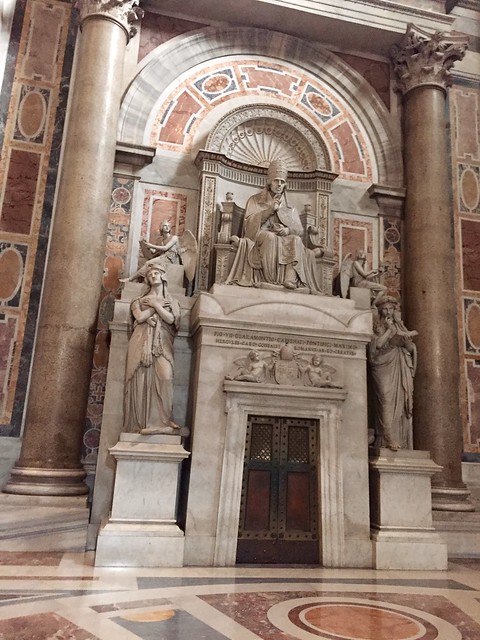 After Bramante's death (1514) and other efforts to finish construction, Michelangelo took over in 1547 at the age of 72. Michelangelo simplified the original plans and drew up designs for what has become his greatest architectural achievement, the dome. Unfortunately, he didn't live to see it built.
Giacomo della Porta and Domenico Fontana finished it in 1590. 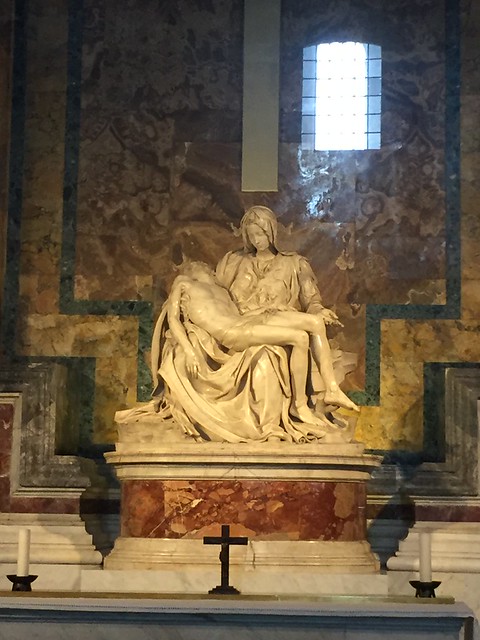 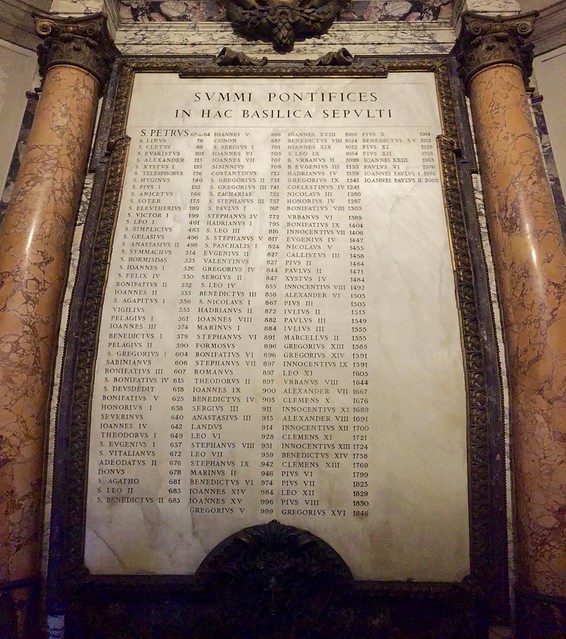 Other contributions included Carlo Maderno (facade), Bernini and his famous baldachin, Arnolfo di Cambio (bronze statue), Donatello (tabernacle), and the 6th-century Crux Vaticana, a jewel-studded cross that was a gift of the emperor Justinian II. 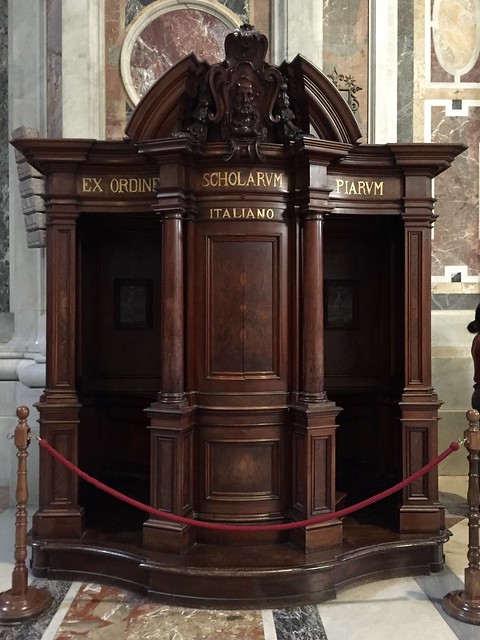 Mass, confession, reconciliation, and tours are all available at St. Peter's Basilica.