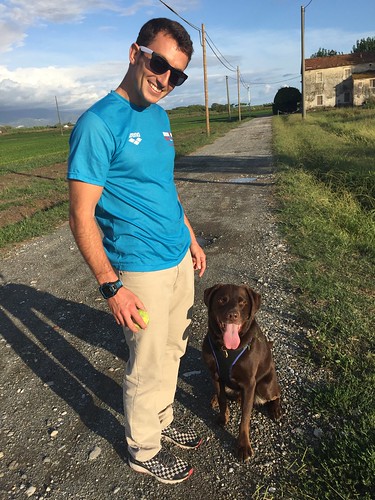 Monday Monday Monday!! September 11, 2017 - a quiet morning reflecting on the tragedy of 9/11.
I took an on purpose rest day today even though yesterday's bike ride was a bust. We are in major taper with IM Italy just 12 days away. Spent the afternoon with these two cuties *hearts*
REST DAY

Tuesday, Sept 12, 2017 - 1 hour and 20 minutes on the bike trainer and an attempt at 1600m swim at the pool... I say attempt because seriously, I have forgotten, because I've been so lucky lately, what an impossible task the swimming pools are around here. Do you remember all those times when we have shown up and it's closed for no reason? We're back to that. GRRR!! AHHH *ripping hair out*. We made very strict plans to go straight to Marina Di Carrara for an afternoon swim. When we arrived they inform us they're closed. For the next few weeks. WTF!? How you gonna close the pool as summer is still here!? The indoor one will open in October and the other one will reopen in November. But this one, our outdoor one, is closed until next year. With a storm rolling in, OW wasn't an option for today. I'll grab a swim in Lerici tomorrow. I'm glad I at least biked.
BIKE 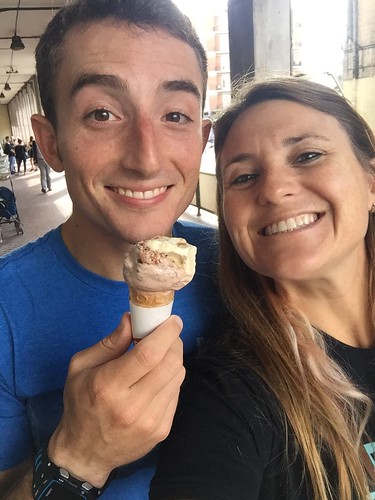 Wednesday, Sept 13, 2017 - 40min run this morning. It was so nice and cool outside too! I loved it! If I weren't in taper for IM Italy, I think I would have gone and gone and gone!! Hit 25mins of arms and abs. I'm on a mission for strength and skinny when IM Italy is complete.
An afternoon with my lovey which included just a small scoop of gelato ;) And no swim. Grr!
RUN
ST ~ arms and abs 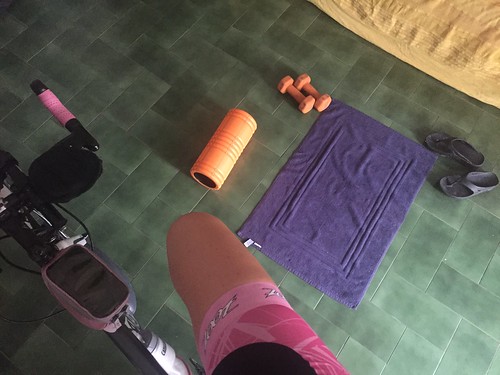 Thursday, Sept 14, 2017 - rain rain go away!! An ugly morning outside, but hot and steamy on the inside! 90minutes on the trainer binge watching Netflix. And then a ST session + rolling.
BIKE
ST ~ arms and abs + rolling 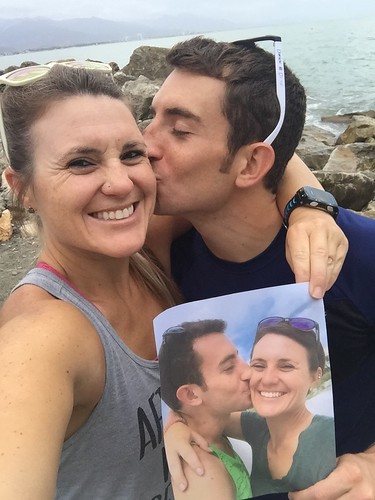 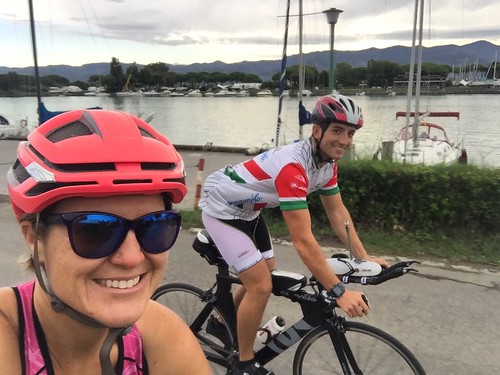 Saturday, Sept 16, 2017 - bike ride with my honey bunny.... we hit only 33 miles but about 2 hours and 45 minutes because we were climbing. We realized the feet we climbed, 2,300 is the same that IM Italy will be over 112 miles. An afternoon/evening of just doing stuff. Oh and Luca watched The Wizard of Oz for his first time!!
BIKE
ST ~ arms

Sunday, Sept 17, 2017 - what a bust!! We went to Lerici for a 30min swim but the sea was WAY TOO bad to swim in. Super windy day. Boo. So we headed out for a long run. After 25mins, my body nor mind was having it. I think the frustration of the swim/wind was enough to block my run. Home. Shower. Blanket. It's cold today!! I'm not ready for fall/winter :(
SWIM
shortened RUN

I don't feel like the week was complete shit, just mild shit. At this point though, 1 week out, we either have it or we don't. And what I've realized after 13 Ironman, I obviously have it even when I think I don't. So we are doing this beast!!