July flew by! It seems like just last week was my birthday. And that was nearly a month ago already. AND, Ironman Netherlands is upon me. I never feel ready, but in all honesty, I'm very under trained.

Training in Italy has proven to be quite difficult. I finally have the hang of things... but a few travels has me quite off. Norway 70.3 is under my feet so there's that. And in Arizona I got a strong 80 miler in on the bike. I have not hit the 100 miles :O That's pretty concerning mentally. BUT, physically, since I've been climbing pretty tough mountains, I think muscularly I'm okay. My run, Pffft!!! It's OFF. My last long run was 13.1 in Netherlands. I had planned on running 3 hours in Arizona but my goodness it was so hot. My attempt on the treadmill ended at an hour.

But listen, I am stronger than my excuses and it is better to be under trained than over trained. And/but am I really so under trained anyway? I've been going and going, training and training since Ironman Texas in 2012. This IS the longest "break" I've taken between Ironman (my last was Cozumel in November) but maybe that'll prove to be a good thing.

No matter what... Ironman Netherlands WILL GET DONE. 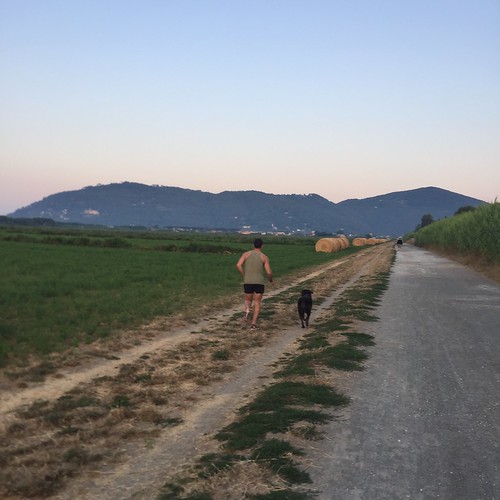 Monday, July 31, 2017 - early morning run with my guys. We love watching the sun come up over the mountains!
RUN

Tuesday, August 1, 2017 - trainer ride!! One hour. It was CRAZY hot outside and we're preparing everything for our trip. The trainer made the most sense.
BIKE