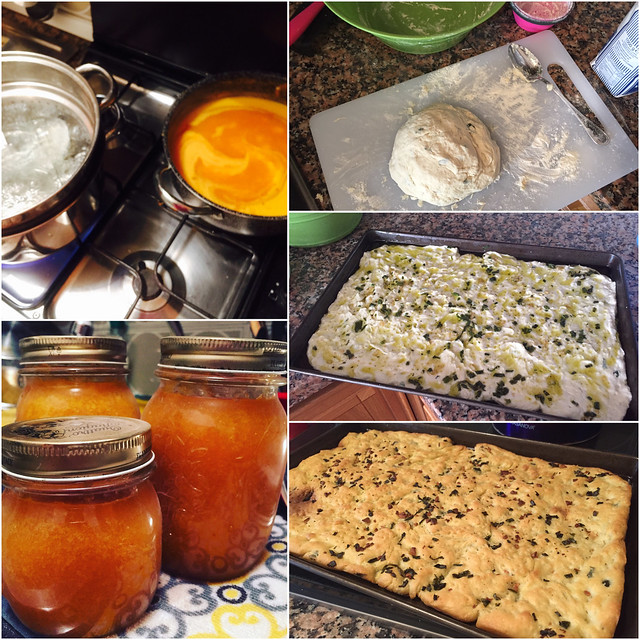 Every region of Italy has its thing (in regards to food and beverage). Sicily actually has a  number of things including cannoli's, pistachio, limoncello, pichino tomatoes, ricotta, gelato, the list kind of goes on and on. We miss the list of Sicilian deliciousness.

We are jammed between Liguria and Tuscany (see what I did there!?)...

Chianti is Tuscany's thing and beans. Pesto is a big deal in Liguria as is focaccia bread.
In case you're not familiar, focaccia is a flat, oven-baked bread often topped with olive oil (and when I say "topped" I mean saturated in).

It's so popular here that as soon as we arrived in Genoa, Luca rushed me to a Focacciaria to try focaccia al formaggio di Recco (two very thin sheets of pastry, made with flour, olive oil, salt and no yeast. A very particular cheese is then arranged and sealed between the pastry layers. The pastry is crunchy on top and the cheese is very fresh and creamy in the middle). That's a tough one to make so mostly you find the traditional focaccia. You can find it thin, thick, bubbly, flat, with or without herbs, with or without cheese or other toppings...everyone has their way.

And so I'm finding my way too and it wasn't that ^^ way *face palm*
I did all the things right or maybe not... but truth is, it was good but not great. Too thin for my liking and I overcooked it; way too crunchy. It was more like a focaccia cracker. I won't disclose my recipe until it's perfected and then I'll probably still keep it a secret and make you come visit me to try it. But for a first go at focaccia from scratch, I'm impressed with my skills. Ha ha!!

Next up was jam. Remember, we have an apricot tree (several actually) but one is within reach of our balcony. Luca loves picking those apricots, piling them in a bowl, and he was set on "someone" making apricot jam... The apricots were staring at me for a few days; I was intimidated over this whole jam/canning thing. Finally going for it, guys, this is simple!! And the jam is DELICIOUS!! I'm actually kind of excited for our fig tree and other fruit trees to bloom so I can make a variety of jams. Christmas presents!!

So here's my recipe (the base recipe I used was double all this):
About 4 cups of apricots (peeled, pitted, and crushed ~ next time I won't crush mine so much, I like chunky jam and this batch is pretty smooth) (original=8 cups)
2 tbsp lemon juice (original=1/4 cup)
3 cups of white sugar (original=6 cups)
2 and a half canning jars (original=5 (1 pint) canning jars)

I mixed the apricots and lemons in a pot, added sugar, and slowly brought the mixture to a boil, stirring often. The sugar will dissolve and the mix thickens. It foams on top too. Keep that cooking for about 25 minutes.

While that was cooking, I prepared the jars by boiling them in hot water (this sterilizes them to keep mold from growing in your jam!). When it was all ready, I ladled the jam into the jars (leave 1/4 inch of space on top and run a knife around the inside of the jars to remove any air bubbles). Wipe the rims/jars, top with lids and screw.

Next you have to fill a large pot half way with water and get it boiling, put the jars in the boiling water leaving 2 inches space between the jars. If the water isn't above the tops of the jars, you have to add more boiling water. Okay, boil all that covered for 15 minutes. Remove jars. Let them cool. Store, gift, or eat :D