With last week as a run week, this week is supposed to be swim week. If we can't get to a pool though... AHHH!! And I had to make up my long run from Sunday... 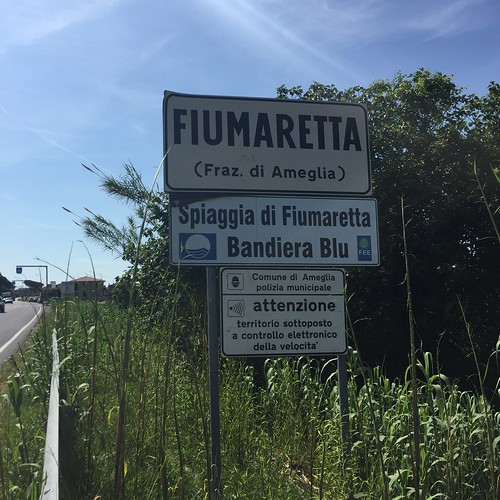 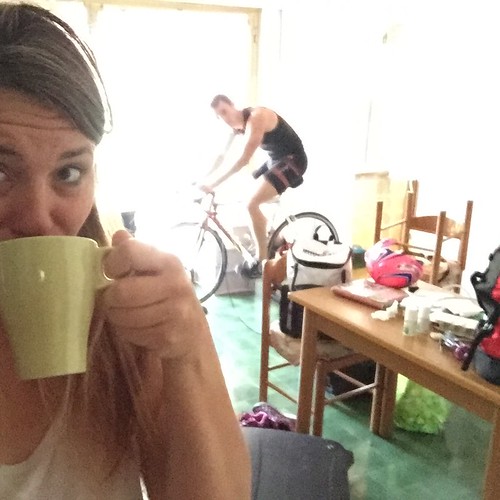 Tuesday, May 23, 2017 - up at 6 so Luca can get his trainer ride in and I started putting together our home. Around mid-day I cleaned up one of the city bikes (our renter said we were free to use them, they're stored in the garage/basement). The neighbors helped me pick the best one (p.s. they don't speak any English, that was fun :P ). Biked 17mins there and 18mins back. Kinda tough honestly.
I made Luca promise we can go to the pool tonight, in fact, a lot this week.
YESS! It happened!! I was mentally prepared for 3,000m but only made it to 2,000. I haven't swam in almost 3 weeks! I can't believe how quickly I lost my endurance. BUT, I'm motivated for it...
CITY BIKE
SWIM 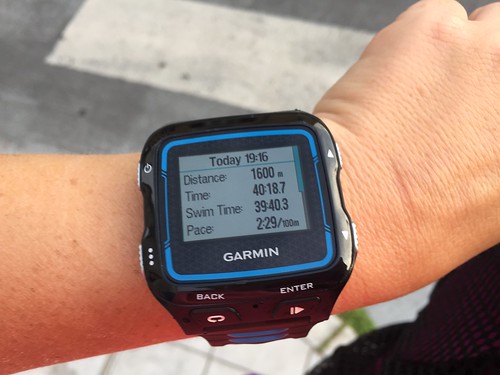 Wednesday, May 24, 2017 - Happy Brother's Day!! Did you even know that was a thing? Apparently it is. Ha!! Finished putting the house together and set out on the city bike to find a grocery store. Found one super close but the produce and meat selection was yuck. Luca came home and took me to the pool while he went and finished the grocery. Grabbed 1,600m. I like this pool. Still have to share lanes but FAR less crowded and since it has gutters, it doesn't feel l like I'm swimming in the ocean.
CITY BIKE
SWIM

Thursday, May 25, 2017 - the days are flying by this week. I was SO tired and weak feeling today. I even attempted my 30min run and just couldn't. I had nothing in me. So I walked Jake and called it. Luca came home and excused my swim too. Tomorrow. I'll swim tomorrow.
REST

Friday, May 26, 2017 - knocked out a 30min strong run with the intent of going to the pool in the evening. Luca arrived home very tired and very obvious not loving the idea of going to the pool. I excused him if he promised me OWS Sat and Sun...
RUN

Saturday, May 26, 2017 - Reverse Tri day!!! 40min run + 90min bike + 30min OWS. I ran while Luca reported to work for a funeral. We biked together, tackling Montemarcello. And then swam together (I was a bit timid and din't have a huge long swim, but it was my first ows here ~ I think I've found a spot that I can go back and forth ~ about 100m and even alone can handle). We finished Saturday meeting Emma (an English woman on the tri team we found) for dinner.
RUN
BIKE
SWIM 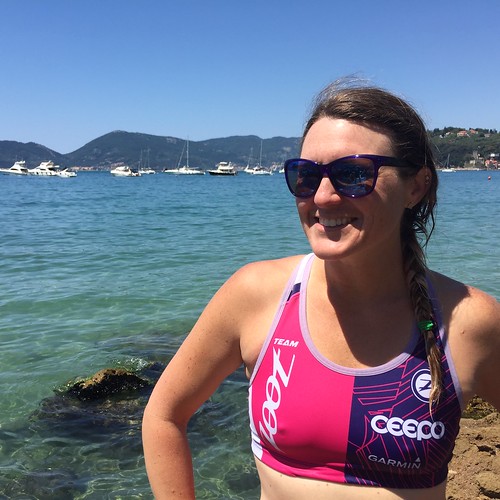 Sunday, May 27, 2017 - we met the team in Lerici for an OWS. An AMAZING beautiful OWS. And while cold, and it still took me a while to get okay with being in the sea, grabbed 2000 meters. Thank you Luca!! We biked there and back (for a total of about 14 miles of hills, are you seeing the pattern here? It's HILLY here. And not just hills, MOUNTAINS! :D :D )
Bike
SWIM
Bike

I don't think I got all the swims in this week that I wanted to, nor the distance that I know I'm capable of, but I'll keep trying and keep pushing. I need to hit that 3000 very soon. Bike theme week coming up...
Courage. Confidence. Determination.
If You Never Tri, You'll Never Know!