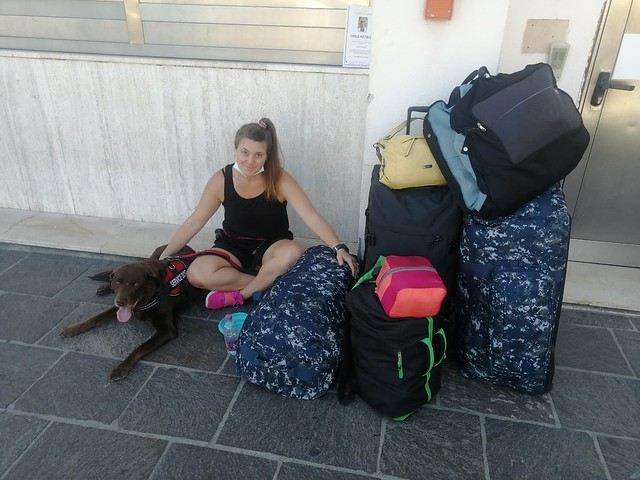 If you ever move to Venice, I'm going to give you one big huge piece of advice that will MAKE or BREAK your arrival - RENT. A. GUY. We decided to wing it on our own and went from car to bus to boat with a whole lot of steps and bridges in between hauling around a dog, 2 trolley's, 2 backpacks, 1 suit bag, and 1 shoulder bag. And this was "packing light"!! Others chose to rent a boat and have their stuff picked up and dropped off. Why didn't we do this Luca!? "Because we're Ironman." HAAAA!!!

But once we made it, we made it! We're living on a military base that feels like a cross between barracks, a dorm, and prison apartments. Maybe only prison because there's a huge brick wall around us, then canals, then fences with barbed wire - it's not as unfriendly as it sounds but it's definitely military... 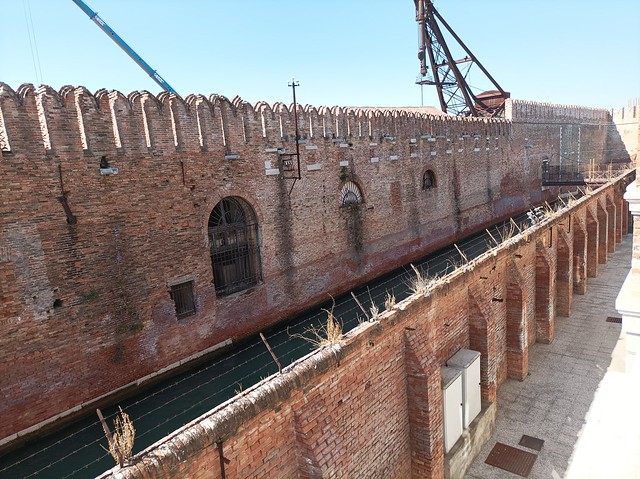 The good news is, we live away from the center and away from all the tourist - a quieter section of Venice. Because let me tell you, there are millions of tourist on this island daily. Weaving through them with all our stuff (see above) was super stressful but also super exciting.

Our first day was really spent unpacking and getting oriented (and orientated). Our apartment is small but doable. It's one big room in which the couch is the bed, a bathroom, and a mini kitchen - there's no oven but at least a stovetop and we can cook! We honestly don't mind living small. Recall, Jake and I lived in an RV for 4+ years and Luca in dorm/military rooms since he was 16. My biggest complaint is that we are on the first floor - I would have preferred ground floor with Jake. But I'm really working on not complaining. We are together and that makes for HAPPY!

On day 2, we got up early and ran to the other end of the island (which was exactly a 5k), took a bus back to our car (we were going to run all the way to the car but realized the bridge that takes you off the island is another whole 5k. Yeah, we could have ran that easily but it's a BRIDGE!! For 5k!! I was a little too anxious for that, so BUS!), and grabbed a few big items we had left (Jake's food stand and our mini vacuum cleaner). So once again, we weaved our way back through Venice... And once again, stressful and exciting. I giggle every time I enter the huge military gate because it really brings back my own military memories and IDK, it just gives me some sort of feel... 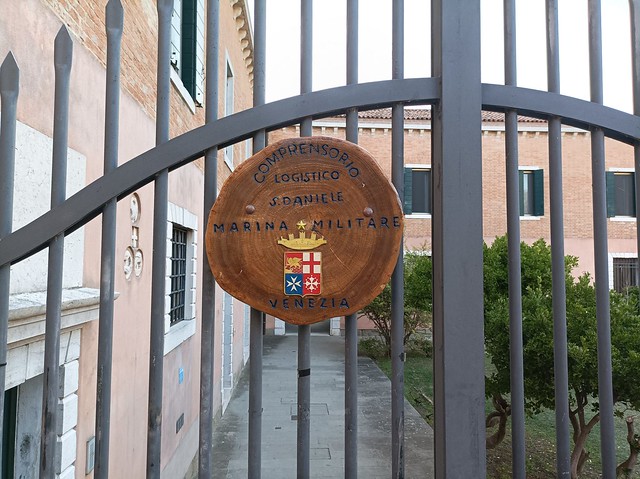 Next order of business, Luca has to show me where to run. Venice is a maze of narrow streets, canals, and bridges - not easy topography to just shoot out for a run. So day 3, we were up early and I was introduced to my new run loop - in the park. Unless I take a boat to the Lido (another island), I'm really limited on distance. I don't mind running loops - I say that now - ask me in a few months when I've circled the park 200+ times! Ha ha ha! 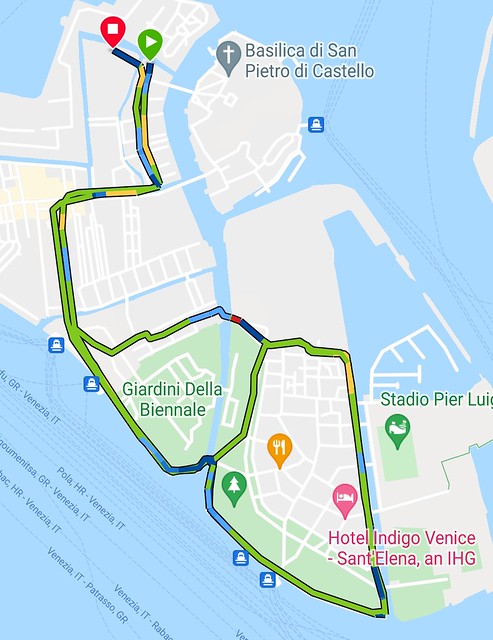 And then Luca headed off for his first day of command school. That's why we're here in Venice. Luca is a helicopter pilot but soon, he will command a ship. And that requires training and a new master's degree. Thus, 5 months in Venice!! So proud of him and so happy we get to do this together! Instead, I headed to the center for a little bit of exploring and shopping. Besides dodging tourists, it's really quite an enjoyable city! This was more of a shopping expedition than exploring so 1 - I didn't take many pictures and 2 - I didn't make it a point to see sites. We really just needed a few items for the house (and I bought the MOST amazing cute dress - oops ;)
So - it feels like we have what we need for the next 5 months. I'm certain there's going to be some moments of AHHHHH and definitely spectacular memories made. Venice is beautiful, magical, mysterious, and really - a wonder of the world! It literally FLOATS and yet SINKS... Deserted yet crowded, touristic yet raw Italian, and somehow, modern yet ancient and simple yet elegant. Venice is half fairy tale and half tourist trap - and I can't wait to experience it all!! For daily pictures, follow me on Instagram @IMtrigirl or #triourveniceadventure or #triouradventure
“To build a city where it is impossible to build a city is madness in itself, but to build there one of the most elegant and grandest of cities is the madness of genius.”
Courage. Confidence. Determination.
If You Never Tri, You'll Never Know!