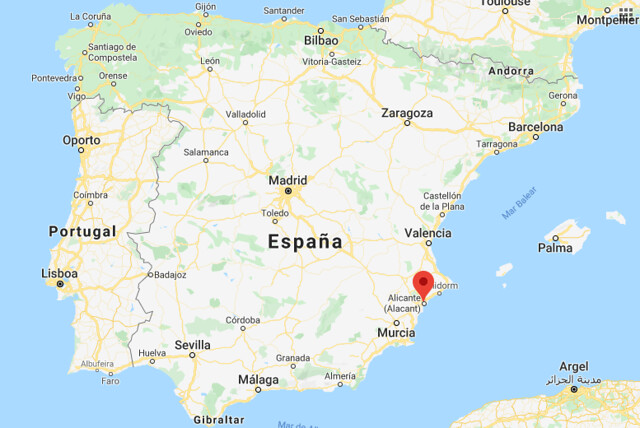 Named one of the most beautiful places on earth to live by a number of sources, Alicante is not a common Spain city you hear about. At least not in the states. The City of Light, la Costa Blanca... it's a more popular destination for Spaniards and the French.
Alicante has been inhabited for over 7000 years. That's a huge number of years to wrap your brain around considering we are only in the year 2021. I inhabited Alicante for only 1 month but feel I got a good sense for this coastal, Spanish way of life. And also met a few 'what to do's', 'what to see's', and 'what to eat' to share with you. And for the record, I was not on holiday instead taking some medical treatments... And I'm currently back for more!! 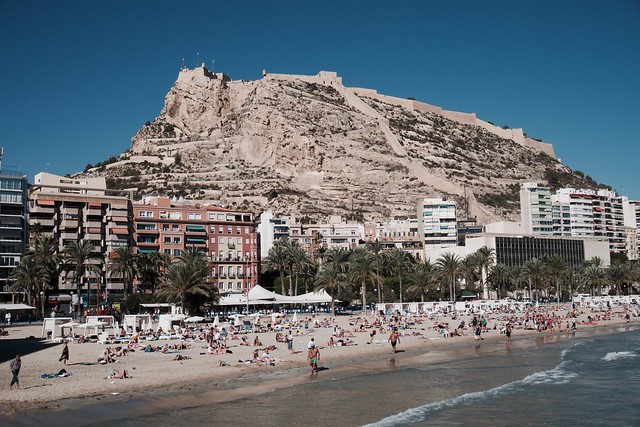 Alicante is a beach town located in the center of the Costa Blanca, on the east side of Spain. Life here is simple and tranquil. Safe. The city is famous for its calm waters, perfect climate, delicious cuisine, and relaxed lifestyle. I have to admit, I'm not a huge fan of Spanish cuisine. But I do love the environment! The history of Alicante (and area) is impressive and astonishing. Hunters and gatherers first discovered the land followed by Greek and Phoenician traders. The Romans soon came to conquer before the Arab conquest. From here it was passed back and forth amongst Kings. And when I say "passed" - they battled for it. Always under war! Not to mention the Barbary pirates that were constantly invading the coast. After the War of Spanish Succession the country slowly declined - more decades of wars + 3 years of civil conflict - you have to wonder how the place still stands! It wasn't until 1975 that Spain transitioned to a democratic constitutional monarchy. Alicante has been reinventing itself since, clearly becoming a beautiful place for tourism.
Mount Benacantil is what you'll notice first with the castle of Santa Barbara sitting upon its summit so let's start from the sky and move to the sea...
Things to do and things to see in Alicante:
Castle of Santa Barbara 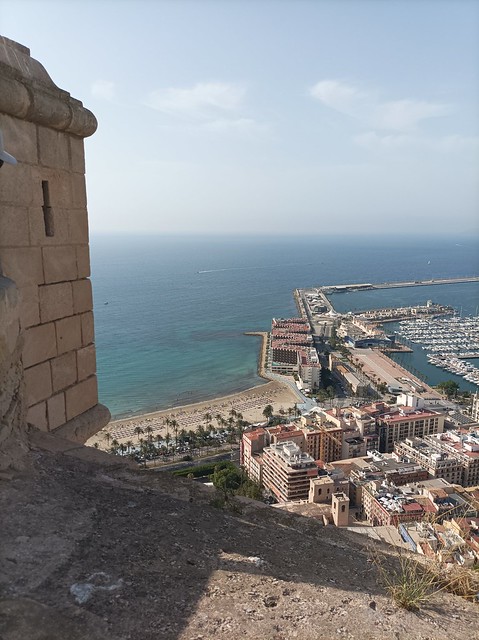 Crowning Benacantil mountain, the vast, monumental rock looming over Alicante, is a fortress with medieval Arab origins. The most recent renovations took place during Spain’s Golden Age in the 1500s, but if you look closely you’ll find little fragments from Moorish times. One can reach the castle by foot, by wall, or by car. The castle opens at 10am but an early climb is highly recommended. Either way - it's worth the views and there is a nice cool breeze at the top. We started along the foot path but then ended up on the road (up) and took the wall down.
Postiguet Beach 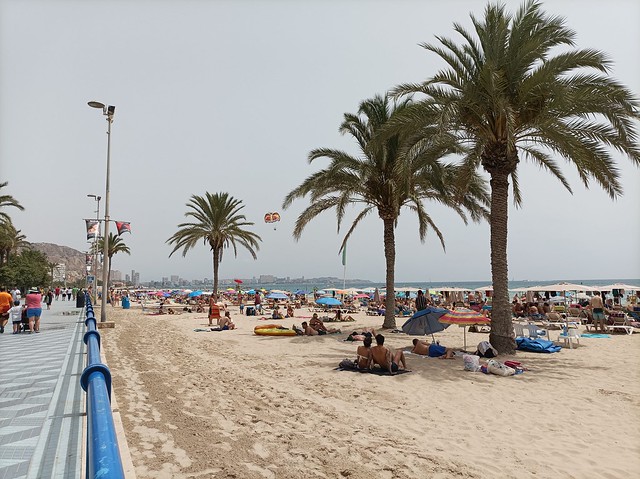 A local favorite with golden sand and calm water! You can find this beach at the foot of the Santa Barbara Castle next to the Explanada. The beach is the protagonist of a popular Alicante song: “la manta al coll i el cabasset, mon anirem al Postiguet”. 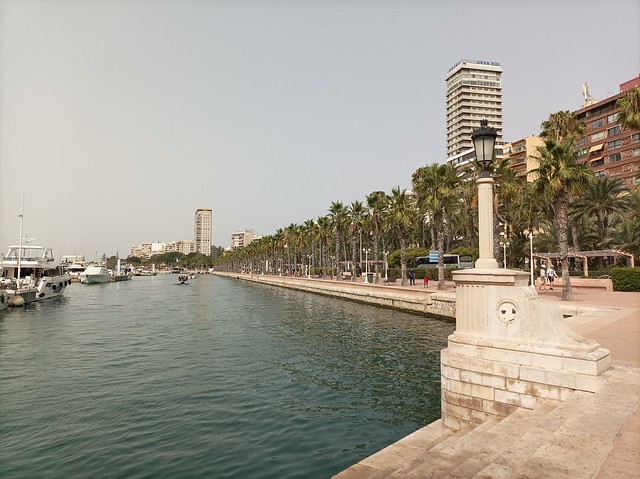 Take a walk along the Paseo Volado built in 2008 and find the Ocean Race Museum, the Casino Mediterrani Alacant, and plenty of hotels and restaurants. It's quite impressive how much is along this finger of land that protrudes into the sea. You can also explore the port from here.
Esplanada de España 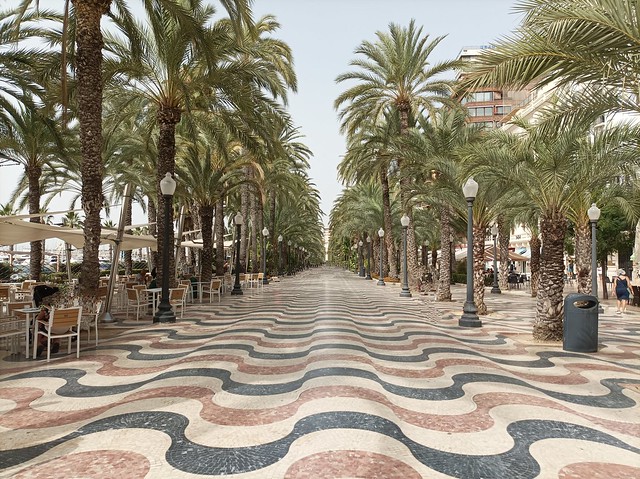 Across the street from the beach, below the castle, starting in the old-town and continuing alone the city's seafront you will find the Esplanade de Espana. The promenade is over 500 meters long with 6.5 million marble tiles creating a dramatic wave-like mosaic. The three shades of marble include the infamous Alicante red marble which can only be found in Spain. It is a hallmark for the people of Alicante and a symbol of tourism in the city. Restaurants and bars line the Esplanada but be careful - tourist trap prices!
Wander deeper into the city for these next sites:
Alicante Town Hall 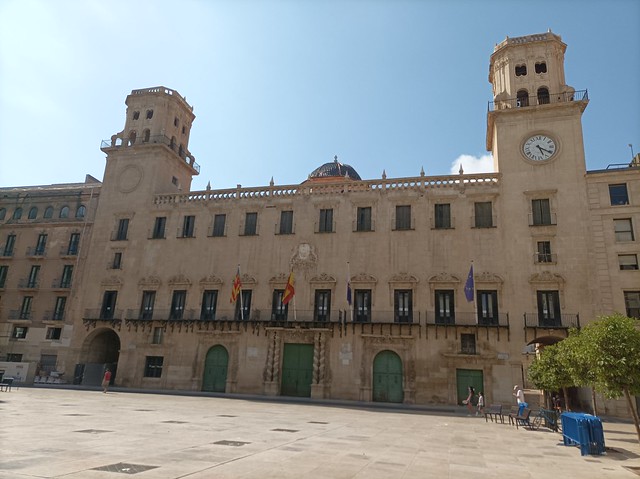 A baroque beauty! The building has an interesting history. In the last seventeenth Century the building was nearly destroyed by the French bombing in the War of Spanish Succession. It took 70 years to rebuild it through the efforts of hundreds of people. There are 3 floors and interestingly at the foot of the building's main staircase is the so-called "Cota Cero". This is the main reference point from which the sea level of Spain's various cities are measured. Upstairs you will find the blue room which was decorated as a palace to receive Queen Isabel II in 1858 and a chapel, which still holds mass. Two further remarkable rooms are the Salón Azul styled from the period of Spain's Queen Isabel and the Salón de Plenos meeting hall.
Co-Cathedral of St Nicholas Bari
If you're in the neighborhood of this church, you'll likely see a groom or bride on their way to a wedding. With it's 12 story high dome, you can't blame the choice of venue! Construction began on the San Nicolás Co-Cathedral in the year 1600, replacing a building that had stood their previously. It is built in the Herrerian renaissance style and is located in the heart of the city. Below the cupola is the Capilla de la Comunión communion chapel, which is considered to be one of the most beautiful examples of Spanish baroque.
St. Mary Church – Basílica de Santa María 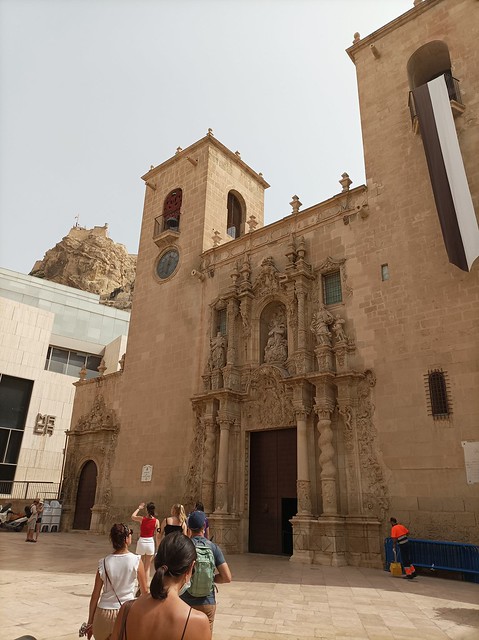 The oldest church in Alicante. It's actually fairly new built between the 14th and 16th centuries. But it was built over the remains of a mosque. We were lucky to get a sneak peek inside (it has very limited opening hours).
In town you might also want to check out:
Now that you've had your fill exploring, let's go get something to eat!
Mercado Central 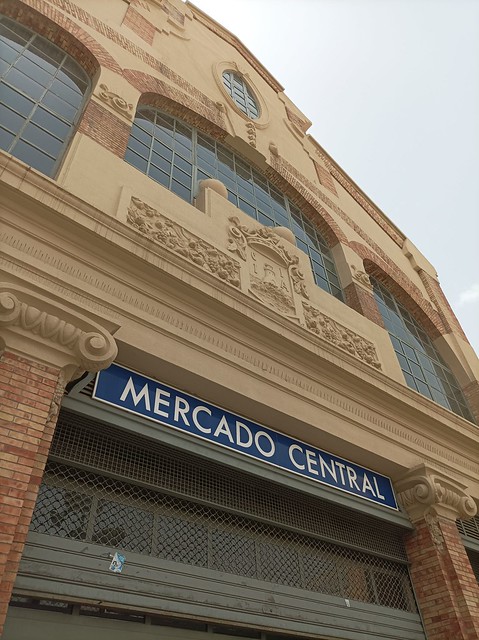 Visiting the Mercado Central de Alicante will immerse you in the world of traditional, quality, and gourmet food. The stalls sell a variety of fruit, veggies, meats, cheeses, and seafood - over 300 stalls! I think the most interesting of all is that this building has withstand wars and bombing over centuries!
Although, side story: at the back of the market square, today called “May 25” is a square to commemorate Spain’s worse bombing of civilians (which happened to be by the Italians). It took place in 1938, at 11:15 in the morning, when the market was full of shoppers (mainly women and children). You can see the ground Memorial built to remember over 300 direct victims, and more than two thousand people who were affected indirectly. If you saw the stopped clock in the front of the market, stopped at 11:15 - this is the market clock that when the first bomb struck, froze in time.
Back in the market - try some local eats! Or (avoiding the tourist traps), venture into a local restaurant. 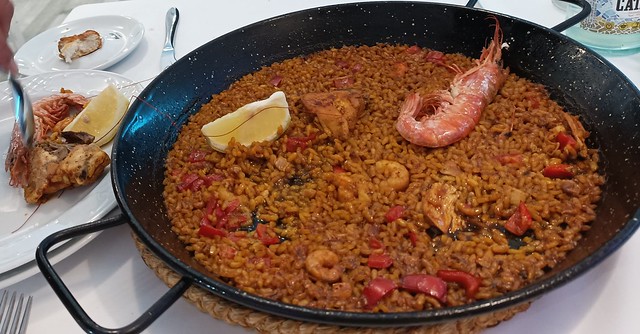 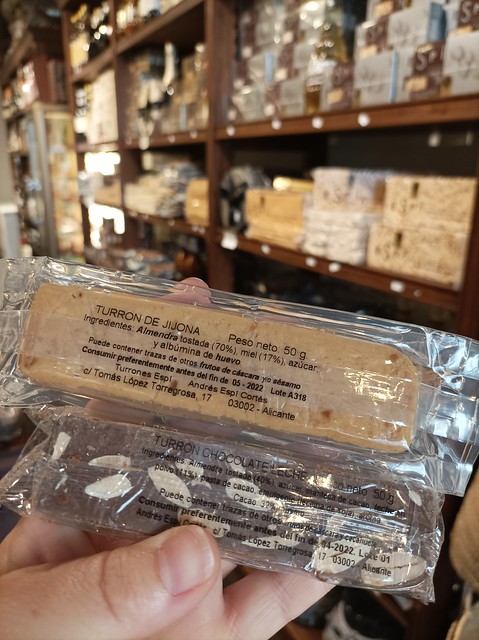 I actually stayed in San Juan my first trip and Cap de L'Horta my second - these are just small cities or "neighborhoods" near Alicante. More fun photos: 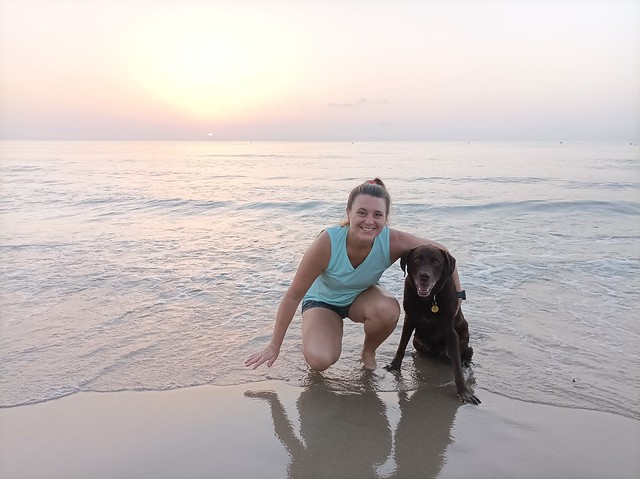 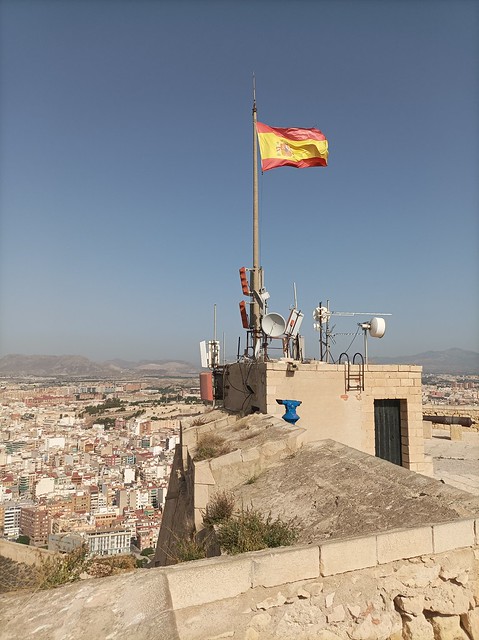 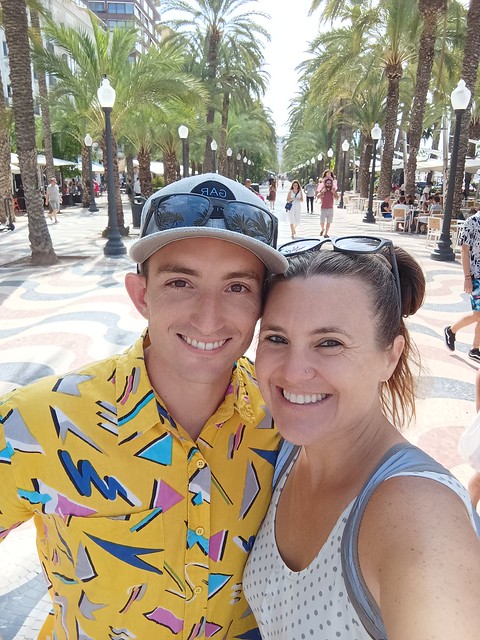 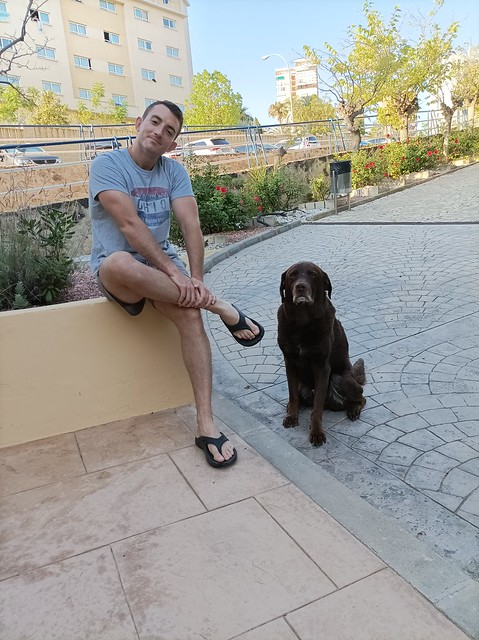 But why are you THERE!? Aha, the question of the day. I'll explain more later but there are some medical facilities here -the best in the world- that I need... 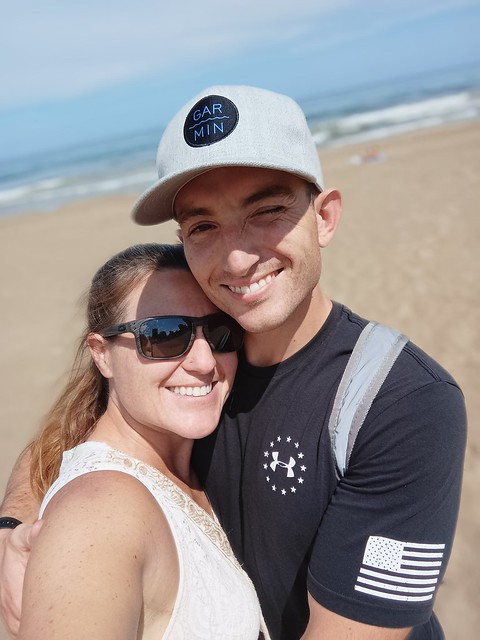