Your Italy, Our Italia

“Your Italy and our Italia are not the same thing. Italy is a soft drug peddled in predictable packages, such as hills in the sunset, olive groves, lemon trees, white wine, and raven-haired girls. Italia, on the other hand, is a maze. It’s alluring, but complicated." ~Beppe Severgnini, La Bella Figura.

And possibly, truer words have never been written when it comes to living in Italia. The real Italia. 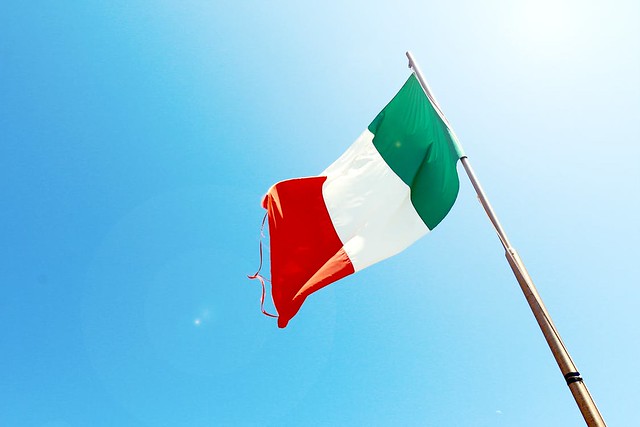 Living in Italy is a bit different than you might have expected. Perhaps it's because while on vacation, traveling through, or are still in the honeymoon phase of unpacking your life here, you are blinded by the architecture, the culture, the art, the history, the FOOD... the romance of 'I'm living in Italy!'

You envisioned this life of cycling through the countryside with fresh bread in your basket, the wind blowing through your hair, and wine on your mind when... HONKKKKK "Ma spostati dai!" And you are quickly rushed back to reality... the absolute anarchy of daily traffic.

I want you to imagine the chaos of your downtown city with no traffic laws... a complete free for all. Stop signs are merely suggestions, roundabouts are whoever gets in first wins, and parking - HA! I could write an entire post on parking alone. Sidewalks, side of the road, middle of the road, criss cross behind YOUR parked car...there are no rules. Please, park wherever you want!
You are literally at the mercy of your fellow motorists.

Narrow roads, hidden drives, and this incessant need for drivers to come half way out into an intersection before looking both ways makes my "countryside cycling" fantasy a suicide mission!

So everyone knows about the messy disorder of Italian traffic and if you didn't, now you do.
Which is why I am completely surprised by my next few observations. Somewhat silly, somewhat annoying, here are some things you will only know once you live in Italy for a while...

#1 - Contrary to the pandemonium of the streets, Italians walk REALLY slow. Brisk walks just do not exist here. I find myself "stuck" behind the slowest on the regular. And there's often no getting around them. Either the path is narrow, an obstruction awaits, or they are walking 4 across - arm in arm. Don't get me wrong, I'm all for a romantic stroll, a family walk, or appreciating time with friends. But on a Tuesday, when I've got shit to do: gentle strolls were made for Sunday's!

#2 - In keeping up with the delay - time stops in the afternoon. Everything closes around 1pm and doesn't open again until 4 or 5 pm. The riposo aka Italy's midday siesta. At first this break can be extremely annoying, especially if you’re on a schedule with tons of stuff to get done. But, after a while you get used to it, learn what's open and what errands you can get done during that time and sometimes, even revel in a little riposo of your own.
p.s. between 1 and 3pm is my absolute favorite time to do grocery; it's empty! It's also a decent time to get a bike ride in ;) 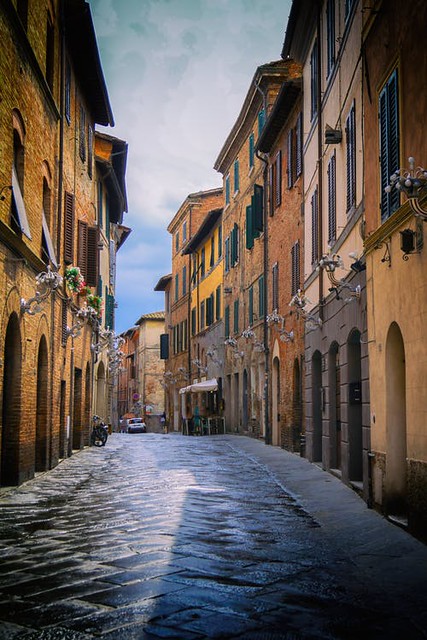 #3 - Internet. I swear it is slower than my AOL dial-up, circa 1998! And everyday is a hit or miss. Sometimes I think there are rolling blackouts like the California electricity crisis back in 2000... they come without warning, last for indeterminate periods, and ... make me want to throw my computer through a window. And other times, it's like the internet Gods have opened a gate, maybe stood up a tower right outside my home and for a second, given me a moment of streaming heaven.
Either way, I rarely feel like I'm getting what I pay for and I really wonder, where the heck is all the wifi!?

#4 - And while we're still talking about slow... In terms of anything official, Italy is very slow (and frustratingly unorganized). Take my permesso for example... over a year later!
Very little life admin can be done online. For the majority of “official” things you need to do, you have to be physically present at the local government office. This is obviously very inconvenient as the opening times are often quite lackadaisical. And often, if you hit an open time, who you need is out of the office or you were supposed to do this, this, and that first. I am often shooed away, "ritorna domani" ~ come back tomorrow. It's always tomorrow. Sigh...

Which brings me to...

#5. The Post Office. Dun Dun Duuunnnn. I’m pretty sure it is the tenth circle of hell in Dante's Inferno. I detest the place so much I refuse to go! I have gone to Pisa before just to buy stamps at a touristy shop and mail them in one of their yellow boxes. For real, people take a half-day off from work to accomplish anything at the Italian Post Office. In true useless bureaucratic style, that is the Italia way, a simple task is made extraordinarily difficult requiring this, this, and that first. Throw some 'out of office' in there, signatures from people in positions that don't even exist, and always, a super friendly postino behind the counter <-- that was sarcasm!
It's almost like each Italian is given a blank piece of a puzzle and it's up to you to find who you need with the piece of the puzzle that you need - and sometimes the person doesn't even know they have a piece of the puzzle.

My final slow point - my child sized washing machine. While it sounds like a jet engine taking off and it's intensity shakes the house making you think it's going to thunder wash your clothes in seconds! It actually takes hours to wash a tiny sized load of laundry. Which is odd because it DOES have a 30 minute wash session. I can't understand how it can have the potential to wash a load in 30 minutes but take 6 hours for other loads. Chin scratcher, right?
And if you recall, we don't have dryers. Some Italian homes have one, but certainly a tiny minority. I have the magical 24-48 hour sun dryer. 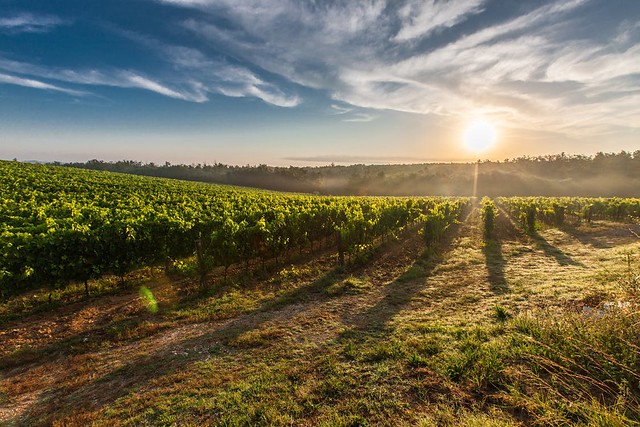 Aw the sun. The magical Tuscan sun. It is as delightful as you think it is. Italian weather, especially where I am. Because I'm always asked - it's a bit like Florida. It doesn't get so cold, but there's a still a winter for sure. It rarely snows. Plenty of rain. Not much of an autumn. But a big beautiful warm sun! Sandwiched between the sea and the mountains, the weather is lovely.

You know what else I have found? 6. Italians don't seem to like Italians. I've heard Italians stress how arrogant, untrustworthy, and rude Italians are but praise the customs and characters of others - such as Americans. I once worked with an Italian woman ~speaking English with her weekly. She warned me, never trust an Italian woman ~and I'm sitting there, with her, an Italian woman, thinking uhhh... And she goes on, they will be your friend to your face and stab you in the back quicker than Ted Bundy. She told me that Italians have a circle and even if you are welcomed in, it's a judgement zone. This isn't the first I've heard this either. While still in America, a female Italian pilot warned me of the same. "Trust no one."

It has been quite difficult to make Italian friends. In fact, my closest friends here are American, British, and Kiwi. But then again, I'm not really out trying to make Italian friends.
I'll also include, Luca's mother and sister are the BEST. I never feel judged with them. And the girls at the gym are all very nice to me too. I can't help to think that I'm being thickly judged over my shoulder though. (because there's another detail - Italians don't hide their judgment. I've been mean mugged, starred at head to toe and back up again in disgust, questioned, and the whispers... capito Italiano ~I know what you're saying! And they aren't shy to share their opinion). 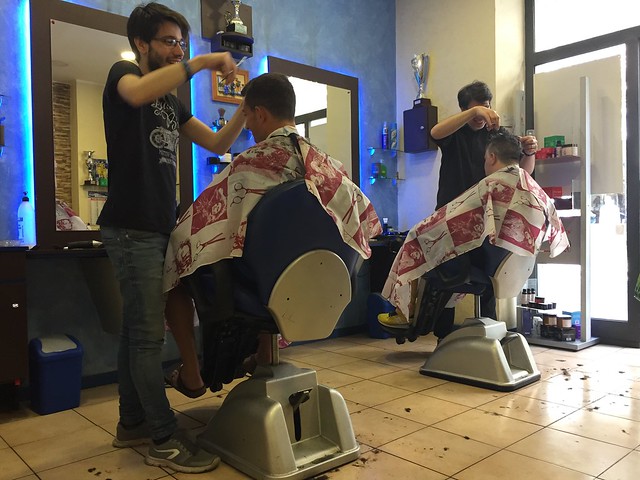 #7. While I'm over here (potentially) offending Italians, Italians are very much, what you see is what you get. I can almost pinpoint a person's job or social status by appearance. Clothes, hairstyles, even mannerisms are quite similar within a town ~and even province!
I don't think that's too much different than Americans... I know in Gulfport/Biloxi it's common to see similar haircuts, clothes, and style amongst its residents. But there's also plenty who stand out.

That being said, in general, in accordance with looking a certain way, #8. people are quite predictable and very regimented in life too. As mentioned before, I can tell you exactly what everyone in the country is doing between certain times. I can actually plan my day around the typical Italian schedule for my own convenience. Noon at the grocery is hell. 1pm is a breeze. Traffic at 07:50, smooth as butter. 8 hits? Complete chaos.
August, for another example, the month, it's closed for holiday. The entire country.
Artichokes are only to be eaten in April while strawberries are for June.
Leather goes with anything but tennis shoes are for the gym and tourists only.
Coming from a diverse society where everyone wants to be original, comfort and convenience is #1, and pj's are acceptable attire in public... it's a strange concept ~such structure. So many rules!

And finally, my biggest complaint. And I hate to say complaint, because I'm not complaining, I'm just expressing my opinion from my experience with silly examples of what it's like for me living in Italy. But this one, honestly, it's a solid COMPLAINT.
Trash.
For a country SO proud of it's heritage, they don't give two shits to throw cigarette butts, water bottles, wrappers, and yes, even their entire garbage bag out the window, in a canal, or to the side of a road. It's disgusting and heartbreaking. Disappointing. I'd say, tragic even.
Both the countryside and city streets, even the beaches, are littered with trash. And so much graffiti which I would include in the "trash" sentiment. 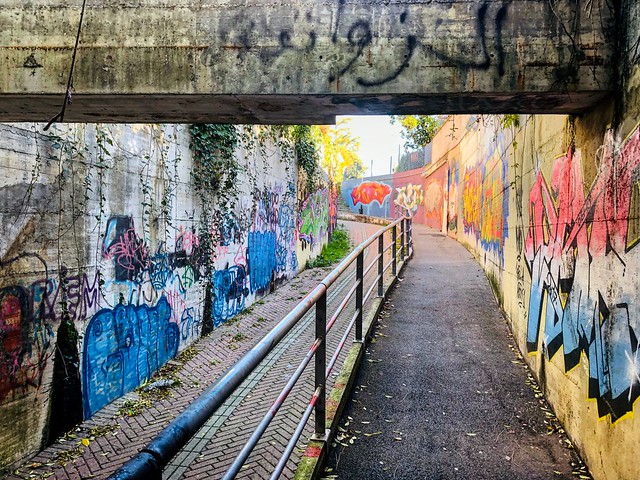 It's crazy because Italians are such clean people! They will maintain their space so precisely but disregard the environment and/or disregard public property and even ruins or historic sites. I hate it.
I really think if a political party or popular Italian used their position as a platform to campaign a cleaner Italia, it would work. There's just no sense of community or public space. And maybe raising that awareness - showing photos of the damage and disgust... Fines for littering. Something. Luca and I pick up trash when we're walking. Maybe someone will see us doing it and think twice next time before chucking their soda can in the ditch. Maybe.

Comical annoyances are present in any environment. There are always going to be cultural quirks and curious behavior. It all boils down to this: living in Italy requires a lot of patience, effort, and positivity. It's everything I’ve ever imagined and nothing like I expected all at the same time.

To quote the famous words of writer and politician Massimo d’Azeglio at the unification of Italy, “We have created Italy. Now it remains to create the Italian.”