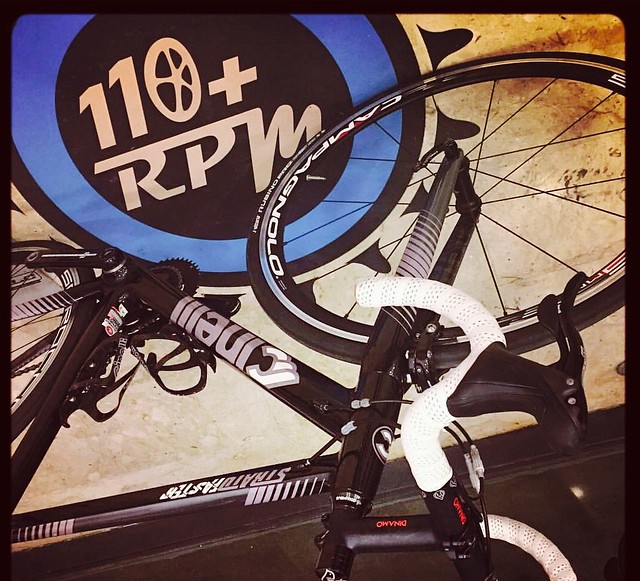 To say this shop is amazing would be an understatement, an injustice! From the moment we arrived we have been treated with the utmost response, respect, and value. The cycling and triathlon shop describes itself as a concept store, a temple for the design of the bicycle. They feature a specialized cycle-workshop, premier customer service, mountain bike rentals, bike storage, and obviously bike sales as well as gear. They recently brought in my personal favorite, ZOOT!!! Furthermore, the team, Marcello (the brain), Enzo (the doctor), Francesco (the sad man), Daniele (gold hands) ~ I haven't met these guys, and Gianluca (the beast), are passionate about cycling and triathlon and eager to grow the sport… 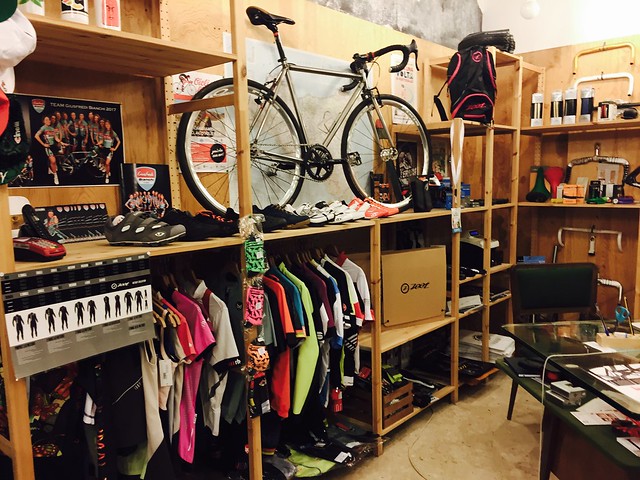 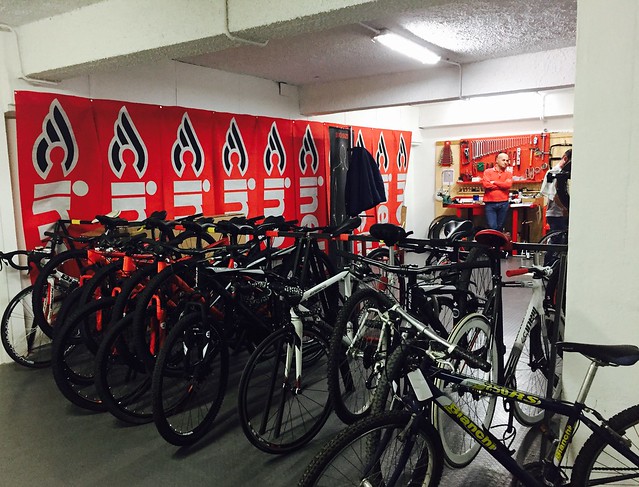 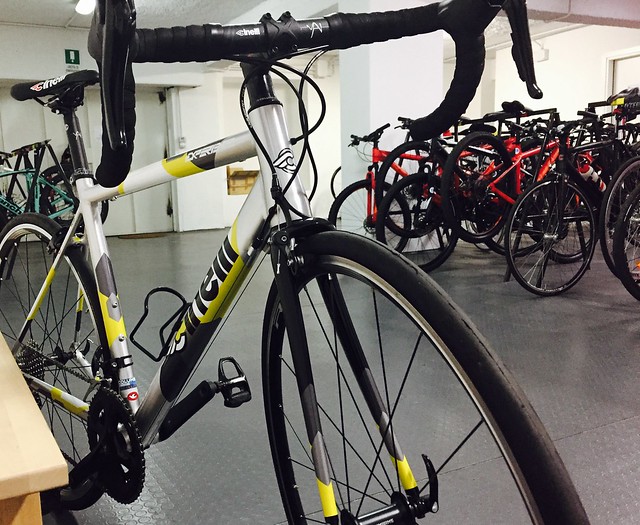 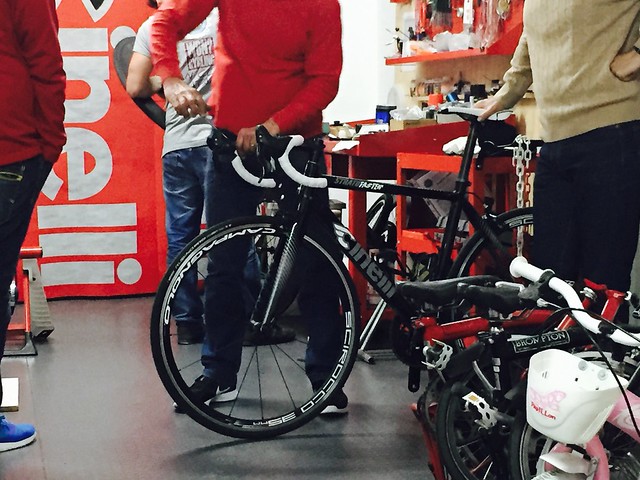 Our first visit was a Saturday morning group bike ride. The shop set up several bike racks and a transition area allowing us to lock our gear up and use the facilities.

We were quickly greeted by Marcello, the shops co-owner.

Nervous about how the ride would unfold on the bumpy busy streets of Catania, the group led us away from the city to low traffic good quality roads. A very fast group led the way while Marcello scooped us up for a more personal, average paced ride.
The next few Saturday’s were similar with Marcello going out of his way to show us new routes, safe places to bike, and share more about the area, cycling in Catania, races, and even awesome places that we must go visit. 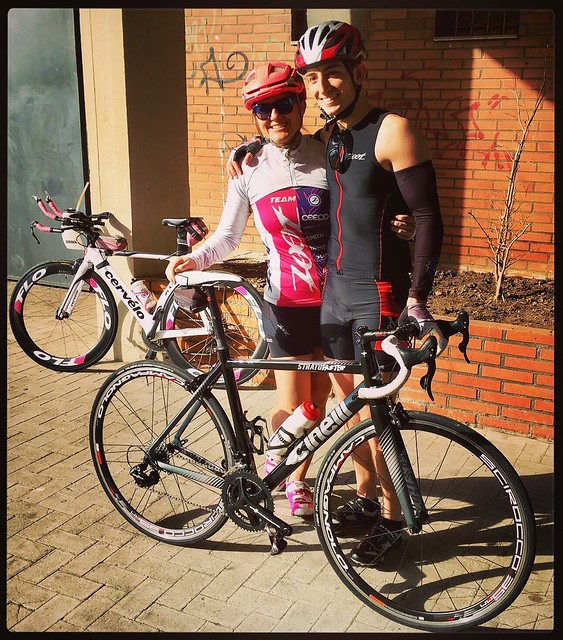 With each visit we were greeted with kindness and appreciation. Not to mention service… upon discovering a cracked stem on his road bike, the team prepared a bike for Luca to ride during repair ^. And later prepared Cinelli road bikes for both Luca and me for a local sprint triathlon v. 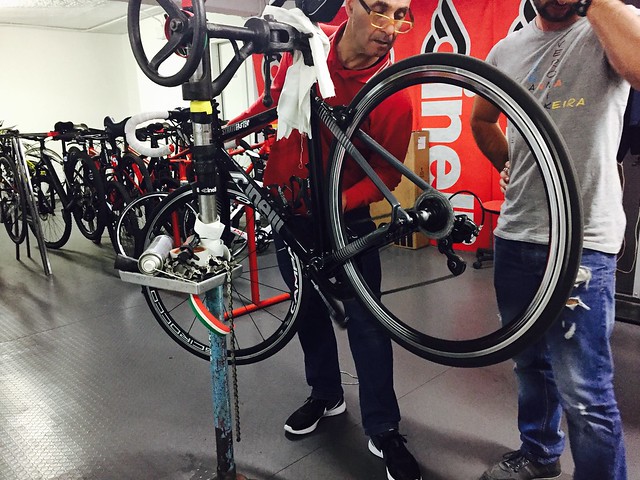 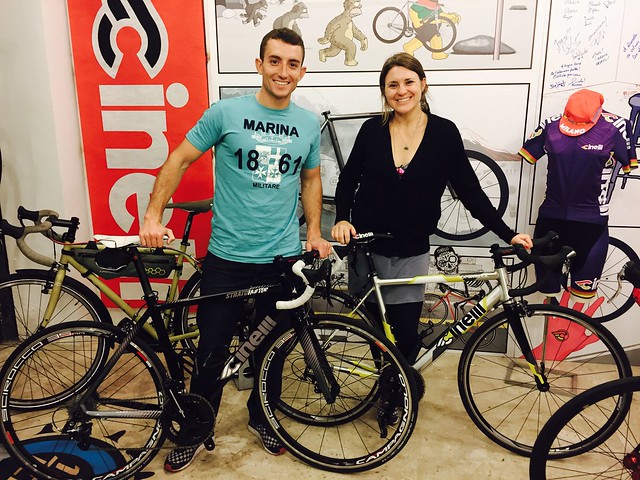 Meanwhile Luca and I had been discussing a new triathlon bike. 110+RPM features both Cinelli bicycles and Cervélo (among a few others, Bianci, Bixxis, Focus, and Brompton). After reading reviews, lots of Googling, and my bias opinion, Luca was pretty set on a Cervélo. 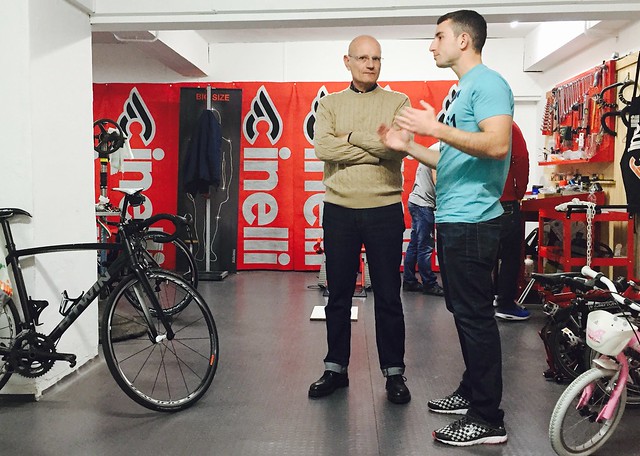 I believe that people are brought into our lives for all the right reasons and we shared our ideas with Marcello. A few chats later and we were introduced to Enzo, getting fit and selecting the perfect tri bike for Luca, a Cervélo P2. The team was so dedicated to our need for the bicycle right away that the Cervélo in shop was prepared based on our demands. 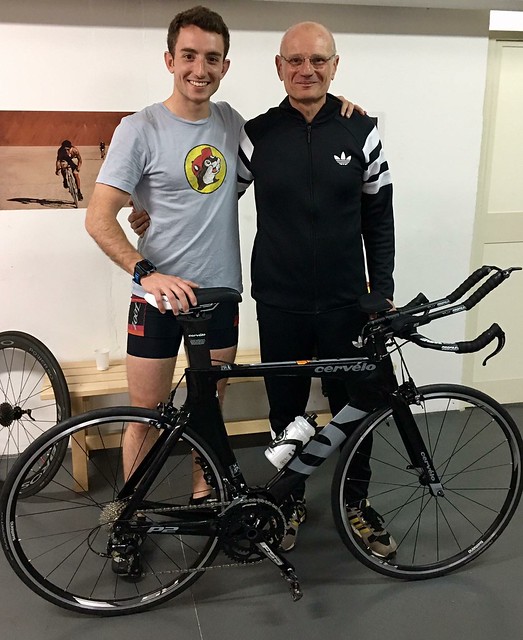 The shop continues to service Luca’s road bike and 110+RPM has set the standard for customer service. Our stay in Catania is temporary and I’m sad that we can’t take Marcello and his team with us to Tuscany…let’s just box up the whole shop and unpack there!!

But while we are still here we plan to continue riding the flats to the south and the climbs to the north and we encourage you to find your speed with 110+RPM too! 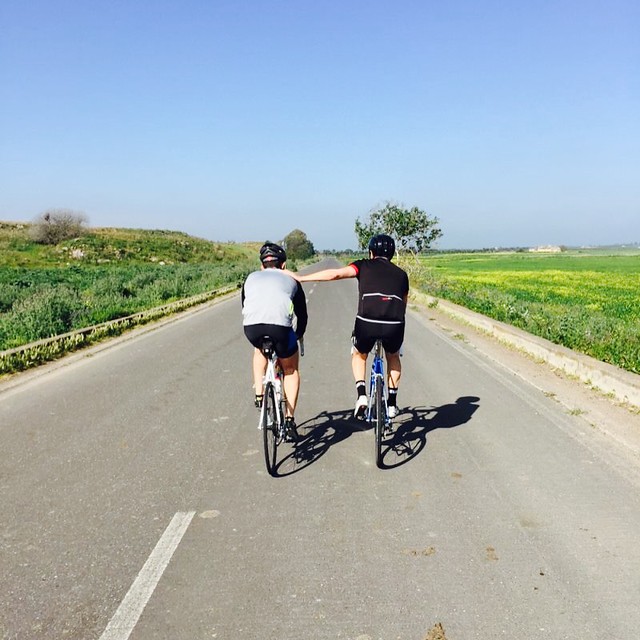