Updates from the Lisa 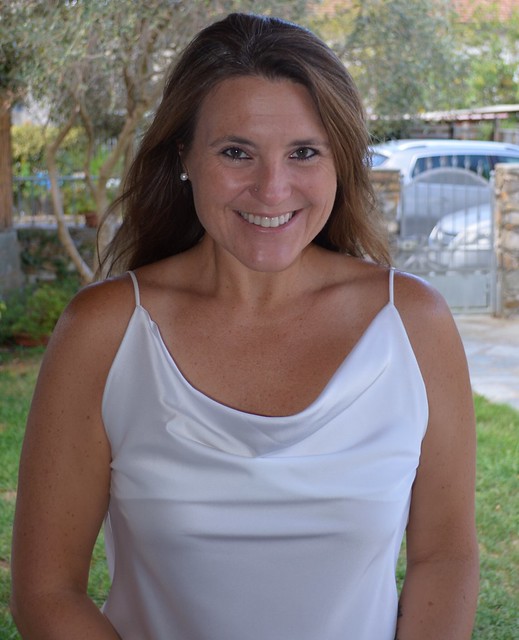 It's been since June, our trip to Puglia, since I've published from my blog. I actually wrote in August but I never released it. I never finished it. To be honest, I've just been letting my heart hurt. Heal. When we lost the baby in January I fell into a deep depression. I was so broken and angry. It took until around mid-June to start to see the light again. Just in time to lose my dad. A trip to the states and a July spent in Ohio was suddenly behind me. And then the sadness hit. Very very different than any depression I've ever felt.

I still can't believe he's gone. I have these feelings that I can't explain. I know it's sadness but it's also like, empty. A void. But not just an emptiness for me. But for him. There was so much life left to live and I know he wanted more. And I'm regretful that we didn't talk more, I know he wanted to. And I know he loved me so much but he never made an effort. So there's also disappointment. And he let himself go so bad, so there's pity and sorrow. These are really uncomfortable, unique feelings sort of spiraled together. They're very confusing. And they leave pain. This thick, uncomfortable, sad, gross, strange... pain.

Now here I am. A little girl with too much loss. A woman, unable to produce. That sounds weird, I'll change that wording later. And unfortunately, it's all left me in a position, where, even though I'm moving forward and refinding joy and happy, I'm waiting for the next big hit. The next inability or failure. Ya know? I'm sort of cold and distant but with an eager smile. Half-way living like there's no tomorrow and half-way living in fear of what's next. Ready to adventure but in the safety of stillness. Excited yet leery.

Sigh... the common contradictions which make up the Lisa.

And so I train, I work, I support my husband, I take care of our Jake. Venice 70.3 is coming up soon. I'm excited and scared. I haven't raced since Kona. Those years after, between the pandemic and IVF, I lost myself as a triathlete. I've had a few issues/setbacks, but I'm reaching the miles now and feeling like a triathlete again. The race nerves and nightmares have kicked in but also the thrill of the race. Yeah, I'm excited. I booked a beautiful condo in Jesolo, overlooking the swim start, my friends in Vicenza are coming, Luca's parents are coming, of course my Luca and Jake will be there, I'm stoked.

Work is stable. In fact, our company is growing. We recently collaborated with another organization to create e-learning training videos and I've hired another full-time gal. Most of the time I'm doing what I enjoy, leading, creating, supporting... Eh, but sometimes, like any job (I think), I'm pulling out my hair and screaming what the fuck is happening at my computer. I'm still Coaching too. In fact, that's my favorite and eventually I'd like to transition back to that full-time. The team is kicking ass and everyone is training for something right now.

Luca is commanding his ship, Nave Termoli. He's preparing for an inspection which is super stressful and trying to balance... all the things! He works more hours and comes home way more stressed than his previous position, but we both know this is short term. 1 year. I'm doing my best to understand and support him.

Jake is healthy and happy. Although, he's lost most of his hearing now. My sweet old man, he sleeps a lot...but he's still a puppy. He wants to run and play and that dang frisbee! Ha ha. He's just my best friend; always there to cheer me up. He loves talking to his grandma on the phone, loves going for walks, and loves playing with us in the evenings.

And that's life right now. My girlfriend Beth is coming to visit in Oct (just after the race). And mom and Bob are planning to come in December - which we will decide where we want to adventure to... I'm VERY excited for both. I have so much to show Beth and so many fun activities planned. We might even pop down to Rome for an overnighter. She's just going to be AMAZED. I'm excited!

Until then, business as usual!

Photo credit to Luca - updating some professional headshots - this one felt... real.