Called by the ancient Romans, "Anphitheatrum Flavlum" (Flavian Amphitheatre), the Colosseum is the most famous and impressive monument of ancient Rome, as well as the largest amphitheater in the world! And guess who found a HomeAway apartment right...next...door !?!? See the orange building on the left? That's our apartment building. See the beautiful Colosseum on the right? That's the one!! ;)

The Colosseum is horrifically beautiful. Disgustingly impressive. It makes me sick yet arouses my creative soul. It's devastatingly magnificent. Allow me to explain...
This 70,000 seat arena was home to gladiator battles or games where thousands of men and wild animals were violently slaughtered. While a crowd cheered them on.
189 meters long, 156 meters wide, an area of 24,000 meters (squared), and more than 48 meters high. Translated: 620 feet tall, 511 feet wide, 258,333 feet (squared), 157 feet high. It's HUGE.
Over 500,000 men lost their lives and over one million animals were killed.
They once had a show that included a life size whale built that when it's mouth was opened revealed 30 feral bears. What!?
During just one festival in 240 AD a staggering: 2,000 gladiators, 70 lions, 40 wild horses, 30 elephants, 30 leopards, 20 wild asses, 19 giraffes, 10 antelopes, 10 hyenas, 10 tigers, 1 hippopotamus and 1 rhinoceros were slaughtered.
This place is the single most barbaric sporting venue in human history. 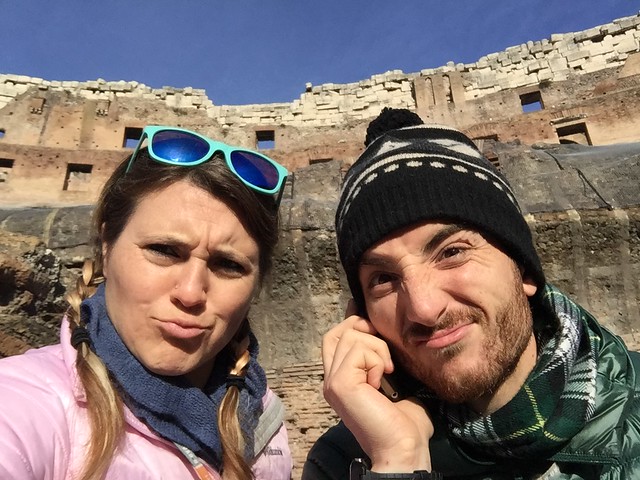 The emperor Vespasian (AD 69–79) originally commissioned the amphitheatre in AD 72 on the grounds of Nero's vast Domus Aurea complex. But he never lived to see it finished and it was completed by his son and successor Titus (79–81) a year after his death. To mark its inauguration, Titus held games that lasted 100 days and nights, during which some 5,000 animals were slaughtered. Trajan (98–117) later topped this, holding a marathon 117 day killing spree involving 9,000 gladiators and 10,000 animals. GoodNIGHT! :O 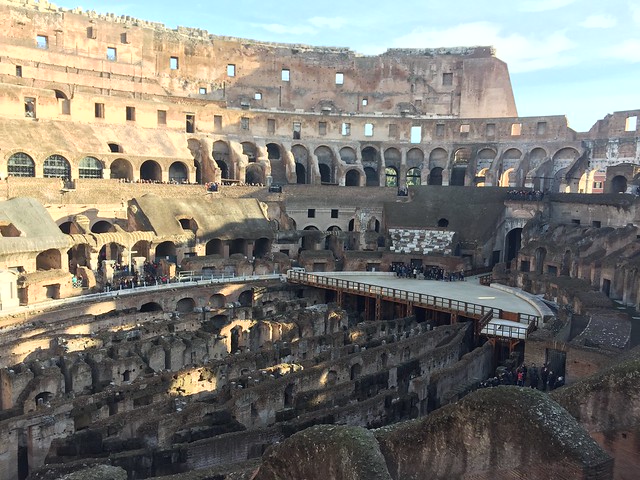 With the fall of the Roman Empire in the 5th century, the Colosseum was abandoned.

In the Middle Ages it became a fortress occupied by the powerful Frangipani family.
Later, it was plundered of its precious travertine (which is stone), and marble stripped from it was used to decorate notable buildings such as Palazzo Venezia, Palazzo Barberini and Palazzo Cancelleria.
It was also said to have been turned into a hospital, a natural garden, a village w/a multitude of families and workers, and always, a religious prayer ground. Today, it's one of Rome's most popular tourist attractions. 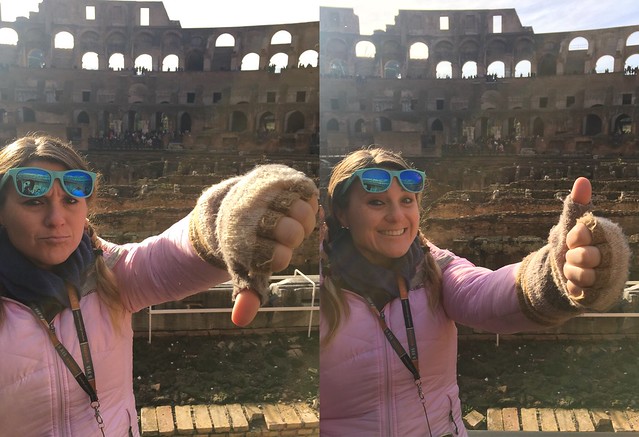 As the legend goes (and the interpretations commonly incorrect), spectators would vote on the fate of wounded gladiators with their thumbs, giving the editor (the final decision maker who was generally the one who organized and paid for the games) an idea of spectator favorite.
Thumbs UP means kill him! Deliver the final blow!
Thumbs DOWN means drop your sword, save his life! (we thought it was opposite too). 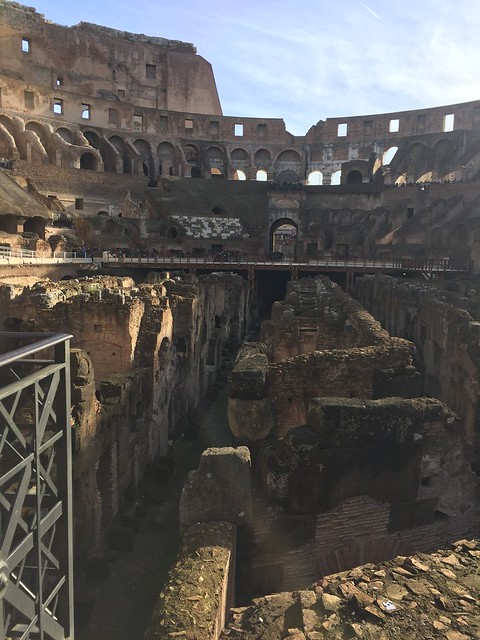 If you can, imagine a floor upon this ruined maze. This would have served as the ground floor of the arena where the slaughterings ... errrr ... GAMES took place.
Under was a basement (AKA hypogeum) of chambers, cells, tunnels, passages, and even a pretty complex sewage and water system. Romans loved to be surprised. Novelty 'acts' were applauded. Scenery and costume changes were required. Forests of trees, plants, streams and even mock mountains had to be miraculously produced. The arena had to fill with a whole range of wild animals to different specific timings. Crowd safety had to be considered. Dead bodies of animals, criminals and gladiators had to be disposed of to make room for the next acts. All of these tasks were engineered from beneath the Colosseum.

I can only imagine the stench, the sweat, and the gore from the games above. Hell on earth.
Courage. Confidence. Determination.
If You Never Tri, You'll Never Know!