Wear your mask like someone's life depends on it 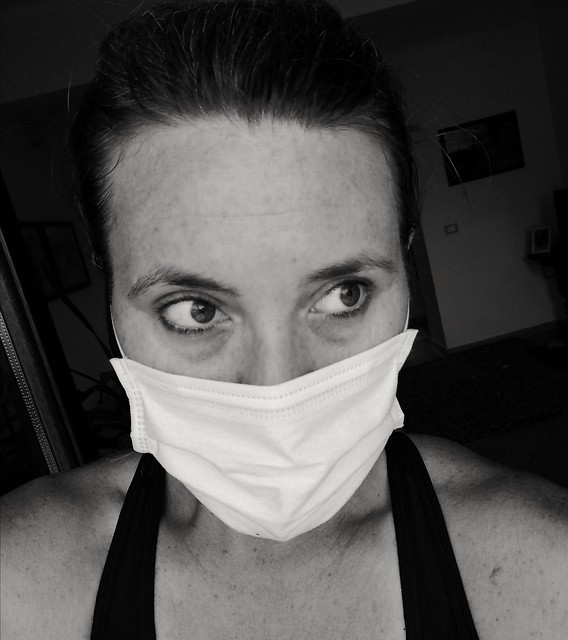 But seriously, what's the big deal?
Why is this such a fight?
Why is this the rule you have such a hard time accepting?
Infections are climbing, people are dying, and if this one little guideline might protect you or another human life, why is it a problem?

Wearing a mask is simple, it's cheap, and it's effective - don't fight me on this one, it's been medically and scientifically proven - and unless you are personally running tests battling its' effectiveness, let the professionals have the last word. Even more, "Is it not better to adopt a possibly imperfect protective measure, rather than waiting for more evidence at the expense of human lives?"

You don't have to wear them at home or playing outside...it's just in enclosed public spaces. Put it on, complete your task, go home. Good hygiene, common courtesy, and potentially the best path to pandemic recovery. Italy did it. We ARE doing it and guess what? Our numbers decreased and the country, the people - we are recovering.

“It’s a free country; I can do what I want” sounds charming when it comes from a child.

Your freedom includes exposing other people to a potentially deadly virus?
What’s to resist about showing respect to your fellow Americans?
Why turn a straightforward public health issue into a political one?
The virus doesn’t care whether you’re a Republican or a Democrat. It is ravaging all parties, all states. All it cares about is finding open mouths and nostrils.

"But I can't breathe" - neither can those who are isolated in the hospital on ventilators.
Neither could I as I laid on my couch begging not to get worse or die.
You think you can't breathe with a mask on - better pray to all that you believe in that you don't get the virus with all its respiratory infamy.

It's not just about you. It's a social responsibility.
Wear your mask like someone's life depends on it.